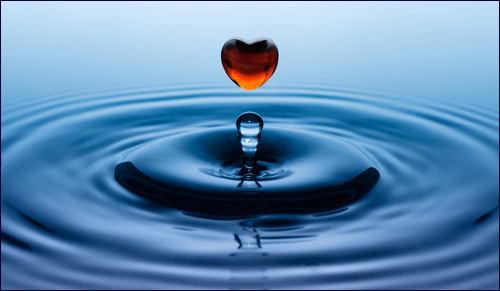 One woman’s selfless act of donating her kidney has unforeseen reverberations.

It takes a special type of person to be a kidney donor. Donating a piece of oneself and exposing oneself to risk represents a whole new level of giving. Yet most kidney donors I’ve spoken to insist that they wouldn’t hesitate to do it all over again if they could!

Tamar is one such special person. In our town, everyone knows that Tamar is always willing to help anyone in need. Then she announced that she was in the process of being cleared for kidney donation. A physician herself, Tamar knew that a person only needs one kidney, but for many of us, the thought of not having a spare is unsettling. But Tamar was grateful for the unique opportunity to literally save someone’s life.

On a beautiful fall morning, Tamar went under the knife at Mt. Sinai Hospital in New York City. Her kidney was given to a woman who was desperately trying to hold on despite total kidney failure. Thankfully, the transplant went well and the young mom got a new lease on life.

Over the next few months Tamar had less energy, but her strength eventually returned and she was back to her old self in less than half a year.

This is just the beginning of the story.

A few months later, Tamar was invited to be a guest speaker at a weekend retreat where she was asked to share her experience of donating her kidney, with the hope of inspiring others to amplify their generosity as well. One of the participants at the retreat was a middle-aged man by the name of Jonathan. He was at the retreat because his wife had dragged him along. Yet when Tamar began talking about her experience, Jonathan was mesmerized and captivated by her tale of kindness.

When he got home, Jonathan went to the website of Renewal, the non-profit organization that facilitated Tamar's kidney donation. He read the testimonials, perused the website and was further inspired. A short while later he contacted Renewal to begin the screening process to become a kidney donor. Within the year, Jonathan had surgery and donated his kidney to a young man who had been suffering renal failure. Tamar's kidney donation had saved a second life. But the saga was not yet over.

Six months after Jonathan donated his kidney, he went back to Mt. Sinai for a post-op follow-up. During this routine examination, doctors identified a suspicious growth on his thyroid, which was subsequently diagnosed as an early stage of cancer. The tumor was promptly removed and Jonathan was given a clean bill of health. The doctors informed him that had he not donated a kidney and required a post-op examination, in all likelihood his tumor would not have been discovered until a much later stage, which could have had a very different outcome, God forbid.

Each of us can choose to be givers in our own small or grand way. And we never know the ultimate impact our act of kindness may have.

Alex Jones and the Info Wars

Has Social Media Us Made Stupid?
Is Grease the Word?
Dried Fruit Compote
Scientific Curiosity and the Divine Encounter
Comments
MOST POPULAR IN Current Issues
Our privacy policy
Aish.com Is Looking for Great Writers