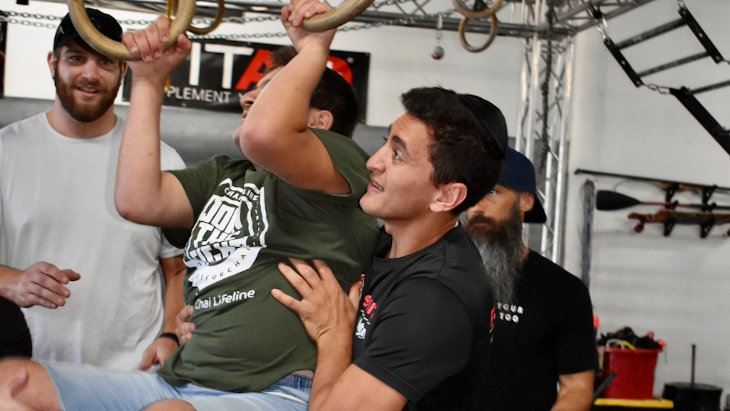 A new program is enabling kids with disabilities to push their limits and accomplish the seemingly impossible. 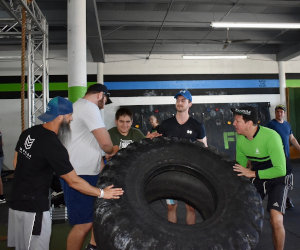 Ari Cohen of Boca Raton, Fla., was born with a rare chromosome disorder called Trisomy 9 Mosaic. Many infants do not survive it. Indeed, doctors said Ari wouldn’t live past his first birthday. And if he did, he wouldn’t walk.

Today he is 16 years old and recently participated in a Climb for Life, thanks to a dream and team led by Michael Neuman of Miami Beach, who in 2019 became the first Orthodox Jew to defeat a professional athlete and win third placeon the CBS show “Million Dollar Mile”. 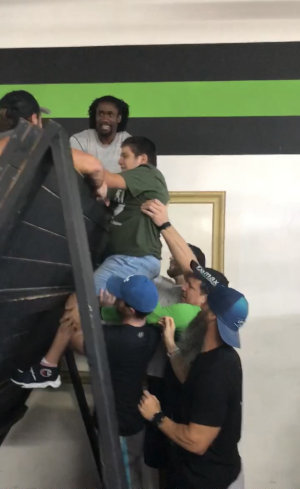 “I could not imagine my son would be climbing rock walls and pushing 500-pound tires,” exclaimed Leah Cohen, referring to some of the obstacles Ari conquered. “He was on a professional football player’s shoulders. Other volunteers were holding him. You know how they say a picture speaks 1,000 words? The picture of that day spoke every word Ari can’t say.”

Suffering from spinal bifida along with other physical problems, Ari doesn’t speak. But that didn’t stop Neuman and his team from training Ari and other special-needs youths to prepare them for an upcoming race.

As Leah Cohen tells it, “They said, 'We don’t care what your disability is. In this space, we are all together, we are all warriors. If you can’t do something, we are going to literally lift you and take you through this course.' They literally made Ari do this course.

When I watched him I didn’t see his disabilities.

“When I watched him I didn’t see his disabilities, even though I knew they were there. My son was doing things I couldn’t even imagine he could do. These warriors became part of our village after that day. When they say Climb for Life, that’s what it is.” 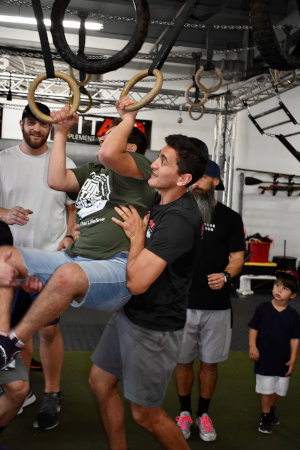 Her and Ari’s excitement moved Neuman to tears. A psychotherapist and elite Spartan racer, he had wanted to make a difference in the world. So he decided to use some of his $25,000 TV show prize money to start the Jewish Inspiration Foundation. It partnered with Chai Lifeline – an international health support network for seriously ill children and their families – to develop the Climb for Life wellness program. Climb for Life takes children and teens with physical challenges and pairs them with volunteers to accomplish the seemingly impossible.

“Instead of having others raise money by running or biking on behalf of others, I wanted to help impact these kids directly,” Neuman explained. “You can’t imagine how meaningful it is when you lift a kid in a wheelchair over a 10-foot wall. That child feels incredible and you’ll be moved to tears yourself.” 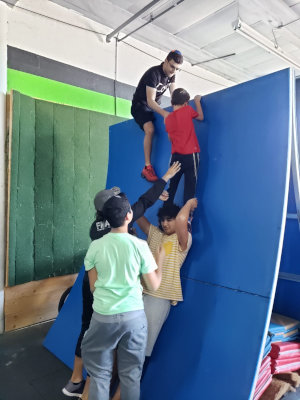 He shed tears of joy when Cohen told him what Climb for Life has meant to Ari. “Is your goal to change one person’s life?” she asked Neuman. “Well, you succeeded. My son’s life has changed. It forever gave Ari confidence to get out there, and we have a whole new support network.”

She told Aish.com that the day Ari conquered the literal and figurative barrier of a rock wall was one of the best days of their lives. “They lifted him, but to Ari, he was doing it.” The triumph was even more precious because it came on top of a hard week, with new medical diagnoses.

Now Neuman has set his sights on changing more lives. In April, he and his army of volunteers will assist Ari and others through an actual Spartan Race, a series of obstacle challenges of varying distance and difficulty.

As one who loves playing every sport, from basketball and football to bowling and Ping-Pong, Neuman grew up Sabbath-observant, so could never compete against top athletes because the youth leagues always met on Saturdays. 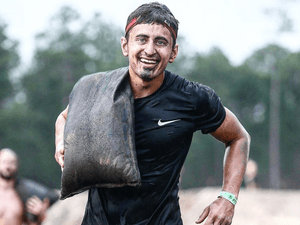 Then he found Spartan Racing, with times that worked for his schedule. He relishes the feeling of accomplishment the sport provides. “Climbing over 10-foot walls, carrying buckets of rock, I wanted to quit, but I didn’t. I thought of what that feeling could do for others,” he said, explaining the impetus for his foundation.

“Giving up doesn’t prepare you for the next time you face the wall. By persisting you learn more skills to have in your toolbox.”

Climb for Life not only is meant to inspire the young participants and their volunteer assistants, but also the audience – as Neuman puts it, showing everyday people anything is possible. To that end, the Spartan Race will be streaming live on Facebook April 26. 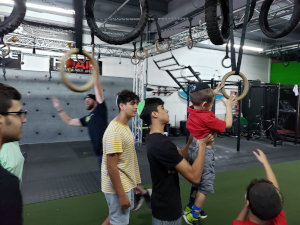 Cohen encourages other parents to sign up their children. “If people are not in the medically fragile world, they don’t comprehend what it is like even to go out to the grocery store. You need to have the medication, change of clothing and special-needs stroller folded in the back of the car. I want to tell everyone it is so worth it. What we got out of that day was so much more than the hardship to get there.

“Michael and his team totally re-instilled my faith in human kindness. The joy on their faces was almost as big as what Ari and I felt.”

To learn more about Climb for Life, visit https://jifoundation.org and watch this video:

Pain, Horror and Fear in Minneapolis

Made In the Image of God
Korach 5782: Visit to Lift the Spirit
That Time The Ivy League Found A Way To Limit Jewish Enrollment
Would You Rather Be Right or Happy?
Comments
MOST POPULAR IN Current Issues
Our privacy policy