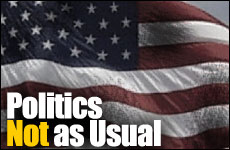 As Holocaust refugees, my parents cherished their right and civic duty to vote.

What is it about an upcoming presidential election that gets some of us fired up but leaves others to roll their eyes for months on end?  And, why is it that fewer than 50% of eligible Americans actually vote?

Growing up the child of Holocaust survivors in the 50s, I distinctly remember the heated debates that took place in the run up to the presidential elections. Not between the candidates, but among the heavily accented, greenhorn immigrants who comprised my family.  The passionate discussions would inevitably center around which candidate would be better for the economy, which better to contain the Russian communists and, of course, who would be a better friend of Israel and the Jews.

Invariably my father would be of one opinion, my grandfather another and each of my uncles would chime in with views number three and four, in the choice between just two candidates!  The womenfolk would knowingly smile about the pointlessness of it all as they refilled cups with steaming tea, thinking it was all in good fun, and besides, it kept the men out of the kitchen, to boot.

As they argued, the candidates would come to life in our living room.  Eisenhower vs. Stevenson, Kennedy vs. Nixon, Johnson vs. Goldwater and Nixon vs. Humphrey, each match seemed an epic battle between American heroes and statesmen, high minded public servants all.  Were my folks, with their passionate debates and endless political discussions, naïve?  Most certainly.  After all, it marked a far less cynical time in American history. But there was something more important happening beneath the surface.

These people had just survived the brutal totalitarianism of Joseph Stalin and the genocide of European Jewry by Adolph Hitler, may their names be erased.  They witnessed their children, brothers, sisters, parents and grandparents tortured and murdered by governments, armies and people with absolute power. They were completely helpless as they watched all that was precious to them viciously annihilated.   There was no way to voice their anguish, no avenue to pursue justice and no path to beat to the nearest media outlet.

As they arrived in New York, everything changed.  They discovered democracy.

They were as powerless as any human could be.

But as they passed Lady Liberty and arrived in the port of New York, everything began to change. No longer would the words “official” and “government” inspire terror. Instead they would begin to represent a strange, but wonderful new idea: democracy.

These proud, recently naturalized American Jews had a deep appreciation for freedom, human rights and most of all representative government. To a Holocaust survivor, the words of the American Declaration of Independence were a tonic and elixir:

We hold these truths to be self-evident, that all men are created equal, that they are endowed by their Creator with certain unalienable Rights, that among these are Life, Liberty and the pursuit of Happiness.

Judaism places a great emphasis upon hakarat hatov, which literally means “recognizing the good,” carefully noting and appreciating every blessing in our lives.  Recognizing the good leads to humility, fulfillment, happiness and love of God.  But sometimes recognizing the good can be challenging, especially when we live in a society of unparalleled materialism. It is easy to take abundance for granted when there is no real starvation and hunger with which to contrast it.

As refugees, my parents did not take for granted the greatness of the United States of America. They sang her praises, appreciated her freedoms, embraced her economic opportunities and, above all, cast their votes in every single election, no matter how trivial or inconsequential.  They excitedly exercised their right to participate in the greatest democracy the world had known.  They saw it as a civic duty and obligation.   And, unlike the vast majority of jaded Americans who take liberty for granted and simply do not vote, they cherished the notion that they had a say -- equal to anyone else in the entire country -- in how America would be led and managed.

They loved America.  They loved freedom.  They could not fathom anyone ever missing an opportunity to participate in democracy by not voting.  And because of that, they relished the opportunity to talk politics.

The Curse of Social Distancing
Don’t Believe in Other Gods Versus God is One
Seeing Without Eyes
Why Shouldn’t We Eat Whatever We Want?
Comments
MOST POPULAR IN Current Issues
Our privacy policy
Aish.com Is Looking for Great Writers