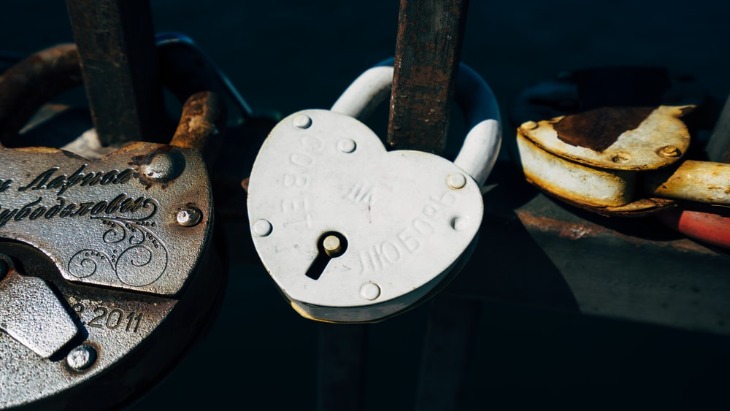 Self-Talk of Persistence and Perseverance

If Pharaoh’s actions are imposed upon him by God, how can he be held accountable and be punished for those actions?

One of the curious, even troubling, details of the episode of the Ten Plagues is God’s hardening of Pharaoh’s heart, in which God essentially forces Pharaoh to refuse to free the Israelites despite the suffering being inflicted upon him.

If Pharaoh’s actions are not free but are imposed upon him by God, how can he be held accountable and be punished for those actions?

Perhaps it is not Pharaoh, alone, whose freedom of choice is inhibited. Rabbi Eliyahu Dessler (1892-1953) explains that while free choice is an essential human quality, it only exists at what he calls the “nekudat ha’bekhira,” the point of choice. Using the analogy of traditional warfare, he explains that just as the battle between two combatants occurs only at the point of engagement or at the battlefront, while the territory on either side of that front is firmly in the hands of one or the other of the combatants, so too, man’s freedom to choose is limited to situations where there is tension between two competing interests of equal force at play.

For example, one who is torn between choosing to give a generous donation to an important charity cause or using that money for a new car he had been planning to purchase would involve genuine free will in whichever decision he ultimately chooses. In contrast, small acts of charity that involve little self-sacrifice are not within the realm of free choice for that individual because he will not hesitate to perform them. Similarly, to completely deny himself of material luxuries is not within the realm of choice as he is not capable of such extreme self-negation.

The battle lines of free choice do not remain fixed.

For others, the battlefront lies elsewhere. The gang member who has been taught to steal and murder is incapable of giving charity at all. For him, the point of choice may be whether to commit a violent crime or not.

It is also true, Rabbi Dessler asserts, that just like in war, the battle lines of free choice do not remain fixed. For the individual for whom giving charity is the point of tension, by making the moral choice he conquers new territory such that it will be now easier for him to make the same choice on future occasions. Eventually, after choosing to give charity enough times, this may no longer be a point of tension or an exercise in free will for that individual. The reverse is true as well.
As such, the reality is that many of our so-called ‘choices’ in life are, in fact, not choices at all. Rather, they are decisions we are conditioned and habituated to make. One could even say we are enslaved to those choices.

Pharaoh’s Free Will and the Ten Plagues

Let us now explore how Rabbi Dessler’s definition of free will would apply in the case of Pharaoh.

Note that through the first five plagues it is Pharaoh who stiffens his own heart. And yet, we find that there is genuine tension in his decisions each step of the way. In fact, that tension appears to intensify with the progression of plagues. During the first few plagues (i.e. blood and frogs), Pharaoh’s choice to resist is bolstered by his magicians’ ability to duplicate the plagues. However, Pharaoh’s defiance of God is put to the test when, beginning with the third plague (lice), the magicians are unable to replicate God’s wonders, and then, further, when God begins to discriminate between the Egyptians and the Israelites in enforcing the plagues (beginning with the fourth plague of wild beasts).

Indeed, it is during the fourth plague that Pharaoh bends for the first time, as he is finally prepared to negotiate with Moses on the prospect of the Israelite’s being given the freedom to worship their God (8:21-24). It almost appears that God is trying to encourage Pharaoh to make the right decision without stripping him of his dignity and the freedom to choose.

But while Pharaoh bends, he does not break. Indeed, with each act of resistance, he only strengthens that resistance and enslaves himself to further defying God.
It is with the onset of the sixth plague (boils) that, for the first time, God hardens Pharaoh’s heart. And it is also then that God informs Moses that He will now begin to show His true power and glory to Pharaoh, striking at the Egyptians with an intensity unrealized until that point. The hail, locusts, darkness, and the slaying of the first-born are afflictions such that Egypt had never experienced- “so that you will know that the earth is God’s.” (9:29)

With Pharaoh – by his own doing – no longer capable of choosing to submit before God, there is no longer any purpose in trying to help him make the correct choice. Rather, this becomes the perfect opportunity for God to demonstrate His true grandeur. Of course, under such extreme conditions, even Pharaoh is prepared to submit. However, such submission would not be through any freedom of choice but only a reflex response to the unbearable suffering he is forced to endure. As such, God’s strengthening of Pharaoh’s heart, in fact, only helps Pharaoh act in accordance with his true nature and temperament.

Because Pharaoh dictates that enslavement, it is he who bears responsibility for it.

Pharaoh is no more or less free in his choices than we are in ours. Like each of us, most of his decisions in life are habitual. In those few areas in which he has genuine choice, he makes the wrong choice, thus, leading himself into greater enslavement towards wickedness. And because he dictates that enslavement, it is he who bears responsibility for it.

Freedom is never without significant limitations. Indeed, in seeking freedom for His people, God commands Pharaoh, “Send out my nation so that they can serve me- “vaya’avduni”. The more literal translation of vaya’avduni is, “so they will be enslaved to me.”

Free people are servile as well. The difference between a free person and a slave is that the free individual chooses whom he serves. In choosing God, the Jewish people choose a life of sanctity and virtue with the hope of becoming so habituated to righteous behavior that there is no longer any tension or struggle in choosing to do what is right and good.

Rabbi Gavriel Lakser received his rabbinic ordination from Yeshivat Hamivtar and Rabbi Zalman Nehemiah Goldberg zt”l. He is Director of Jeff Seidel's Jewish Student Center in Herzliya and was formerly Co-Director at Meorot seminary and Tochnit Shalem. He has published in Lehrhaus and on his blog at Times of Israel. Rabbi Gavriel lives in Jerusalem with his wife and 3 children. 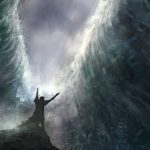 The Miracle of the Red Sea in Our Lives3 min read 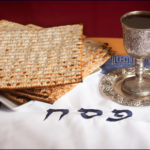 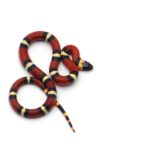 Straightening the Bent Path: The Secret behind the Staff of Moses5 min read 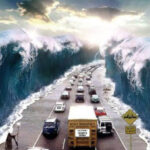 How We Can Perform Miracles Today3 min read