How Is Suffering Fair? 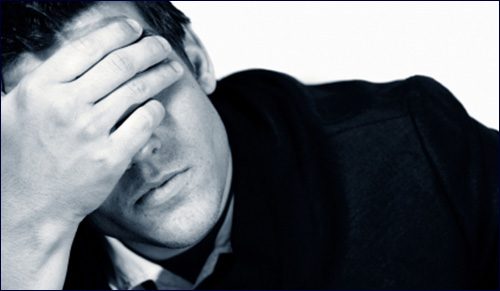 Every thinking person, at some point in his life, has to come to grips with the question of human suffering. It is a question that plagued none other than Moses himself!1

Although much ink has been spent on this subject by many distinguished people throughout history, I would like to presume to add my own two cents.

The Affluent of Yesteryear: Beggars of Today?

Let us begin the discussion by asking what makes an experience good or bad?

Basically, we judge our situation by comparing it with previous situations that we have already sorted into categories of pleasantness versus unpleasantness, and rate it accordingly. Therefore, an experience can be said to be subjectively good or bad.

To illustrate, a rich person in earlier generations who would have thought he was living in heaven would today be looked at as having lived in deplorable and unlivable conditions!

Sure, he lived in a palace, but can you imagine? No fridge, no air-conditioning, and no cars or phones either!

The “rich” person looks at his condition favorably simply because he has never experienced anything better by which to gauge his current level of living.

The opposite of this is also true.

A child thinks that the problems he encounters are devastating and earth-shattering because he does not yet have the range of experiences by which to rate what is truly bad and what is truly good. As he gets older, his spectrum widens and his perspective changes accordingly.

He realizes that having to wait longer than ten seconds for his toy is not the worst problem he will encounter, and that it doesn’t really matter in the scheme of things!

Determining a Trait by Observing Deeds

A second point; If you want to test a child in order to find out if he is the type of person that perseveres when challenged, you give him a challenge suitable to his personal constitution and limitations.

When a child works hard at catching a ball, or passing a test, you can ascertain that he has the trait of perseverance and his display of this trait will not be limited to that particular task alone. One may then safely assume that as the child grows older he will apply that trait to even greater challenges to come.

God wanted us to test our unwavering devotion to faith. But here enters the problem; if we see the full extent of the good that awaits us by passing the test, the “bad” experiences sent to challenge faith would have to be altered accordingly, and that would be daunting indeed. Therefore, God simply restricted and limited our field of vision so that our perspective of good experiences versus bad experiences would be “child’s play” compared to the unparalleled good that would completely nullify and overshadow any experience that we may have previously encountered.

When we pass the test and cling to faith, we have proven that we carry and own the trait of emunah, (belief in God) and it therefore stands to reason that we would behave accordingly even if our “perspective was widened” and we would be tested at a much higher level.

As such, God has no need to test us further, for we have already indicated our possession of the traits involved.

The reason why events sometimes appear so dismal is because we are judging our experiences only relative to the “good” experiences in this world.

Ergo, the difficult and painful events we encounter in life may not be as bad as we make them out to be when looked at from the true perspective.

This understanding occurred to me while reciting the chapter of Psalms Shir Ha’Malos before Grace after Meals. There, the sentence states,2

“A Song of Ascents; When God returns the captives of Zion we will be like dreamers.”

This is referring to the Babylonian Exile which lasted for 70 years. The Talmud in Ta’anis3relates how Choni Ha’Maagul asked on this verse, “Can a person really sleep for 70 years?”

It is apparent that he understood the verse to mean that after redemption the entire Exile will be, in retrospect, like a dream.

Both commentaries the Radak and Metzudas Dovid explain that compared to the bliss of the redemption, all the trials and travails of the bitter exile will have been like a fleeting dream.

Along the lines that we have been formulating above, we may explain that when a person dreams, he may be wholly convinced that what he is “experiencing” is of utter importance, and that his dire predicament is truly devastating.

It is only upon awaking that he realizes that he had attached much too much importance on his “predicament” and that his judgment of the situation was baseless and flawed.

Terrifying nightmares can be actually quite humorous when seen in their proper context.

It is with this type of approach I believe we can view human suffering; perhaps it is being viewed out of its proper context.

These words may be very hard to hear — how can we look at the horrific tortures we have endured throughout history and say they are being viewed “out of context”? That is a valid point, but the truth is that we say this because we are still in the middle of the nightmare.

We have a one-up over the dreamer, however, and that is that we can realize while we are in the middle of the nightmare that it is just a dream and anticipate our awaited awakening.

A Broader Spectrum of Reality

With this in mind, perhaps we can better understand the phenomenon of “the suffering of the righteous (Tzaddik).”

It’s funny, I don’t think it’s usually the righteous that are complaining about their fate — rather it is the people who aren’t righteous observing the Tzaddik’s plight that are doing the questioning!

I think this is because the Tzaddik’s perspective of good is much more developed and closer to the truth than a regular person, and he is tested accordingly.

His tolerance level is much higher than the rest of humanity, for he weighs his experiences against a very palpable and eclipsing goodness!

It is only the person of lesser stature, then, who is troubled by the Tzaddik’s suffering — because he does not grasp the full picture.

Perhaps there is a special advantage, too, in the Tzaddik’s “heightened” test. We have explained above that God tests us on a level relatively lighter and easier than reality would demand, but God, in His kindness, considers this enough (compromising, that we simply indicate our possession of the trait involved).

The Tzaddik, on the other hand, can be tested on a level closer to the truth. When he stares at the true face of evil and goodness, and passes the test, the resultant Kiddush Hashem (Sanctification of God’s Name) is that much greater.

Perhaps this is what is meant when the Sages said:

The attribute of Justice would require that we be tested against a much more exacting level, parallel to the good waiting for us if we succeed!

But, since we would most probably prove incapable of actually passing those tests, the tests, including the perception of the good to be attained, was lowered many notches.

If so, we can readily understand why we find certain Tzaddikim that were judged only with the Attribute of Justice.5 They merited to create a much higher level of Kiddush Hashem through their mitzvah observance, for they were tested at the level of true reality — no compromises.

If this is the case, it behooves the person who lives a life tasting the true, sweet pleasure of Torah to hold himself to a higher standard since his accountability will be set according to his understanding of the Goodness that awaits in the True World.

Indeed, this is what we are taught6: “God judges those who fear Him ‘to a hairsbreadth.’”

Perhaps now we may also understand Moses’ request to God, “Show me Your Glory7,” which he asks after begging to understand the enigma of “the suffering of the righteous.8”

Moses was asking for a revelation into the goodness of God.

If he could grasp the extent of God’s awesome kindness, this would automatically grant him an understanding of the phenomenon of the suffering righteous, because it would give him a truer perspective required to form a mature outlook on the comparative relativity of good versus bad.

God is not so easy to judge after all.

Excerpted from the recently published book The Deeper Meaning. Spanning a broad spectrum of topics, The Deeper Meaning addresses questions such as "Why do we cry when someone dies?” and "Why is it so hard to be good?”. From free will to Shabbos, to self-esteem, this book makes for a fresh and thought-provoking read; bound to leave you with more ideas to think about, and a deeper appreciation of our everyday life. Click here to order.

Rabbi Uri Kestenbaum lives in Toronto, where he is a rebbe in yeshiva. He is the author of The Deeper Meaning. Have you ever wondered why people are so interested in listening to stories? Or have you thought about how we can relate to Hashem if we can’t actually see Him? There are so many questions that we have thought about at one time or another, but push those questions from our minds for lack of satisfying answers. This book is about revisiting those questions and discovering the depth and meaning hidden in these seemingly simple subjects. Spanning a broad spectrum of topics, The Deeper Meaning addresses questions such as "Why do we cry when someone dies?” and "Why is it so hard to be good?”. From free will to Shabbos, to self-esteem, this book makes for a fresh and thought-provoking read; bound to leave you with more ideas to think about, and a deeper appreciation of our everyday life.

King David and the Art of Admitting Your Mistakes

Things Life Has Taught Me About Judaism

Judaism and the Multiverse
Can You Show Me This "God?"
How to Become Immortal
Judaism and Mental Health
Comments
MOST POPULAR IN Spirituality
Our privacy policy
Aish.com Is Looking for Great Writers