Changing the World, One Dollar at a Time 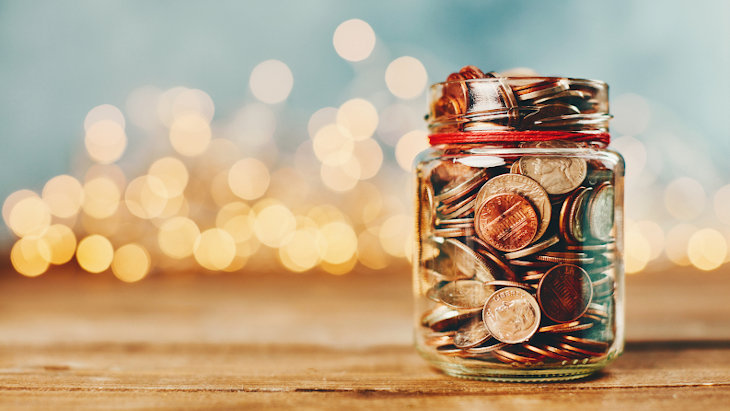 DailyGiving.org provides an opportunity to perform the mitzvah of tzedakah every day.

In addition to Daf Yomi, learning a page of Talmud a day, there is another opportunity to engage in the performance of a daily mitzvah…and it’s as easy as signing up on a website.

It’s called Daily Giving – Tzedakah Yomi – and it’s a simple and inexpensive way to guarantee that you perform the mitzvah of tzedakah, charity, every single day for as little as $1.

It was founded earlier this year by Dr. Jonathan Donath, a chiropractor in White Plains, NY, who wanted to figure out a way to automatically allow individuals to give $1 of tzedakah each day. Through the power of crowdfunding, and building a community of givers, DailyGiving.org has already raised more than $500,000 since they began in January 2019.

“Imagine the impact that your single dollar of charity each day can make when it is combined with hundreds and soon to be thousands of others,” said Donath. “And imagine waking up every morning and knowing that no matter what else you might do that day, you have already performed the mitzvah of giving charity.”

Here’s how it works:

Donors sign up to give as little as $1 a day, and decide whether they want their recurring contribution to be charged once a month or once a year. (The transaction fee would be too high to charge daily.) Each day donors receive an email, telling them which of the 42 participating charities received the DailyGiving.org donation that day, and how much was donated. As the number of donors grows, the amount of each daily donation grows—even though each person’s donation amount remains the same.

Donath said that Daily Giving, which is a recognized 501(c)3, takes zero money, and does not spend any of the charitable money it collects on administrative costs. “We are run strictly by volunteers, so every dollar that is donated goes straight to the recipient organizations.”

Daily Giving has a respected rabbinical council, who has approved every one of the tzedakah organizations that receive funds.

“Besides the convenience of being able to automatically give tzedakah each day, there are a number of ancillary benefits to becoming a donor to Daily Giving,” said Donath. “You get exposed to many Jewish charities, and can give tzedakah to a much larger group of worthy organizations that you likely would not be able to do on your own. It’s also a valuable way to teach your children about the importance of tzedakah, as your children can be signed up for the program and receive these daily emails, too.”

Donath said that many of the donors sign up and honor someone publicly or privately with their gift, and some others have memorialized someone who has died to uplift their soul. The organization has also received several requests from people who want to start giving a donation as a bar or bat mitzvah or graduation gift.

All of the charities chosen must be a recognized 501(c)3, and serve the greater Jewish community, not just a specific local community, school, or shul.

Daily Giving is approaching 1,000 individual donors, and it’s the donors themselves who are most outspoken about how wonderful an organization Daily Giving is. Brooke Brodsky of Baltimore, MD, said. “Daily Giving allows me to make a difference to a great number of people with my limited financial means. My contribution, joined with hundreds of others, makes a large impact that I would not otherwise be able to make on my own.”

Daily Giving has big plans for the coming year and hopes to double or even triple the number of donors by the end of 2020. It’s not impossible that by the end of next year, Daily Giving will be annualized at $1-2 million dollars of charitable contribution money.

To sign up for Daily Giving, please visit DailyGiving.org

The Age of Innocence

Just Ask
Were Adam and Eve Jewish?
How I Learned to Love the Multiverse
10 Big Jewish Inventions
Comments