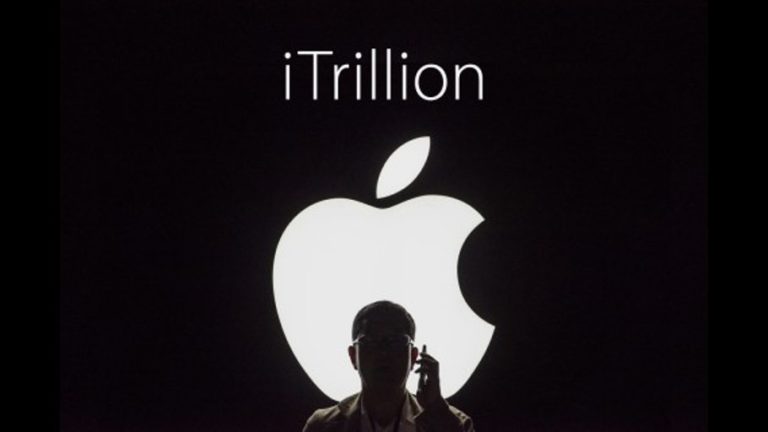 How the most successful company in American history went from near bankruptcy to stunning achievement.

Apple Inc. recently achieved something never accomplished before in American history. It became the first publicly traded corporation to be valued at $1 trillion.

It is a number so large that we can hardly begin to grasp its magnitude. It's a 1 followed by 12 zeros: 1,000,000,000,000. With that kind of cash, Apple could buy one billion people a $999 iPhone X and still have a billion dollars left in the bank. Or Apple could give all 325 million people in the United States a check for $3,076.92. To get a true feeling of how much money $1 trillion is you might want to know that there’s just over a trillion dollars currently in circulation in the entire United States.

Even more remarkable, in 1997 Apple stood on the brink of bankruptcy and was just a short step away from going broke. Steve Jobs later revealed that the company was about 90 days away from total insolvency.

There’s a message here that needs to be constantly remembered, whether we’re talking about a major corporation or our individual finances, whether we’re concerned with failure of a billion-dollar business or family disasters which seem to doom us to personal ruin.

Steve Jobs himself verbalized that idea in such powerful manner that it is considered to be one of the most powerful and inspiring commencement addresses ever given.

In 2005 Jobs addressed the graduates of Stanford University. He chose to tell them what he called simple stories. They had one underlying theme: the blessings we can accrue from struggles with adversity.

Jobs told the students how he started Apple in his parents’ garage when he was 20 years old. In ten years Apple grew from two founders into a $2 billion company with over 4000 employees. And then, just after he turned 30, Jobs was fired from the company that he himself started. The Board of Directors sided against him and he had to endure public shaming, as well as, it would seem, the end of his career.

In retrospect, here is the essence of what Jobs told his audience of graduates:

I didn't see it then, but it turned out that getting fired from Apple was the best thing that could have ever happened to me. The heaviness of being successful was replaced by the lightness of being a beginner again, less sure about everything. It freed me to enter one of the most creative periods of my life.

If today were the last day of my life, would I want to do what I am about to do today?

From there, Jobs turned to the theme of living with the realization of one’s mortality, an idea that parallels the rabbinic exhortation to always remember “the day of death”:

My last story is about death. When I was 17, I read a quote that went something like: "If you live each day as if it was your last, someday you'll most certainly be right." It made an impression on me, and since then, for the past 33 years, I have looked in the mirror every morning and asked myself: "If today were the last day of my life, would I want to do what I am about to do today?" And whenever the answer has been "No" for too many days in a row, I know I need to change something.

Steve Jobs returned to Apple years later and turned it into the giant it would become by way of his genius. He understood setbacks were merely stepping stones to greatness. Downfalls are not permanent; failures are trials meant to make us stronger. The first tablets containing the Ten Commandments, written by God himself, were smashed and did not last; it was the second set, the one illustrating human effort and unwillingness to give up after the first failure, which remained.

The story of Apple and its success is a story of life after failure. It is the victory of hope over despair, of courage over anguish, of optimism over despondency and depression. In a very real sense Apple can be an inspiration to every one of us as we struggle with seemingly insurmountable difficulties, as we face trials which appear insurmountable, as we are challenged by life’s complications.

On Rosh Hashanah we dip an apple in honey as a symbolic reminder of our hopes and dreams for sweet success and blessing in the new year. The Jewish people are compared in to the apple: "As the apple is rare and unique among the trees of the forest, so is my beloved – Israel – amongst the maidens (nations) of the world" (Song of Songs, 2:3).

This year perhaps it may offer us yet another message: Apple, the company, was on the very precipice of ruin - yet today it is financially the most successful company in American history.

Faith in God, in the Jewish people, and in our dreams will hopefully also bring us through difficult days to years filled with blessings.

Praying for the Government

How a Spate of Synagogue Bombings in the 1950s Is Impacting Us Today
It Takes A Lot Of Faith To Be An Atheist
How Instagram Brought Back This Nostalgic Soup
What Makes Eli Run?
Comments
MOST POPULAR IN Current Issues
Our privacy policy