Rabbi Manischewitz and His Iconic Company 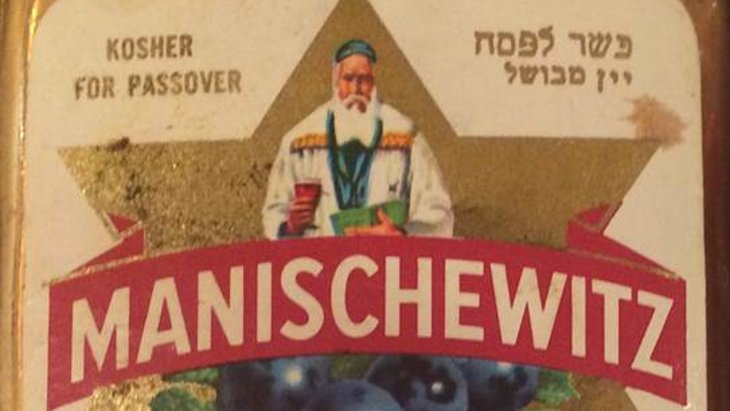 The 131-year-old Manischewitz Company is being sold.

The 131-year-old Manischewitz Co. has announced that it’s selling its entire kosher food business to the Kenover Marketing Corp. It’s the latest step in the century-old evolution of one of the world’s most beloved kosher brands. Few people realize that Rabbi Manischewitz was a real person who single-handedly changed the way many people approach kosher food.

He was born Dov Behr Abramson in Lithuania in the year 1858 and as a young man he studied with the renown Jewish scholar Rabbi Yisrael Salanter. In her 2008 memoir about her family, Dov Behr’s great granddaughter Laura Manischewitz Alpern recalls that he was immensely proud of his Jewish studies. “Rabbi Salanter is a great man, a great scholar,” Dov Behr told his wife Nesha soon after they were married. “The rabbi teaches us to look at learning in a new way...called Mussar, which means concentrating on morals, that is, on moral improvement” (quoted in Manischewitz: The Matzo Family by Laura Manischewitz Alpern, Ktav 2008). For Dov Behr, as for all of Rabbi Salanter’s students, being kind and good was a fundamental goal. 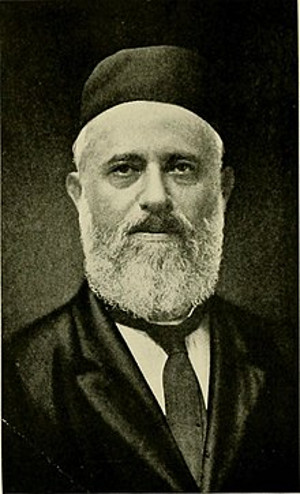 Dov Behr became a rabbi and worked as a shochet, or Jewish slaughterer. The rules of shechita are complex. The fact that Rabbi Dov Behr had studied with the eminent Rabbi Salanter helped him to be in high demand; kosher consumers trusted Dov Behr’s high religious and moral standards.

In the late 1800s, Lithuania was ruled by Russia and life was terribly hard for Jews. Many were forced into long years of service in the Russian army where a stated goal was to encourage Jews to abandon their heritage. Dov Behr and Nesha hoped to escape and soon they had a chance to emigrate to America. A group of Jews from Lithuania had moved to Cincinnati and were looking for a shochet: would Dov Behr join them in America and take the job?

It wasn’t easy to receive paperwork to emigrate. In the end Dov Behr bought the passport of a dead man named Manischewitz and had to change his last name. In 1888, he and Nesha and their three children set sail, moving from Lithuania to the Goldena Medina or Golden Land, as America was called. A far-away place called Cincinnati was to be their new home.

There, Rabbi Manischweitz worked to uphold the highest kosher standards. He sold kosher meat and when the Jews of Cincinnati had trouble finding matzah for Passover, he began making matzah for the community. Soon his company “Cincinnati Matzah” was a major supplier in the area. When a competitor began also using that name, Rabbi Manischewitz changed his new company’s name to Manischewitz. 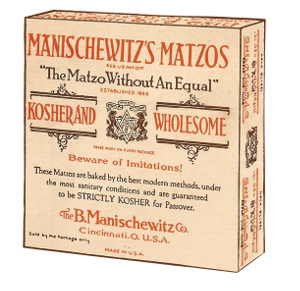 At the time there was a major debate in the kosher world about whether or not matzah could be made by machine. Since absolutely no chametz (grain that has come into contact with moisture for 18 minutes or more) is allowed on Passover, the rules of making matzah are very strict. For thousands of years, matzah had been made by hand in small batches. (In fact, a lot of matzah today is still made this way.) Yet by the early 1900s more and more food production was becoming mechanized, and matzah was no exception.

The first mechanical matzah maker was invented in 1838 by a French Jew named Isaac Singer, but some rabbis had grave concerns. With all the small parts in matzah-making machines, some authorities were worried that pieces of dough could became caught in crevices, becoming chametz and mixing with new batches of matzah. Another concern was using machines to make matzahs in the traditional, round shape that was associated with hand-made matzah. Since pieces of dough had to be cut off of sheets to make the round shape, rabbis were worried that these scraps of leftover dough might accidentally become chametz before they were mixed in with the rest of the matzah dough.

Rabbi Manischewitz helped address many of these problems. He consulted with prominent rabbis of the day both in Israel and in New York, and came up with a method of producing machine-made matzah that met kosher standards. His method involved three different machines: one to knead the matzah dough, a second to roll it, and a third to bake the matzah in special gas-fired ovens. In order to avoid any potential problems of reusing dough scraps that making round matzahs might entail, Rabbi Manischewitz’s matzah sheets were among the world’s first to have a distinctive square shape.

Confident in the high kosher status of his product, Rabbi Manischewitz advertised it as “the most kosher matzot in the world”. His customers had confidence and Manischewitz became a popular brand. As his business flourished, Rabbi Manischewitz began to support numerous charities. “The Zionist movement needs our support,” he told Nesha in 1901, and encouraged her to immerse herself in charity work especially related to Israel. For a time, Rabbi Maischewitz even funded a small yeshiva in Israel named Manischewitz.

As Manischewitz matzah gained popularity, Rabbi Manischewitz added innovative new products. One day, Dov Behr saw Nesha crushing up pieces of matzah to put into soup. Soon, he was selling ready-made “farfel” matzah pieces so their customers could enjoy the same garnish too. 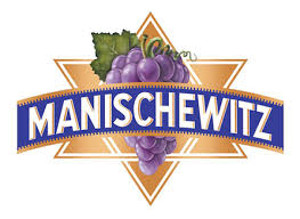 In time, Manischewitz matzah was helping Cincinnati Jews not only celebrate Passover, but also get a taste of the Jewish food of their childhood. Nesha Manischewitz’s great granddaughter recalls a family story about Nesha’s very first friend in America, an assimilated Jewish woman named Henrietta who befriended the Manischewitz family when they first arrived and she met with them to give them charity. At Nesha’s urging, Henrietta began to buy matzah at Passover time, something she hadn’t done in years. With Nesha’s encouragement - and Rabbi Manischewitz’s matzah - Henrietta and her family held their first Passover Seder. The experience was magical, she confided in Nesha afterwards, and helped bring the family back to their Jewish roots.

The Manischewitz company began to branch out into other kosher foods in 1940, producing kosher soups, canned goods, jams, gefilte fish, frozen foods and other items. In 1956, the company produced over 70 kosher foods, and Rabbi Manischewitz’s son Bernard told The New York Times that by making kosher food so easy to procure, his company had helped bring about the biggest change in Jewish housework since Biblical times.

Despite its intensely Jewish identity, Manischewitz became an iconic American brand. In 1973 Apollo 17 astronaut Gene Cernan even repeated the then-popular Manischewitz advertising slogan “Man, oh, Manischewitz” as he walked on the moon.

In 1990, Rabbi Manischewitz’s descendants sold the company to Kohlberg & Co; in the years since, it’s been re-sold several times. But new owners have kept the beloved Manischewitz name and maintained its dedication to kosher foods. Today, Manischewitz Company gives its name through licensing agreements to hundreds of beloved kosher products. Much has changed. Instead of being made in Cincinnati or even New Jersey, Manischewitz matzahs are now made in Israel. Manischewitz matzah is still the best-selling brand in America. Over a century after Rabbi Manischewitz pioneered new ways supply kosher consumers, Manischewitz remains an iconic part of American Jewish life.

Despite the upcoming sale, little should change for consumers. Manischewitz will continue to own its popular "Seasons" brand, while the remaining labels transfer to Kenover Marketing Corporation. Kenover, based in Bayonne, New Jersey, has a long history of kosher food production and has pledged they will continue business as usual with their new Manischewitz foods.