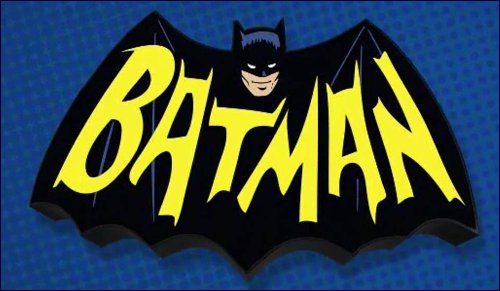 I had no idea my comic collection would become so valuable.

Well, it had to come at some point. For the first time in my life I am seriously considering selling my comic collection. No, I have not yet sold even one of my beloved 683 comics, but I am getting close to it.

I always thought that one day I would pass on my comics to one of my kids. And you’d think that with seven of them – kids that is – that maybe just one of them might be interested. But nope, not one, not even Yoni, my go-to kid who likes everything I like. Not even Avital, who I was able to successfully introduce to Charlie Brown and Peanuts. "Oh please," they will say, "you would not even let us get close to them, being all wrapped in plastic and stuck in the corner of your closet." Yes, that is true, but if I would have seen but a glimmer of interest in any of my kids, I would have gladly opened the vault. Alas, it was not to be.

And in truth, when I thought of bequeathing to them my collection, I could never have foreseen the coming of the electronic age of iPads, cell phones and how that would change how young people spend their time. Let's face it, kids don't read comics these days like they did 40 years ago.

But that is ok, because I now have a newly adopted child who has expressed interest in my comics. His name is Alex. Alex has been coming to Aish with his dad for the last 16 years. He was a very precocious kid back then, speaking at Aish with his oversized vocabulary. Today he is a precocious adult who knows way more about comics than I ever will. So I gave him my collection to assess and catalogue to determine if they were worth selling, with the idea of paying him a percentage or just giving him some for his efforts.

When I brought over the five boxes to his home, each comic in a plastic bag, some even with a cardboard backing, his eyes lit up with excitement. He declared that it was like Hanukkah, being surrounded by so many comics that he has only heard about but never seen firsthand. He quickly got to work documenting them and organizing them according to their value and told me that he is having the time of his life, that this is every comic fan's dream.

Apparently I am in possession of some pretty valuable and worthy works, such as the first time Kryptonite ever appears (in Superman #61) or the first Silver Age appearance of The Riddler, later made famous by Frank Gorshin of the Batman TV show. I also own the first appearance of the female villain, Poison Ivy. Alex got really excited about Batman #251 which features "the first reinterpretation of The Joker from a goofball to a serious villain" (Alex's words). eBay has that one selling for about $600 and it has always been a favorite cover of mine. I have a blown-up version of it on my wall. 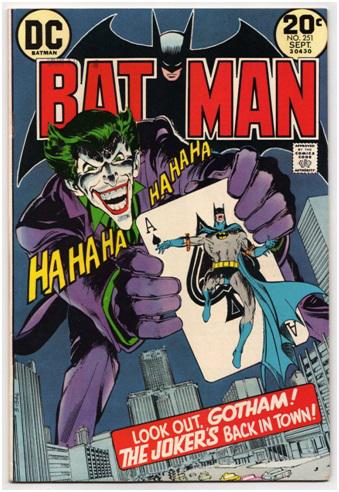 He also informed me that Detective Comics #411 is in fantastic condition and one of the most sought after issues of the 70's as it features Talia al Ghul, one of Batman's main romantic interests. It's worth about $500.

And herein lies an important lesson and why I share this with you. When I collected these comics I never envisioned that one day just one of them would be worth more than the entire sum of what I spent for all 683 of them – a whopping $253.85 (yes, I kept track). I never had in mind that in the future they may be worth upwards of $20,000 according to Alex's early estimation. I just collected them because I enjoyed them, period.

And when you think about it, isn't life a lot like that? How often do we do something in the innocence of our heart and out of a simple passion and love, only to discover many years down the road that it has paid off dividends way beyond anything we could have ever imagined? We may do something or consistently labor at a task and only years later, sometimes decades later, finally get a glimpse of the true value and significance of it.

As parents we work and work and work to raise, teach and provide for our children. And then one day it hits us and we see the wonderful artwork of a lovely human that they have become as they make their way in the world and make their mark on it. When we raised those kids, we had very little inkling what would become of them. But just like my comic collection, they were cared for very deeply and while we bided our time all they did was become more and more valuable with each passing year.

This is one of the reasons Jewish tradition refers to the next world at Olam HaEmet – The World of Truth. Because, for many things that we do in life, for many of our endeavors and good deeds that we undertake, it is only in the next world where we will get a full appreciation and true expression of them in all of their glory, depth and nuance. Only then will we fully see and enjoy the endless ripples, and ripples from ripples that our actions and efforts have created.

But you don't have to wait for the next world. God still gives us a taste, every once in a while, of how our blood, sweat and tears eventually comes to fruition and how immensely valuable our actions were and are. He just sometimes does it through a man in a red cape and big S on his chest or by an ominous figure who patrols the dark streets of Gotham at night, fighting to make them safe.

Searching for Antonio in the Streets of LA
Deep Breaths
What Happened to the Truth?
The Japanese Everything Bagel Spice Recipe
Comments
MOST POPULAR IN Current Issues
Our privacy policy