Mel Gibson and the Jews 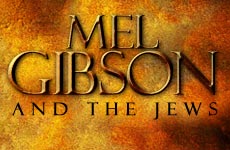 His latest lethal weapon? Mel's film promises spiritual inspiration but instead evokes the kind of rage that for centuries past resulted in ruthless acts of retribution.

Shortly before his death in 1963, the spiritual leader of Catholics round the world composed this prayer: "We realize that our brows are branded with the mark of Cain. Centuries long has Abel lain in blood and tears because we have forgotten Thy love. Forgive us the curse which we unjustly laid on the name of the Jews. Forgive us, that with our curse, we crucified Thee a second time."

It was an awesome admission that reversed almost 2000 years of unjustifiable hatred. Christian anti-Semitism, rationalized as fitting punishment for the Jews guilty of the heinous crime of deicide, killers of Christ, was officially declared "a great sin against humanity." Jews dared to hope that the distortions of ancient history which prompted Crusades, pogroms and perhaps -- as many scholars suggest -- even the world's silence during the Holocaust, were finally put to rest in the dustbin of grievously outdated theological errors.

What the Pope declared a sin, Mel Gibson has resurrected as the definitive story of the death of Jesus.

How strange then to now have the 21st century witness the re-birth of a monumental lie. What the Pope declared a sin, Mel Gibson has resurrected as the definitive story of the death of Jesus. Once again the world is told that it was the fault of "the perfidious Jews." In a movie that reeks with gruesome violence unbearable even by Hollywood standards, "The Passion of the Christ" weaves the contradictory threads of the Gospels' accounts describing the last hours of the life of Jesus into a tale that portrays a reluctant Pontius Pilate decreeing crucifixion for "the son of God" at the mad urging of a Jewish mob led by Caiaphas, the High Priest.

No, according to Gibson it wasn't the guilt of the Romans. Pontius Pilate, as the movie sees it, would never have carried out such cruel punishment. Mike Evans, a Dallas minister and head of the pro-Israel Jerusalem Prayer Team, suggested to Gibson that he might add a one-sentence message on the screen after the last scene: "During the Roman occupation, 250,000 Jews were crucified by the Romans, but only one rose from the dead." That would make clear to the average viewer that Jews, just like Jesus, were victims of the same vicious regime. But so far, that message does not appear. It would detract from the theme that runs throughout the film.

Rejecting the views of the Second Vatican Council, Gibson holds firm to his literal interpretation of the Gospels that make Jews the villains of the most horrendous crime of history: Jews "killed God." In one version of the movie, the Jews utter the line that almost begs for retaliation against them to this day: "His blood be upon us and our children!" Whether this scene survives the final cut is still unknown. (It is in fact included in the version shown to Newsweek's reviewer.) But Gibson is confident that whatever he decides will be the will of God. As he's publicly stated, "The Holy Ghost was working through me on this film." And surely not even the healing words of Pope John XXIII can override a harmful conflicting message to Gibson directly from the Almighty Himself!

Keep in mind, this is from the man who admitted to saying about New York Times columnist Frank Rich, who was critical about his film, "I wanted to kill him. I want his intestines on a stick. I want to kill his dog."

Most remarkable of all, to my mind, in the storm of controversy surrounding this film, is that it ought to be even more of a Christian issue than it is a Jewish problem. After all, it is the latter-day Church itself, through its spiritual leadership, that addressed this ancient question of Jewish culpability. The former Pope was courageous enough to acknowledge the Church's regrettable role in blaming the blameless. The present Pope, John Paul II, affirmed this confession as he "recognized Christian responsibility for past wrongs against Jews throughout history" and, using the Hebrew word tshuvah, "repentance," asked for forgiveness.

"The Passion of the Christ" suggests that Hollywood is wiser than His Holiness. It offers a discredited version of history that is far more fitting for "13th Century Fox" than a contemporary studio aware of the theology of papal leadership.

Those who've seen the movie (Full disclosure: I haven't yet -- but I've spoken to several people who did, both Jews and non-Jews, Rabbis and priests. I do plan on seeing the film once it comes out and will write a follow up article.) agree that the Romans fare much better than the Jews in their treatment of Jesus. As J. W. Eagan famously said, "Never judge a book by its movie." This is a film that makes the Gospels seem almost tame in their depiction of Jewish evil. Which is why it's so irrelevant to ask the question, "Is Mel Gibson really anti-Semitic?"

I am told it is almost impossible to walk out of the theater without hating the villains -- and the villains are clearly identified as Jews.

Those who wonder whether Gibson hates Jews simply don't get it. It doesn't matter. Take Gibson at his word, if you want to, and accept his profession of friendship. He may like us. But that isn't the issue. What matters is what the film is going to accomplish. Simply put, I am told it is almost impossible to walk out of the theater without hating the villains -- and the villains are clearly identified as Jews.

In a time when religions most need to teach the message of reconciliation, a film promising spiritual inspiration powerfully evokes the kind of rage that for centuries past resulted in ruthless acts of retribution.

Passion plays have a history. Jews knew that performances were almost invariably followed by pogroms. What can we expect after millions of people see this film? Some Christian leaders are offended by the very notion that this may have any relevance today. William Donahue, president of the Catholic League for Civil and Religious Rights, attacks those who express fear of "the unintended consequences" of the movie's critical portrayal of the Jews as "pernicious." So if Jews suspect that history may be a guide to modern times, if not by way of old-fashioned pogrom but in more sophisticated contemporary guise, we're guilty of over-reacting and, worse, of even suggesting that anti-Semitism can again get out of hand.

Make no mistake. Movies create mindsets far more than any other medium. Ingmar Bergman was right. "No art passes our conscience in the way film does, and goes directly to our feelings, deep down into the dark rooms of our souls." To sit in a darkened theater and be enveloped by a larger-than-life screen is to feel that you are actually experiencing an event rather than just hearing about it. The Reverend Billy Graham, it's reported, wept bitterly when he watched "The Passion of the Christ" -- and surely it wasn't the first time he heard the story.

No passion play of the past could ever have had the emotional power of actually being present at the Crucifixion -- with the added impact of special effects that have made some viewers scream out in revulsion.

Let me make clear to Mel Gibson: I did not kill Jesus and neither did my ancestors.

Responding to criticism, Gibson denies his intent is to blame the Jews. "It's not singling them out and saying, 'They did it'. That's not so. We're all culpable. We're all guilty. We all killed Jesus."

Let me make clear to Mel Gibson that for myself, I deny any personal involvement. I didn't kill Jesus. Neither did my ancestors. Ironic, isn't it, that the same Gibson who willingly accepts universal guilt for the crime of deicide chooses only the Jews to be singled out as the real perpetrators. "We all killed Jesus," he claims -- but it's just Jews whom the movie clearly depicts as the scoundrels.

Do Jews have a right to share their concerns with those who choose to believe in a different version of history? Can Jews object to an ultraconservative Roman Catholic Hollywood icon producing a movie that reflects his personal bias?

The same freedom of speech that guarantees Gibson the right to make his film as he sees fit allows us to point out what we find so objectionable.

Gibson speaks in the name of Christianity even as he rejects the explicit pronouncements of its highest spiritual spokesmen.

Gibson claims he is guided by a desire to promote "love and forgiveness," while he stresses a stereotype of Jews that for millennia led to hate and retribution.

Gibson publicizes his film as the "historically accurate story" of the last hours of Jesus when its depiction rests far more on faith than on facts and includes scenes -- like the one showing Jewish guards brutally beating Jesus as they take him to the High Priest -- that have no basis in any New Testament source. (Some of Gibson's script is inspired by the visions of two nuns: one in 17th century Spain and the other in 18th century France.)

While the Church has made major strides forward in reaching out to Jews in reconciliation, "The Passion of Christ" takes a giant leap backwards to vicious Jew-bashing and stereotyping. As Holocaust memories fade and scholars note the resurgence of worldwide anti-Semitism, the one thing worse than the "Protocols of the Elders of Zion" in our times is a mass-marketed appeal to religious passion against Jews in the guise of the Gospels.

Regrettably, its very notoriety may well make this movie highly popular. That's why I pray viewers understand the reason "The Passion of Christ" so strongly fails as a spiritual message. Not only is it anti-Jewish and indifferent to the harm it will surely bring in its wake to relations between gentiles and Jews, it is so profoundly un-Christian.

First of a two-part series. Rabbi Blech's second installment will discuss his reactions to seeing the film.

For more on "The Passion" see:

Why Jews Don't Believe in Jesus"

The Passion: A Historical Perspective" 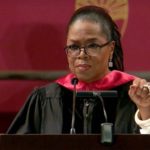 The Best and Worst Commencement Speech of 20196 min read 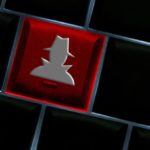 The Day I Got Scammed8 min read 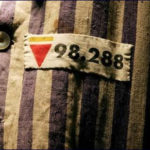 A Beggar and a Man8 min read