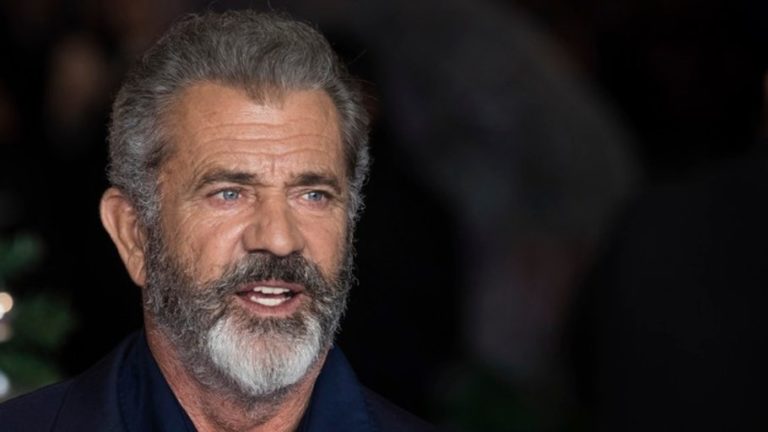 It’s bad enough to make a film about a dysfunctional family that alludes to a wealthy Jewish family. But casting Mel Gibson as the sinister grandfather? Come on.

There is a select group of iconic family dynasties with great wealth. Some examples are the Vanderbilts, the Morgans, the Rockefellers and the Carnegies. There are also Jewish families who fit that profile, such as the Bronfmans, the Lauders, the Tisches and the Rothschilds.

One of these Jewish families stand out because it is one of the oldest of these dynasties, and perhaps the largest and the wealthiest. And what truly differentiates this clan from the rest is that they are the subject of numerous conspiracy theories which are particularly popular amongst anti-Semites and white supremacists.

The legends go back 200 years and span a wide array of claims, among them that the Rothschilds control the banks, own most of the world’s wealth, control the Federal Reserve and have even rigged presidential elections. (Just last year a Washington DC Councilmember Trayon White Sr. declared on a Facebook video rant, after an unseasonal snowstorm, that the Rothschilds controlled the climate and were causing natural disasters for their own personal benefit.)

It was recently announced that a new movie will be released about a fictional wealthy family named Rothchild. It’s about a family outcast who tries to make his way back into the family and their wealth, and it is obviously no accident that the name they chose for the family is piggybacking off the Rothschilds allure and their great wealth. The Hollywood website Deadline, which declares itself “the authoritative source for breaking news in the entertainment industry”, says that the film name ‘puns’ the Rothschilds banking family. This is far more than a pun; it’s almost as close as you can get to being a direct reference to the family (a dropped ‘s’ doesn’t make much a difference). The website also notes that the movie is a dark satire, which I am certain will not put the Rothschilds in a good light.

What is deeply disturbing is that the figure playing the sinister grandfather, Whitelaw Rothchild, is none other the Mel Gibson, who is perhaps the most famous anti-Semite of our times. This infamous distinction is largely due to the widely reported 2006 incident. Gibson was stopped for a DUI, during which he went on a tirade against the officer who he thought was Jewish, that “the Jews are responsible for all the wars in the world.”

So here we have a notorious conspiracy theorist who is being cast as a fictional character which alludes to the family who are on the receiving end of the worst conspiracy theories. Gibson’s publicist Alan Nierob insists that the name of the movie is not a reference to the Rothschilds because the name leaves out the ‘s’ and is simply called Rothchild. This is analogous to casting David Duke, the notorious racist, as an actor who paints his face blue, satirizing and demeaning people with blue skin, using standard racist tropes. When confronted and accused of being racist, he defends himself by saying this has nothing to do with blackface and demeaning African-Americans; his face is painted blue.

It was bad enough when Mel Gibson made the movie The Passion with its anti-Semitic stereotypes, and then he considered making a film about the Maccabees and the Chanukah story in 2014. It is bad enough that the production team is making a movie about a dysfunctional family that alludes to a super-wealthy Jewish family. But casting Mel Gibson, a known anti-Semite, in the role of the Whitelaw Rothchild? Come on. And then deny that it has nothing to do with the Rothschilds family? Then why not call the movie ‘Rockefeler’?

David Syms wrote in The Atlantic: “Gibson’s involvement is hard to interpret as anything but a whole other level of provocation, a ludicrous addition to a project that already sounds potentially offensive.”

This affront is not just a question of semantics or what is deemed ‘appropriate’ or ‘sensitive’. Right wing conspiracy theories are the driving force behind the anti-Semites who have shot up two synagogues in the past six months, who are singing in Dutch football stadiums to gas another 6 million Jews, and who are attacking Chasidic Jews on the streets of New York. Negative stereotypes about wealthy Jews is not child’s play, it is playing with fire.

This is what I say to you, Mel Gibson and the production team of Rothchild: peddle your movie at the Cannes Film Festival and call it Rockefeler. And hopefully all those who have heard Gibson’s anti-Semitic and racist rants will vote with their wallets and make it a resounding bust.

The Jewish Story Behind Spock

The Dogma of Dogma

The Hitchhiker's Guide to God
It Takes A Lot Of Faith To Be An Atheist
How Instagram Brought Back This Nostalgic Soup
What Makes Eli Run?
Comments
MOST POPULAR IN Current Issues
Our privacy policy