Antisemitism and Four Travesties of Justice 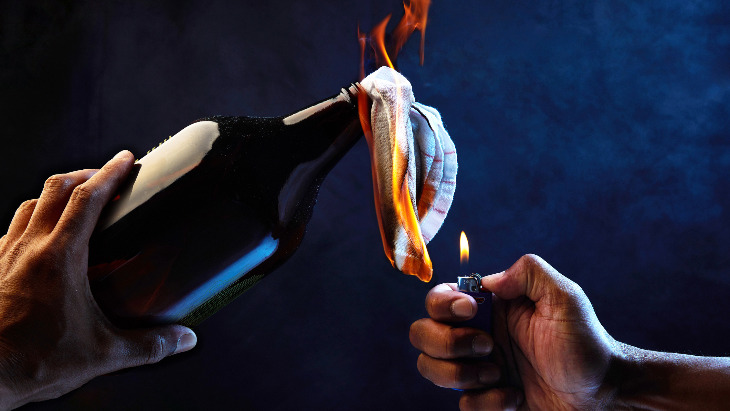 Four years after the murder in Paris of Sarah Halimi, a 65-year-old French Jew, mother, and doctor, the case is back in the news in France.

The French high court ruled this month that the perpetrator, Kobili Traoré, could not stand trial, even though no one contested that he had brutally beaten his victim and thrown her out a third-floor window, while declaring “Allahu akbar.”

The reason? It was determined that, under the influence of cannabis, he had a “delirious episode.” Thus, he could not be held criminally responsible for his actions. As a result, there was not, nor will there be, a trial and legal reckoning. Instead, the murderer was deemed to be in need of psychiatric treatment. But, will that psychiatric treatment focus solely on his drug problem, or will it also focus on his deadly antisemitic beliefs?

Needless to say, this is an appalling outcome. What message does it send? Well, in a very real sense, the murderer apparently cannot be held accountable for his own decision to use cannabis, much less for the cold-blooded slaying of his neighbor and the clearly antisemitic overtones of it all.

Apropos, that might have legal implications beyond the borders of France, as more and more countries, including a number of states in the U.S., legalize the use of cannabis.

French President Emmanuel Macron has rightly reacted by calling for changes in the law to prevent this from happening again, even as some have gotten their backs up against the wall and accused him of judicial interference.

If this were the only such legal travesty in Europe affecting Jews, it would be more than enough. But it’s not. Here are three other examples, among too many.

In 2014 in Wuppertal, Germany, there was a firebombing of the local synagogue. Three perpetrators of Palestinian background were identified.

During the ensuing three years of legal wrangling in several courts, the defendants variously claimed they were high on cannabis, drunk, and meant no harm, even as they also asserted that they wanted to “call attention to the Gaza conflict” with Israel.

In the end, the three were given suspended sentences for the damage caused by their Molotov cocktails. But, and it’s a big but, the regional court ruled the motive was not antisemitic, but rather a protest against Israel.

The synagogue could be considered as a proxy for Israel, and thereby attacked – without any recognition of the antisemitic nature of what took place.

As the American Jewish Committee Berlin director, Deidre Berger, said in the media at the time: “This was a clear-cut case. So why is it so difficult for law enforcement officials to say the obvious, namely, that a hatred of Israel often masks antisemitism?”

Consider the official thought process. As there was no “legitimate” Israeli target in the area, the synagogue, a place of religious worship, could be considered as a proxy for Israel, and thereby attacked – without any recognition of the antisemitic nature of what took place. Stunning, absolutely stunning.

Meanwhile, a café owner in the town of Saint-Nicolas, Belgium, put up a sign in the window. It was in his native Turkish and read: “Dogs are allowed in this establishment, but Jews are not under any circumstances.” It also appeared in French, with the word “Jews” replaced by “Zionists.”

This incident took place shortly after four people, including an Israeli couple whose children were left orphaned, were killed by a jihadist at the Jewish Museum in Brussels, the country’s capital.

Despite widespread protests about the window sign and its chilling message, reminiscent of the Nazi era, prosecutors opted not to press legal charges against the café owner.

The horrifying message? It’s okay for a business to publicly assert that dogs are welcome, but Jews are not.

It’s okay for a business to publicly assert that dogs are welcome, but Jews are not.

And finally, there was this incident in Oslo, Norway, in 2018.

At a public event meant to promote multiculturalism no less, a Norwegian rapper, Kaveh Kholardi, who was invited by city officials, took the stage and spoke about the “f***ing Jews.”

The outcome? The prosecutor rejected legal action, asserting that Kholardi “seems to be targeting Jews, but it can, however, also be seen as expressing dissatisfaction with the policies of the State of Israel.”

The unavoidable meaning of the Norwegian decision: Jews, wherever they might live and whatever they might think, are to be viewed as surrogates for the State of Israel.

Scarcely different from the Wuppertal decision that a synagogue can be regarded as an extension of the State of Israel.

Four examples of the inability, or unwillingness, to grasp and confront crystal-clear manifestations of contemporary antisemitism.

Four examples that, when it comes to Jew-hatred, relentless efforts will be made by some to find extenuating circumstances or simply to deny the obvious.

Four examples that the words “Never again,” repeated so often because of the genocide against the Jewish people on European soil from 1933 to 1945, only have meaning if commensurate actions accompany those words.

This op-ed originally appeared in the Times of Israel.

Anti-Semitism and the Holocaust