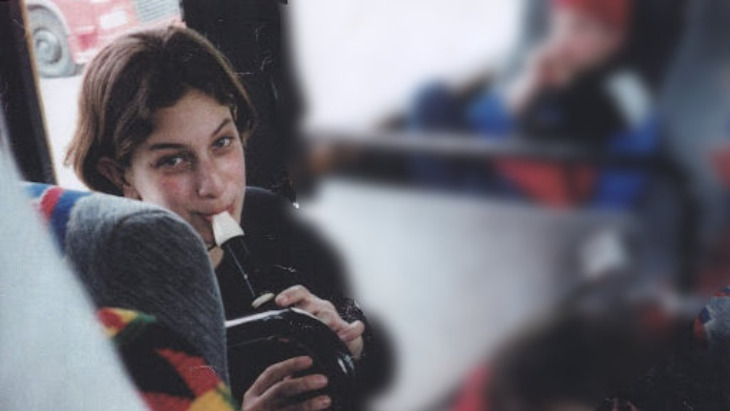 America still has the power to extradite the terrorist who murdered her.

A deafening explosion on a blazing summer afternoon 20 years ago ripped apart a Jerusalem pizzeria filled with families. Among the 15 killed in the Sbarro massacre on August 9, 2001, were my daughter Malki, 15, and her closest friend Michal, 16. Half the dead and most of the 130 wounded were children.

The terrorist sought a child-rich target and found it.

Ahlam Tamimi, a young Jordanian woman and an aspiring journalist, delivered the human bomb: a Palestinian man with a Hamas-made explosives-and-shrapnel-filled guitar case slung over his shoulder.

Tamimi made her get-away before the bomb detonated. She had no intention of dying that day and was well on her way out of the center of Jerusalem as it filled with dazed and hysterical survivors, first responders, security forces and Haredi volunteers engaged in gathering up body parts, some of them peeled off walls or pavement, for later burial. Their gruesome presence became a familiar sight in the following years as crowded Israeli buses and cafés became the targets of choice for Hamas, Fatah and similar agents of unfathomable darkness.

Tamimi was a 21-year-old journalism student freshly arrived from Jordan who worked evenings as a news reader for an Arab station located in Ramallah, only an hour’s drive from the site of the carnage. A video clip of her presenting that night’s news bulletin on Al-Istiqlal TV may be the only instance in the annals of television where an atrocity was reported by the perpetrator. Later, Tamimi spoke of how hard it was to suppress the jubilation that the deaths and injuries of Jews – especially Jewish children – aroused within her. 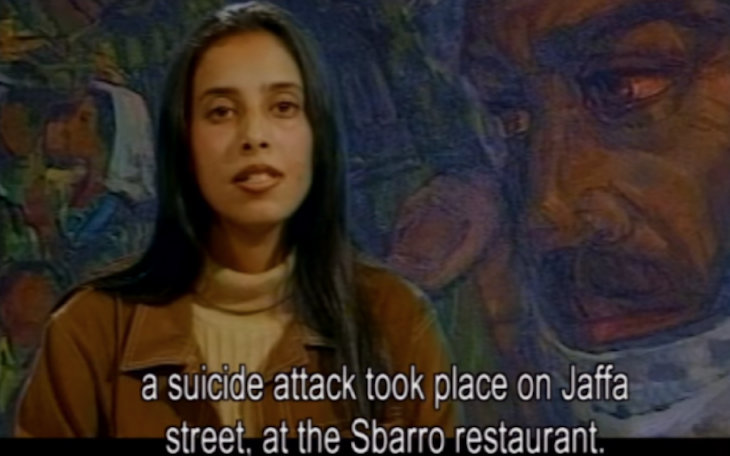 Tamimi reads the news of the bombing she had orchestrated. August 9, 2001 (Screenshot)

Israeli authorities arrested Tamimi a few weeks later. But this account is not one of those conventional narratives of justice triumphing over evil. I wish it were.

Ours is a story of parents whose shiva for a much-loved child has gone on for two decades. Abandoned by the government of Israel, our chosen home, we are now pleading with the one power in a position to see justice done: the United States.

In 2003, an Israeli court sentenced Tamimi to 16 consecutive terms of life imprisonment. She confessed to all charges, smiling throughout the proceedings. Horrified by the brazenness of a defendant manifesting “the very lowest level of humankind,” as the court put it, the judges recommended she never be eligible for early parole or a pardon.

Knowing she would spend the rest of her life in prison left the pain of our loss undiminished, but it brought a certain degree of closure. What followed after felt like being in a slow-motion car crash.

In October 2011, under the leadership of Benjamin Netanyahu – a prime minister who made his international reputation by authoring a bestseller arguing that deals must never be done with terrorists – Tamimi was one of 1,027 convicted terrorists, released by Israel in exchange for Gilad Shalit, an Israeli soldier who had been held hostage by Hamas for five years.

It was an extortionate deal, rammed through by senior politicians with only some lip-service paid to the anguish it would inflict upon the victims and their families. While it was happening, my wife and I quietly delivered several letters to the office of Prime Minister Netanyahu – handed personally to him, we were told – explaining why Tamimi should not be part of the transaction. All went unacknowledged.

The captured Israeli soldier, Shalit, returned to the embrace of his family. In the meantime, our daughter’s murderer embarked on years of victory laps and stardom across the Middle East. Public appearances, speeches and raucous celebrations elevated her to pan-Arab celebrity. She even got her own TV show. Tamimi waves as she arrives at Queen Alia international airport in Amman on October 18, 2011. (Louai Beshara/AFP)

We had an initial taste of the nightmare ahead in one of her first interviews following her return to Amman: “I do not regret what happened” she said on camera. “Absolutely not. This is the path. I dedicated myself to Jihad for the sake of Allah, and Allah granted me success. You know how many casualties there were. This was made possible by Allah. Do you want me to denounce what I did? That's out of the question. I would do it again today and in the same manner.” It felt as if Malki was being buried again.

Then, in the midst of our despair, we found hope. It came via two pieces of information.

First, we learned that because Americans had been murdered at Sbarro, a rarely-invoked federal law, Section 2332a of Title 18 of the United States code, might apply to get Tamimi back behind bars in the U.S.

Second, we learned that Jordan and the United States have had an extradition treaty since 1995.

The lives of three U.S. nationals and one unborn American child ended in the Sbarro conflagration. One was a newly married young woman, herself an only child, visiting from New Jersey. She was pregnant with her first baby. Next, a young mother was catastrophically brain-damaged, alive but in a vegetative coma to this day. (The toddler daughter she was eating pizza with survived unharmed and grew up motherless.) And finally, our Malki, an American citizen because her mother is a native New Yorker.

So we took our case to Washington.

We imagined an open-and-shut case. It hasn’t worked out that way.

What followed were five aching years of Sisyphean frustration, campaigning for justice under Section 2332a, creating jurisdiction in U.S. federal court for criminal offenses causing the death of American nationals outside the country by means of a weapon of mass destruction.

In 2013, the DOJ filed charges against Tamimi in federal court. But then it promptly sealed them, revealing their existence only four years later. In March 2017, apparently after behind-the-scenes diplomacy with Jordan failed, senior Justice Department officials unsealed the charges, branding Tamimi “an unrepentant terrorist” and adding her to the FBI’s Most Wanted Terrorist list. A $5 million bounty was announced in early 2018. 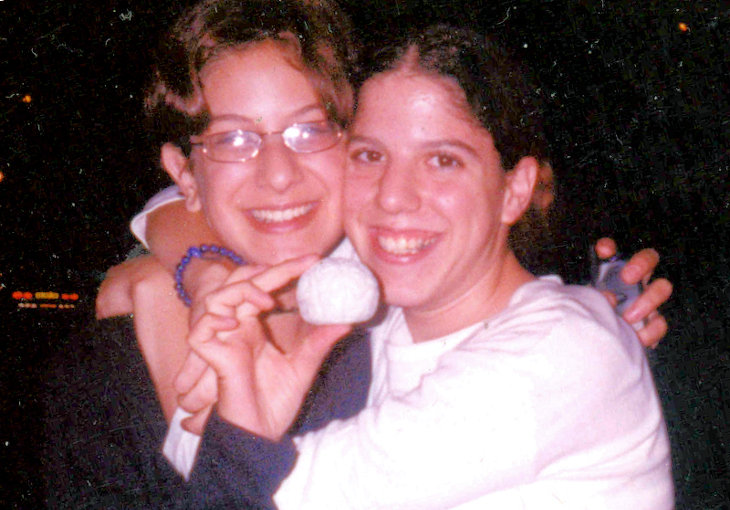 Malki embracing Michal. The girls are buried beside each other.

The other fugitives on this list are, not surprisingly, all in hiding. But the investigators and prosecutors at the DOJ and the FBI know exactly where Tamimi lives. Since 2011, she has lived spectacularly free in Jordan’s capital, Amman, where she is a folk hero. In a recent tribute to her on “Caravan,” one of Jordan’s most watched TV shows, the excited presenter blurted out to Tamimi and her convicted-terrorist husband, Nazir Tamimi: “You, the people of the struggle, elevate the name of Jordan!”

Why has my daughter’s murderer been allowed to thrive?

Cynics point to the realpolitik of our situation. Jordan is a key U.S. ally; justice for a murdered American girl is simply not worth disrupting such an important alliance. This theory is bolstered by the U.S.’s near-apathetic response to the grisly murder of Washington Post columnist and Saudi journalist, Jamal Khashoggi.

But Jordan offered another explanation. In March 2017, six days after the criminal charges against Tamimi were unsealed and more than two decades after the extradition treaty with the U.S. went into effect, Jordan’s highest court declared the 1995 treaty to be invalid. Jordan’s most senior judges said it had never been ratified by the Jordanian legislature.

That isn’t true. Jordan had indeed ratified the treaty. I know because my wife and I used our right under the Freedom of Information Act to request the 1995 treaty documents from the State Department. When they failed to hand them over, we sued. In April, the State Department released the key documents.

They contained a bombshell.

Writing in regal style and invoking the “guidance of God,” the late King Hussein declared in a July 13, 1995, document addressed to the U.S. government his personal agreement as Jordan’s sovereign “to and ratification of that treaty in whole and in part. We further pledge to carry out its provisions and abide by its Articles, and we, God willing, shall not allow its violation.”

Jordan betrayed the treaty, plain as day. But no U.S. government official has publicly addressed Jordan’s failure to comply with its treaty obligation, let alone protest the moral offense or the insult to American interests and decades of mutually beneficial relations.

Tamimi’s name is vastly better known than that of my child and the other victims. In large part this is because there has not been a single investigative report in any part of the mainstream U.S. media into how the world’s most wanted female fugitive remains free. All of this means you likely know nothing about my daughter Malki and the luminous goodness of her tragically short life. That has been the most humiliating dimension of our battle.

As a parent seeking justice, I know I need to stay calm and restrained. But I have been suppressing an internal volcano for many years now. Together with my wife, I have implored officials at every level in Jerusalem, Washington and Amman to honor justice, the law, and bilateral treaty relationships by allowing a prosecution of obvious justice to proceed.

We have blogged and written Op-Eds. We have spoken by video conference and addressed live audiences. We have asked for support – and we have been stunned by how almost none of the details were known by our audiences until we conveyed them.

President Joe Biden, who knows well the inexpressible pain of losing a child, has a unique opportunity to deliver us justice. Later this month, Jordan’s King Abdullah II will be paying an official visit to Washington, the first Arab leader to meet personally with the 46th president.

President Biden, we beg you: press him to live up to Jordan’s promise by extraditing Ahlam Tamimi. Let her stand trial for murdering innocent Americans – one of them, my child.

David Irving and Freedom of Speech