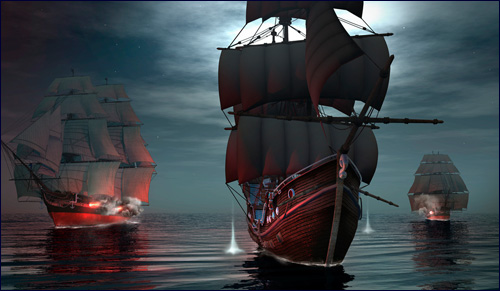 Some Jews turned to piracy as a way to fight against Spain and Portugal, the hosts of the brutal Inquisition.

Jewish pirates? It’s not a joke. Turns out, some of the most well-known and respected buccaneers in previous centuries were Jews. These captains were not the dreaded pirates of popular imagination; many worked in the employ of Britain, the Netherlands, and other maritime powers, protecting those nations’ coasts and seas.

While many of the details of these captains’ lives are mysterious, historians have pieced together some details of their lives, giving us a glimpse into the little-known world of Jewish pirates. Here are eight interesting facts about Jews and piracy.

Abraham Henriques Cohen started life as a secret Jew living under the Inquisition in his native Portugal. One of the most prominent merchants in Lisbon, he was discovered to be a practicing Jew in 1605 and publicly tortured, along with 150 other hidden Jews. This experience apparently led Cohen to decide to work against Spain and Portugal, the hosts of the brutal Inquisition.

After escaping to Amsterdam, Cohen seemingly became a secret agent for the Dutch navy, and made his way to the New World, settling in Jamaica, which was then a haven for Jews. He worked on behalf of the Netherlands to attack Spanish ships and frustrate Spain’s colonial designs in the New World.

Cohen teamed up with one of the most feared pirates of the time, Sir Henry Morgan, with the tacit backing of both the Dutch and British governments. In 1628, along with Dutch folk hero Admiral Piet Pieterszoon Hein, Cohen captured a Spanish treasure fleet off the coast of Cuba. The ships were carrying gold and silver worth 11,509,524 guilders, around $1 billion today. It was the largest theft in the history of the Spanish fleet.

Cohen gave up piracy in old age when Sir Henry Morgan became Lieutenant Governor of Jamaica, and pardoned his longtime friend. The two lived out their days in Jamaica, their pirate ways behind them for good. 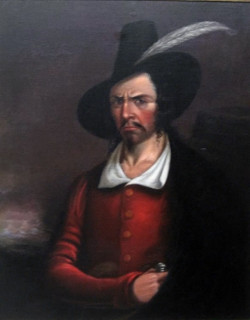 One of the most fabled and swashbuckling pirates of all time, Jean Laffite, was born in France in about 1780. He later wrote that his grandparents were Jews who were tortured by the Inquisition. This sparked a lifelong disdain for Spain in young Jean, and inspired him to turn to piracy to attack Spanish holdings in the New World where the Inquisition held sway.

Moving to the French colony of New Orleans, Jean Laffite and his brother Pierre founded a blacksmith shop, but they had a second secret profession as well: they held commissions from the Republic of Cartagena (in modern day Colombia) to intercept Spanish boats. They carried on this secret activity from a secluded colony in Barataria Bay, off the coast of New Orleans. 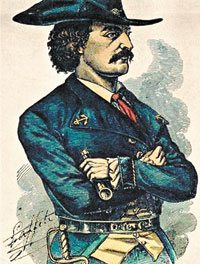 During the War of 1812, Laffite warned American troops of British invasion plans. He offered the help of his pirate gang to Gen. Andrew Jackson in the defense of New Orleans in exchange for a pardon for their pirate activities. Gen. Jackson agreed and Laffite’s gang fought with distinction. Jackson later called Laffite “one of the ablest men” of the Battle of New Orleans.

A few years later, in 1817, Laffite once again turned to piracy, taking nearly a thousand followers with him to the site of present-day Galveston, Texas. Until his death in about 1825, Jean Laffite remained one of the most feared pirates of the “Spanish Main,” the eastern coast of Spain’s holdings in the New World.

“Brotherhood of the Black Flag” and Buried Treasure

Sudel Deul, a 16th Century Jewish physician, was an early explorer of the Americas and is credited with introducing the potato to Europeans. His son Subatol found fame in a very different route: becoming one of the most feared pirates in the world.

Subatol formed an alliance with another son of a famous explorer who’d also turned to piracy: Henry Drake, son of the great British explorer Sir Francis Drake. Together the two buccaneers formed the “Brotherhood of the Black Flag”, leading a band of pirates in attacking Spanish ships off the coast of present-day Chile. It is said that the duo buried 6,000 pounds of Spanish gold and an even greater amount of silver near the Guayacan harbor in present-day Chile. No one has found the buried treasure yet, though seekers have discovered documents written partly in Hebrew, possibly written by Subatol.

Pirate Gravestones in a Jewish Cemetery 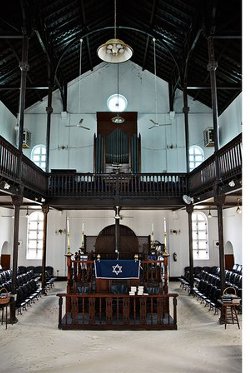 The island nation of Jamaica was once crawling with pirates; it seems that some of these were Jews. Seven gravestones in the old Hunt’s Bay Cemetery in Kingston bear unusual markings above Hebrew writing can be seen the familiar skull and crossbones of the pirate insignia. Similarly marked graves have also been found in Bridgeport, in the Bahamas, and in the old Jewish cemetery of Curacao.

Those buried in Hunts Bay were carried across the Cagway Bay from Port Royal, once called the Wickedest City in the World. These seven Jewish denizens might have helped contribute to that fearsome reputation with their pirate activities. 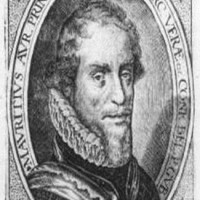 Although Samuel Pallache trained as a rabbi in the late 1500s in Fez, Morocco, he preferred the seafaring life, eventually working as a privateer for both the Dutch government and for the Sultan of Barbary, in Morocco. Pallache negotiated one of the very first treaties between European and Middle Eastern nations: the 1610 agreement guaranteeing peace between the Netherlands and Morocco.

In 1614, Morocco and Spain were at war, and Pallache led a small Moroccan fleet that captured Spanish ships. Arrested by the Spanish ambassador, Pallache was tried for piracy. A letter to Dudley Carleton, British ambassador to Venice at the time, described the dashing Jewish buccaneer: “Here is a Jew Pirate arrested that brought three prizes of Spaniards into Plymouth . . . he shall likely pass out of here well enough for he has league and license under the King’s hand for his free egress and regress which was not believed until he made proof of it.”

Indeed, Pallache was eventually acquitted of piracy and set free. When he died in 1616, he was given a hero’s funeral. Every member of Amsterdam’s Jewish community marched in his funeral procession and they were joined by city elders and Prince Maurice of Nassau. 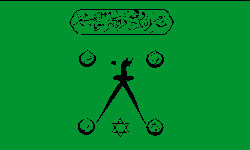 Sinan Reis and his family fled the Spanish Inquisition in the early 1500s, settling in the city of Smyrna, in what is today Izmir, Turkey. There, Sinan became the right-hand man of one of the most famed pirates of all time, Hayreddin Barbarossa, who eventually became a sultan and commander in the Ottoman navy. The two sailed under a flag bearing a six-sided star, much like the Jewish Star of David. 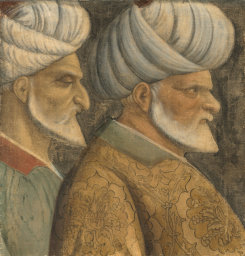 The pair’s greatest victory came in 1538, in the Battle of Preveza, off the coast of Greece, when Ottoman forces led by Reis and Barbarossa defeated a flotilla of armed ships from Christian countries assembled by Pope Paul III, ensuring Ottoman dominance on the Mediterranean for generations to come. Sinan’s great bravery in that battle earned him the sobriquet “The Great Jew” from his Spanish enemies. The Ottoman Empire rewarded him by appointing him Supreme Naval Commander.

At the end of his life, Barbarossa dictated his memoirs to Sinan Reis, who created five hand-written volumes that are exhibited today in the Topkapi Palace in Istanbul and in the Istanbul University Library.

Israel Connections in the Caribbean

The Jewish homeland was never far from the thoughts of some Jewish seafarers. Yaakov Koriel worked as a buccaneer in the Caribbean in the early 1600s, until he changed his ways, moved to Israel, and studied Torah and Kabbalah in the Israeli city of Safed. He’d buried in that city, near the grave of his the famous Rabbi Isaac Luria, whose works he studied.

Another Jewish seafarer in the Caribbean, David Abrabanel, shared his name with a famous rabbi, Isaac Abrabanel. After his family was murdered in South America in the early 1700s, David adopted the nickname “Captain Davis” and sailed with British privateers. He eventually commanded his own ship, which he named The Jerusalem.

The days of Jewish pirates on the high seas is over. Today instead, Israeli security teams are world leaders in opposing piracy and protecting cargo and passenger ships from modern-day pirates.

One such Israeli anti-piracy company, Mano International Security, gained international attention in 2009, when its Israeli guards fought off a daring attempt by Somali pirates to take over the Italian cruise ship Melody, which was sailing within a few hundred miles of the pirate-infested coast of Somalia with 1,500 passengers and crew on board. According to ship captain Ciro Pinto, Israeli guards fired shots over the heads of the bandits, eventually scaring them off.

“It was the first time we have encountered resistance” one of the Somali pirates was quoted as saying after the attack. “The guys acted exactly according to the regulations and I’m proud of them” Mano Nik, the company owner said.