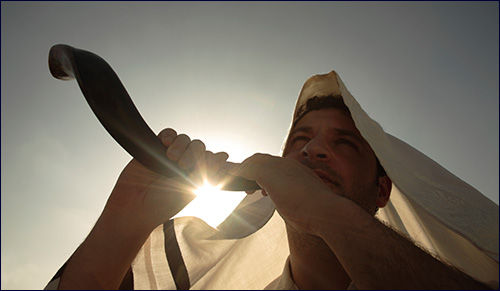 From a Soviet labor camp to an ISIS prison, inspiring stories of people who clung to observing Yom Kippur, despite the odds.

Here are five true stories of people who clung to observing Yom Kippur despite the odds, great and small.

An American-born Jew reporting from the Muslim world, Steven downplayed his religion and the fact that he was an Israeli citizen. When he was captured by terrorists in Syria in 2013, he did all he could to hide his Judaism from his captors. Steven’s family, terrified that if his captors knew Steven was Jewish they would do more to harm him, laid low, erasing all trace of their connection to their son from the internet and refraining from making public appeals for his release.

Yet despite the grave danger he was in, last Yom Kippur, Steven Sotloff managed to outwit his captors, fasting and even praying in the direction of Jerusalem on this holy day. A former prisoner who was held with Sotloff recalls: “He told them he was sick and doesn’t want to eat, even though we were served eggs that day. He used to pray secretly in the direction of Jerusalem. He would see in which direction (his Muslim captors) were praying, and then adjust the angle.”

In the middle of terrorist-controlled Syria, surrounded by murderous thugs dedicated to the eradication of Jews and the Jewish state, one Jewish, Israeli man was unbowed, observing Yom Kippur under the very noses of his captors.

For years, Mendel Futerfas defied the Soviet Union. Studying Torah was strictly forbidden by the Soviet authorities – even possessing Jewish books was grounds for imprisonment – but Mendel risked his life day in and day out, educating his fellow Soviet Jews in secret. Finally, one day, he was discovered by the authorities and sentenced to forced labor in one of the USSR’s feared labor camps in Siberia.

There, Mendel tried to keep as many of the mitzvot as possible, but it wasn’t easy. One Yom Kippur, he felt particularly low. Without a machzor, the Yom Kippur prayer book, he was only able to recite a few prayers from memory. One was V’chol Ma’aminim – “We all Believe” – but this Yom Kippur, Mendel had a difficult time believing the words. In such a dark place, he wondered, was it really possible to have such faith?

Just then, Mendel noticed one of the prison guards – a rough-looking man with a big scar across his face – staring at him. Frightened, Mendel tried to look as if he wasn’t fasting and praying, but the guard came towards him. Speaking quietly, the guard said, “I see you praying today. I know you are fasting today. I want you to know I am fasting as well. I know it’s Yom Kippur today, yet I don’t know a single thing about Judaism except a prayer my grandmother taught me when I was a child called ‘Modeh Ani’. I have been repeating this prayer all day, and I want you to know you are not the only one celebrating Yom Kippur.”

After 14 long years, Mendel was able to escape from his gulag and make his way to Israel, where he dedicated his life to teaching Torah. It is not known what happened to the Jewish guard.

Thanks to Rabbi Shlomo Zarchi for transcribing this oral history.

Arrested for Blowing the Shofar

Under Turkish and then British rule, Jewish activity at the Western Wall – the last remaining remnant of the ancient Jewish Temple in Jerusalem and the holiest site of the Jewish people – was severely constrained. British law codified the restrictions on Jews who wanted to pray at the Wall: Jews were not allowed to recite prayers loudly, they could not bring a Torah to the Wall, and they were forbidden from sounding the Shofar.

On Yom Kippur, 1930, at the conclusion of the final Neila service, recited just before sundown, a sound rang out that had not been heard at the Western Wall in generations: the ringing blast of a Shofar. A young rabbi, Moshe Segal, had smuggled a Shofar to the Western Wall, and blew it at its traditional place at the end of the Yom Kippur service.

Rabbi Segal was soon arrested, but in the intervening years, other Jewish boys – all in their teens – took his place. Each year from 1930 to 1947, Jewish teenagers smuggled Shofars to the Wall, concealed them under their clothing, and blew them at the end of Yom Kippur. The boys worked in teams of three, aiming to blow the Shofar at each end of the Wall and in the middle. Abraham Caspi, who was 16 when he blew the Shofar at the Western Wall in 1947, remembers being told “You’ll be the first, and if you don’t succeed or are caught, someone else will do it.”

British soldiers arrested the boys who blew the shofar. Each one was tried and sentenced to prison for terms of up to six months. Still, the volunteers were undeterred. “We swore to give our lives for the resurrection of the Jewish people,” explains Jacob Sika Aharoni, who blew the Shofar at the Wall at age 16 in 1936.

When Jordan captured the Old City of Jerusalem, they forbade any Jew from setting foot near the Western Wall for 19 years. In 1967 Israel liberated the Wall, allowing all people – Jews, Muslims, and others, access – and the Shofar once again rang out. Abraham Elkayam, who was 13 when he blew the Shofar at the Western Wall in 1947, was fighting in the area, and quickly made his way to the Wall. An Israeli soldier was standing by the Wall, blowing a Shofar, and Abraham asked him if might have a turn as well. Abraham blew the Shofar, and a nearby soldier asked him why it was so important for him to sound this Shofar.

Abraham Elkayam explained he was one of the last people to sound the Shofar at the Western Wall, in 1947. The soldier then introduced himself, telling him that he was the first one to blow the Shofar. It was Rabbi Segal who started the yearly tradition back in 1930.

In 1965, Los Angeles Dodgers pitcher Sandy Koufax was at the top of his game. Nicknamed “the Man with the Golden Arm,” his skill had helped propel the Dodgers to the World Series. The Dodgers faced the Minnesota Twins. The opening game was scheduled for Metropolitan Stadium in the Twin Cities, on October 6 – a date that happened to be Yom Kippur.

Although he didn’t consider himself particularly religious, Koufax didn’t have to think twice. “There was never any decision to make,” Koufax later recalled, “because there was never any possibility that I would pitch. Yom Kippur is the holiest day of the Jewish religion. The club knows I don’t work that day.” Koufax sat out the game, and became best known not for his amazing skill on the field, but for his principled stand.

The Dodgers lost that game without Koufax, but with his help in the rest of the World Series, they won the 1965 Pennant. Koufax was named Most Valuable Player of the season. He was induced into the Baseball Hall of Fame in 1972.

In the Polish Trenches

One of the most unusual Yom Kippur services didn’t take place in a synagogue. The year was 1939. World War Two had just been declared, and Hitler’s forces were battling in Poland, struggling for control of that country. Warsaw, the Polish capital, was under direct attack.

Augmenting the Polish army’s efforts to repel the Nazi invaders, the Jews of Warsaw rallied to dig protective trenches around their city. Yom Kippur 1939 dawned on a city under siege. Homes and synagogues had been destroyed in German raids; Warsaw, battered daily from the Luftwaffe, was bracing for a ground assault.

Poland’s army excused the Jewish residents of Warsaw from helping prepare defensive reinforcements on Yom Kippur, recognizing that it was a holy Jewish day. Yet, newspapers at the time reported, many of Warsaw’s Jews had no place to go – their homes and synagogues lay in rubble – and instead they rallied at the city’s barricades and desperately helped dig defensive trenches. Fighting-age men were in the army; those who remained were old men and children. Together, they worked feverishly, all the while reciting the Yom Kippur service.

The Jews – many of them elderly rabbis – recited Psalms and Vidui, the Yom Kippur confessional prayer while they dug the defenses. Under constant air attack, the elderly men and children together met each exploding bomb with a loud shout of “Shema Yisrael!”