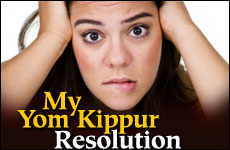 I cringe thinking how much aggravation I caused this woman.

My daughter’s wedding pictures have been piled neatly in their original boxes gathering dust. This may sound quite unremarkable to you except for the fact that, thank God, she now has been blessed with three children. On her last trip to America she chose her photos which gave me the incentive to finally choose mine.

I gave myself a deadline staying up one night till 3 am after a long day of teaching in order to get this done. The next day I had my appointment in the studio and brought in a manila envelope with both sets of photos. I was bleary eyed and exhausted but happy with my accomplishment. We sat in front of the computer for hours as the photo technician went through each picture meticulously. We spoke about size, black and whites, backgrounds and placement. I cannot even recall how long I sat there but I do know that the sky had turned dark while I was inside.

A few weeks later I received a call that my daughter’s album was ready for pickup. I said that I was thrilled but what about mine? I knew that I had been looking forward to seeing both albums. After waiting on hold for a few moments I was told that there was only one album and one set of photos.

You’ve got to be kidding! I thought to myself.

“Listen, this is impossible,” I said. “I sat there in that office for hours. I stayed up the night before till I couldn’t see straight. You need to find my pictures! I can’t do this again. I don’t have the time or energy.”

I felt that little seed of anger slowly turn into righteous rage. I was livid.

The person on the other end of the line said that she would call me back. As I was waiting for the phone to ring, my indignation kept growing. I felt that little seed of anger slowly turn into righteous rage with each passing minute.

How could they be so irresponsible? I thought to myself. How could they lose a whole pile of pictures? I spent the whole night on this! I can’t believe it. By the time I got the call back I was outraged.

“There is only one set of pictures here. The woman you worked with turned her desk upside down. She checked through her computer. There is nothing there. Are you sure you had two sets of photos?”

“Am I sure I had two sets of photos? Do you think that I am imagining things? Of course I’m sure!” I sputtered. And then my decibel level rose. I said something about responsibility and the value of time. I went on and on. I was asked to come down to the office.

I did go down. Not in a very good mood of course. We went through the whole scenario again. I asked the woman who had worked with me to try and remember how we had sat together for hours and worked on both albums. She was almost speechless and said that in all her years this had never happened to her. The entire office was silent while watching the scene. We kept going around in circles.

I left. We resolved that they would print a whole new set of photos. No one was happy. That night I decided to put some order to my desk. And then I saw it. A familiar manila envelope sat hidden beneath all my papers. My heart began to pound. I wanted to pretend that I did not really see it. But I did. And then I remembered what happened. After going through both sets of photos, the technician had told me that she wanted to just concentrate on one album at a time.

My heart sank. What had I said? What about my tone? How much aggravation had I caused this woman in her workplace?

I called my daughter, Shaindy, in Israel and told her the whole story. I was beyond embarrassed with myself. I had decided to call the studio first thing in the morning and apologize. Shaindy convinced me to buy a big chocolate platter and make a personal appearance. I had to swallow hard. Very hard. But I did it. I apologized and asked for forgiveness in front of the entire office. The woman was extremely kind. She gave me a hug, didn’t belabor the point and I think she loved the chocolate.

Who am I if not a person of my word?

Now I remain with myself and it’s time for some introspection. Yom Kippur night Jews across the world gather and the first prayer we recite is Kol Nidrei. The synagogue is hushed. We speak about vows and promises that have not been kept. We speak about the power of our words. It does not matter how religious or secular we are; this night we stand unified as we recite this holy prayer. Because after all, who am I if not a person of my word?

I was listening to an interview with a man who lost his wife on one of the planes on 9/11. He said that she had called him from the plane but his phone was off. His wife then left a message for him. She had begun to say I will call you later but stopped herself. He knows that she did not want to leave him with a haunting unfulfilled promise as her final words. Instead she simply said ‘I love you’ over and over again.

As I stand before God on these holy days, I am resolved in my heart to watch my words. How we connect with people, our tone, our expressions, all reflect the person we are. With a little bit of thought before we speak we can create a legacy of kindness and love.

When Everything Went Up in Smoke
Should I Break Up, Get Engaged or Keep Dating?
Time Is Your Precious Commodity
A Constant World in Flux
Comments
MOST POPULAR IN Yom Kippur
Our privacy policy