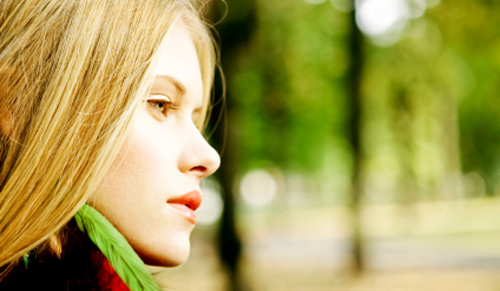 I slowly began to realize that Yom Kippur is a gift, not a burden.

Growing up, I often heard Yom Kippur described as the “saddest day of the year,” but I wasn’t sure what the women in my synagogue were crying about. Maybe they felt true remorse for their sins. Maybe they cried because they were begging God for a good year; their heartfelt wishes for the future bringing them to tears.

When I turned ten, I started spending the day with my mother in shul. As we walked there together, she would tell me, “This is your chance to ask for what you want. Whatever you’re going to get this year will be decided today. So it’s important that you pray with a lot of concentration.” I tried to follow her instructions, but as the hours dragged by, I was grateful for my Artscroll machzor, which had lengthy commentaries in English.

My mother thought that she was helping me by giving a purpose to my day. But I ended up with performance anxiety. I worried that if I didn’t do my job properly, I wouldn’t have a good year.

After I graduated high school and started dating, Yom Kippur took on an added urgency. This was the day when things would be decided for the coming year, when God would decide whether to grant me with a husband or not before the next year’s High Holidays. “You have a lot to pray for,” my mother would say. “What time do you plan on getting to shul tomorrow?” my father would ask.

I was beginning to feel uncomfortable in our synagogue. The single girls that sat at our table were all married now, and I thought I detected glances of pity from some of my mother’s friends. It was hard to focus on the prayers with everyone staring at me. The climax of the day came at Neilah. I knew from the many lessons I’d received in school on the subject that this was my last chance to submit my requests before the heavenly gates shut.

“Try to bring yourself to cry,” my teachers said every year. “The gates of Heaven are never closed to tears.”

I don’t cry easily. Watching the women around me sobbing into their machzorim made me wonder if there was something thing wrong with me. I buried my face in my Artscroll and hoped that no one was looking at me too closely.

My relationship with Yom Kippur has evolved over the years. I can’t point to one specific moment when I began thinking differently about the holiday, but slowly I began to realize that Yom Kippur is a gift. It’s a chance for me to go through the painful process of enumerating where I’ve gone wrong in the past year, and emerge on the other side feeling light and free, ready to begin again. This day wasn’t about feeling bad for myself. I had a purpose here. I needed to ask for forgiveness for a year’s worth of mistakes, and I needed to rededicate myself to serving God. Asking for a husband was part of that, but by no means all of it.

I was grateful to realize that the correct approach to Yom Kippur did not involve approaching the day with a mental shopping list. It was day of getting in touch with who I am and my place in the world, accepting what He has given me thus far, and asking for the opportunity to be a part of His world in the coming year.

Even though I know that Yom Kippur is an important, once-a-year opportunity, it can be hard to get into the right mindset. I imagine myself entering shul and heading to my regular seat. There will be girls my age and younger who have gotten married or had children in the past year, while I still look the same. Part of me thinks, “Here we go again. Another Yom Kippur, and I’m still praying for the same thing. God didn’t answer my prayers last year – what makes me think it’ll be any different this time around?”

It would be tragic if I let my loneliness and despair distract me from all I could achieve.

But then I remember. I have work to do, and it would be tragic if I let my loneliness and despair distract me from all I could achieve. If God decides to grant some of my requests, all the better, but I won’t judge the day a success or failure based on that.

This past Yom Kippur, I realized that I wanted to teach in a college program. I had been feeling frustrated and under-stimulated at my job, but didn’t know what to do next. I’d been considering many options, but it never occurred to me to try and teach adults. It seemed like an impossible dream at the time. I couldn’t visualize myself getting up in front of a classroom, and it took me a few months to gather the courage to even apply for the job. Now, almost a year later, I am preparing for my third semester. I’ve enjoyed the experience more than I could have imagined I would. But that flash of inspiration, the sense of direction, of what I could maybe accomplish – that came on Yom Kippur.

Yom Kippur is a day when it’s easier to do the right thing. I don’t eat or drink, and spend most of the day engaged in prayer. All I have to do is open my heart, talk to God, and let Him in.

The GPS and Yom Kippur
Chukat 5782: Let’s Play the Blame Game!
The Sin of Moses: The Two Ways to Communicate
In Aftermath of Chicago’s July 4th Shooting, Local Moms Provide Countless Points of Light
Comments
MOST POPULAR IN Dating
Our privacy policy