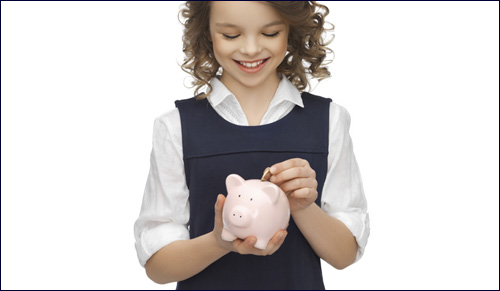 The value of love. A touching story to share before Yom Kippur.

There is a fellow who owns a jewelry store in Israel. One day a nine year old girl walked into the store and said, “I am here to buy a bracelet.” She looked through the glass cases and pointed to a bracelet that was $3,000. The man behind the counter asked her, “You want to buy that bracelet?”

“Wow, you have very good taste. Who do you want to buy it for?”

“For my older sister.”

“Oh that is so nice!” the storekeeper replied. “Why do you want to buy your older sister this bracelet?”

“Because I don’t have a mother or father,” the little girl said, “and my older sister takes care of us. So we want to buy her a present, and I’m willing to pay for it.” She pulled out of her pocket a whole bunch of coins that totaled just under eight shekels, a little less than two dollars.

A few hours later the older sister entered the store. “I’m terribly embarrassed,” she said. “My sister should not have come here. She shouldn’t have taken it without paying.”

“What are you talking about?” the storekeeper asked.

“You couldn’t be more wrong,” the storekeeper replied. “She paid me in full. She paid seven shekel, eighty agurot, and a broken heart. I want to tell you something. I am a widower. I lost my wife a number of years ago. People come into my store every single day. They come in and buy expensive pieces of jewelry, and all these people can afford it. When your sister walked in, for the first time in so very long since my wife had died, I once again felt what love means.”

He gave her the bracelet and wished her well.

During the High Holy Days, we come to the Almighty and we want to buy something very expensive. We want to buy life. But we cannot afford it. We don’t have enough money to pay for it. We don’t have the merits. So we come to the Almighty and we empty out our pockets, giving him whatever merits we have plus promises for the future. I’ll pick up the phone and call someone who is lonely, I will learn an extra five minutes of Torah, I will be kind and I will be scrupulous about not speaking lashon hara (gossip) for one hour a day.

The Almighty says, “You don’t know how long it’s been since I’ve felt what love means.” He sees how much we love Him and how much we yearn to improve, and He says, “You know what? You have touched my heart. Here it is, paid in full.”

The story was told over by Rabbi Go’el Elkarif who said he heard it from the person to whom it happened.

Football Victory: A Yom Kippur Story
Blessing on Chewing Gum
Was Rahab a Prostitute?
Extras In Our Own Epic
Comments
MOST POPULAR IN Spirituality
Our privacy policy