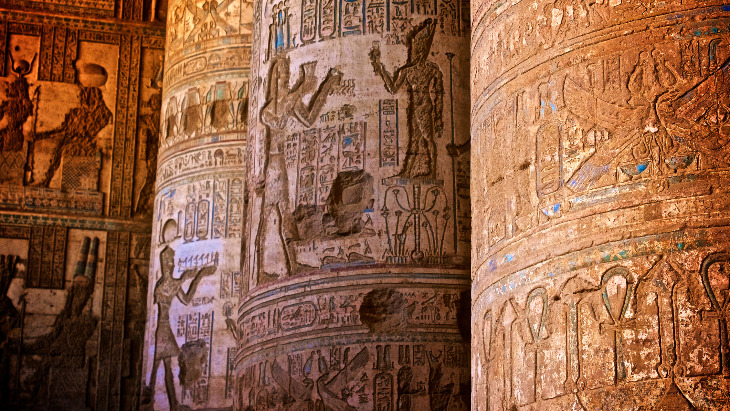 What role does archaeology play in verifying Biblical events?

A storm of debate has erupted in the Jewish world, following the well-publicized assertion by Rabbi David Wolpe of Los Angeles that "the way the Bible describes the Exodus is not the way it happened, if it happened at all."

Wolpe made his declaration before 2,000 worshippers at the Conservative Sinai Temple, and the speech was reported on the front page of the Los Angeles Times. The article entitled, "Doubting the Story of Exodus," asserts that archaeology disproves the validity of the Biblical account.

Biblical Archaeology is often divided into two camps: The "minimalists" tend to downplay the historical accuracy of the Bible, while the "maximalists," who are in the majority and are by and large not religious, tend to suggest that archaeological evidence supports the basic historicity of the Bible text.

As a science, we must understand what archaeology is and what it isn't.

Archaeology consists of two components: the excavation of ancient artifacts, and the interpretation of those artifacts. While the excavation component is more of a mechanical skill, the interpretive component is very subjective. Presented with the same artifact, two world-class archaeologists will often come to different conclusions – particularly when ego, politics and religious beliefs enter the equation.

In the subjective field of Biblical Archaeology, anyone making a definitive statement like "archaeology has proven..." has probably chosen to take sides and is not presenting the whole picture. When Los Angeles Times reporter Teresa Watanabe writes that "the rabbi was merely telling his flock what scholars have known for more than a decade" (emphasis added), she is revealing her anti-Biblical bias.

HISTORY, THEN AND NOW

Admittedly, however, there is a shortage of Egyptian documentation of the Exodus period. Why?

We need to understand how the ancient world viewed the whole idea of recording history. The vast majority of inscriptions found in the ancient world have a specific agenda – to glorify the deeds of the king and to show his full military power.

The earliest known objective "historian," in our modern definition of the term, was the Greek writer Herodotus. He is generally considered the "father of historians" for his attempt to compile a dispassionate historical record of the war between the Greeks and Persians. Abraham is dated to the 18th century BCE, while the Exodus story is generally dated to the 13th century BCE – 800 years before Herodotus.

This does not mean that early civilizations did not record events. It’s just that their purpose was more propaganda than creating any kind of objective historical record.

The British Museum in London displays inscriptions from the walls of the palace of the Assyrian Emperor, Sancheriv. These show scenes from Sancheriv's military campaigns from the 8th century BCE, including graphic depictions of destroyed enemies (decapitations, impalings, etc.). Sancheriv himself is depicted as larger than life.

But one element is missing from these inscriptions: There are no dead Assyrians! That is consistent with the ancient "historical" style – negative events, failures and flaws are not depicted at all. When a nation suffers an embarrassing defeat, they usually whitewash the mistakes and destroy the evidence.

This idea has significant ramifications for archeology and the Exodus. The last thing the ancient Egyptians wanted to record is the embarrassment of being completely destroyed by the God of a puny slave nation. Would the Egyptians ever want to preserve details of the destruction of fields, flocks, and first borns – plus the death of Pharaoh and the entire Egyptian army at the Red Sea?

In other words, we wouldn’t expect to find prominent attention to Moses’ humiliation of Pharaoh – even if it occurred.

The Torah is unique among all ancient national literature in that it portrays its people in both victory and defeat.

In one major event, the battle of Kadesh on the Orantes River between the Hitites and the Egyptian Pharaoh Ramses II, both sides record it as a major victory, and is depicted as such.

Interestingly, the Torah is unique among all ancient national literature in that it portrays its people in both victory and defeat. The Jews – and sometimes their leaders – are shown as rebels, complainers, idol-builders, and yes, descended from slaves.

This objective portrayal lends the Torah great credibility. As the writer Israel Zangwill said: "The Bible is an anti-Semitic book. Israel is the villain, not the hero, of his own story. Alone among the epics, it is out for truth, not heroics."

The archeological process is tedious and expensive. To date, only a tiny fraction of archeological sites related to the Bible have been excavated.

This thin archeological record means that any conclusions are based on speculation and projection. Archeology can only prove the existence of artifacts unearthed, not disprove that which hasn't been found. Lack of evidence... is no evidence of lack.

Yet that has not stopped some archeologists from making bold assertions. In the 1950s, world-renowned archeologist Kathleen Kenyon dug in one small section of Jericho, looking for remnants of inhabitation at the time of Joshua’s conquest of the land in 1272 BCE. She found no evidence, and concluded on that basis that the Bible was false.

The problem is that Kenyon dug only one small section of Jericho, and based her conclusion on that limited information. Today, though the controversy lingers, many archeologists claim there is indeed clear evidence of inhabitation in Jericho from the time of Joshua.

Archeology is a new science, and the record is far from complete. We have only begun to scratch the surface.

The Times writer makes other mistakes, such as reading the Biblical text without the accompanying Talmudic explanation. For example, in trying to demonstrate Biblical inconsistency, the Times writes: "One passage in Exodus says that the bodies of the pharaoh's charioteers were found on the shore, while the next verse says they sank to the bottom of the sea."

The preeminent Biblical commentator, Rashi, explains that after the Egyptians drowned, the sea threw them onto the shore, so that the Jewish people could be relieved at the knowledge that their enemies would no longer be in pursuit. (Exodus 14:30)

The credibility of the Times' article is further eroded by its quoting another Los Angeles rabbi who mistakenly asserts that it does not matter "whether we [Jews] built the pyramids."

But as it says clearly in Exodus 1:11 and in the Passover Haggadah, the Jews "built the store-cities of Pitom and Ramses." Jews never built any pyramids, which were built in 2500 BCE – about 1200 years before the Exodus.

FOUNDATION OF OUR PEOPLE

The Los Angeles Times asserts: "[M]ost congregants, along with secular Jews and several rabbis interviewed, said that whether the Exodus is historically true or not is almost beside the point."

We would disagree. The truth of the text is precisely the point. By attacking the veracity of the Exodus, and reducing it to mere fable, these rabbis knock out the most basic Jewish principle of the past 3,300 years.

The Ten Commandments declares from the start: "I am the Lord Your God."

But that’s only half the story. A reading of the full verse shows how belief in God is predicated on the Exodus experience: "I am the Lord Your God, who brought you out of the land of Egypt from the house of slavery" (Exodus 20:2).

The Jewish people have survived for thousands of years, against all odds, because we knew clearly the truth of Torah. When Jews in the Crusades chose to be burned at the stake rather than convert, they were not subscribing to some weak fable. To suggest otherwise is an insult to the millions of Jews who have died for our beliefs.

This is part one of a series. Specific claims and counter-claims implicating the historicity of the Bible can be found in Archaeology and the Bible - Part Two .

Rabbi Dovid Lichtman is originally from Long Island, New York. He has a degree in Comparative Religion and Philosophy from Queens College of New York. He received rabbinical ordination from Yeshiva Bircas Reuvain in Brooklyn, and served as a congregational rabbi in Calgary, Canada for five years. He is currently a Senior Lecturer at Yeshivat Aish HaTorah, the Executive Learning Center, and the Disocvery Seminar. He is also the director of Project Chazon, Aish's Israeli outreach program.

Why These Foods are So Quintessentially Jewish

The Boxer of Auschwitz: Fight or Be Killed
The Promise Of The Land
Which Chat Are You On?: Parshas Behar/Lag Ba’Omer
Do You Like Slow-Cooked Food? Thank the Jews
Comments
MOST POPULAR IN History
Our privacy policy