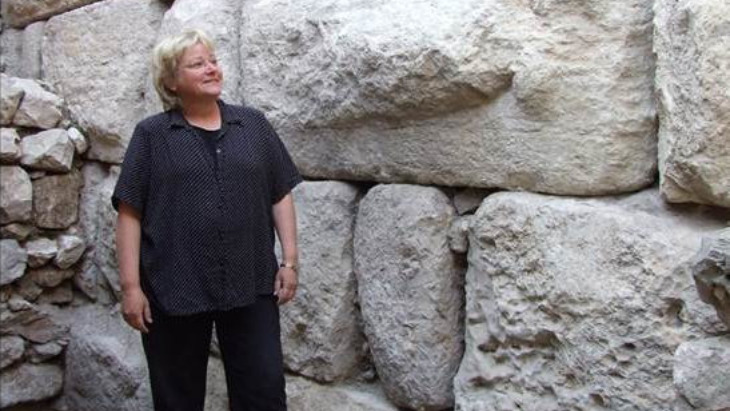 Archaeologist Dr Eilat Mazar spent her life with a bible in one hand and a spade in the other. Her career searching for evidence of the Royal House of Judea yielded some of Israel’s greatest ever historical finds. Although she had much more to explore, Dr Eilat Mazar died last week in Israel, aged 65.

Born in 1956, Eilat Mazar was a granddaughter of the legendary Israeli archaeologist Dr Benjamin Mazar who led Israel’s first excavations at the Western Wall after the Six-Day War. As a young girl Mazar accompanied her grandfather on digs. 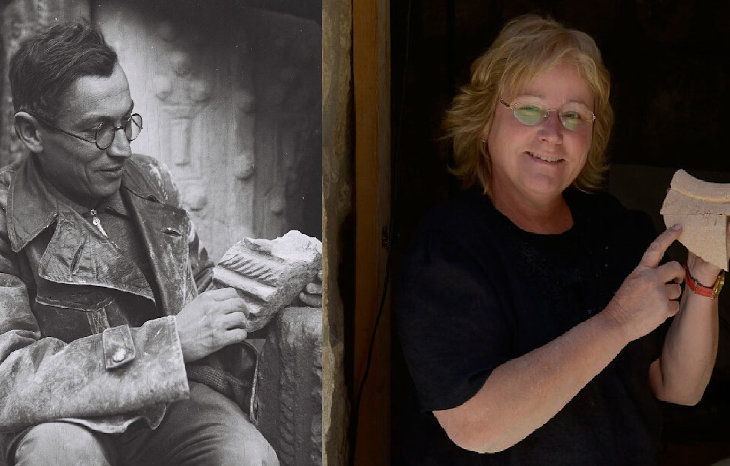 Benjamin Mazar. To the right, Dr. Eilat Mazar holds pottery remains from the building she identified as the ‘Palace of King David.’

“One of the many things I learned from my grandfather,” she once recalled, “was how to relate to the biblical text: Pore over it again and again, for it contains within it descriptions of genuine historical reality.”

Mazar’s career in archaeology would span over 40 years in search of evidence of Israel’s ancient biblical history, and in doing so forge powerful connections between the new State of Israel and its illustrious past of prophets and kings.

Graduating in archaeology from the Hebrew University in 1981, Mazar immediately joined a team of excavators at the City of David, located below the southern wall of the Temple Mount. It was on this, her first major dig, that a Royal Quarter was unearthed at the site.

Amid what is now a sprawling site of ancient remains, the City of David archaeological park became Mazar’s second home. A series of dazzling finds over the next few decades kept her in the headlines throughout her career and answered the skeptics who poured cold water on claims of a biblical connection.

In 2013, Mazar struck gold with the discovery of a 7th century, stash of treasure hidden in the foothills of the Temple Mount. Among the cache, was an exquisite gold medallion with decorated with the images of a menorah, shofar and Torah scroll.

On August 4, 2005, Mazar announced the discovery of a large public building at the top of the site which she posited matched the dimensions and location of the palace of the Kings of Judea, a structure originally built by King David who ruled in the land of Israel 3,000 years ago in the 10th century BCE. 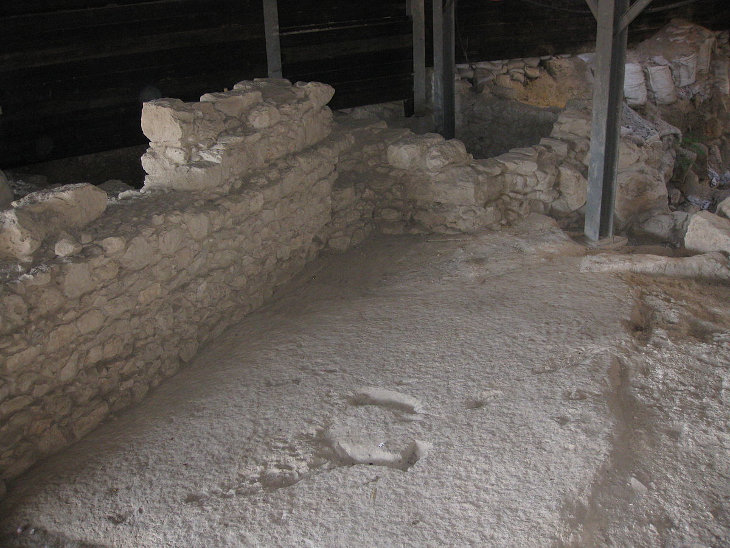 Remains of a large public building at the City of David which Mazar claimed was the Palace of the Kings of Judea in the first temple period.

A copper scroll and several pottery remains were among the items unearthed, but of most importance was a clay bulla (ceramic stamp used to print wax seals on scrolls) bearing the names of a royal official actually mentioned in the Bible. Yehuchal the son of Shelemiah the son of Shevi served under King Zedekiah, the last king to reign in Jerusalem before the Babylonians destroyed the Temple in 586 BCE.

Mazar later recalled, “Well into the night, when the children were asleep and the house was quiet, I began to study the bulla. Slowly, I deciphered the name in the first line: Yehuchal. Could it be a biblical name? I did not recall any Yehuchal in the Bible. Perhaps my reading of the name was wrong. But just to make sure I pulled from the shelf a biblical encyclopedia. There he was, as large as life—in the book of the prophet Jeremiah: “King Zedekiah sent Yehuchal (Jehucal) son of Shelemiah to the prophet Jeremiah to pray for the people (Jeremiah 37:3).”

Two years later, just three yards away at the site, another bulla was found, this time bearing the name of Gedaliah the son of Pashur, another royal official of King Zedekiah mentioned in the book of Jeremiah. 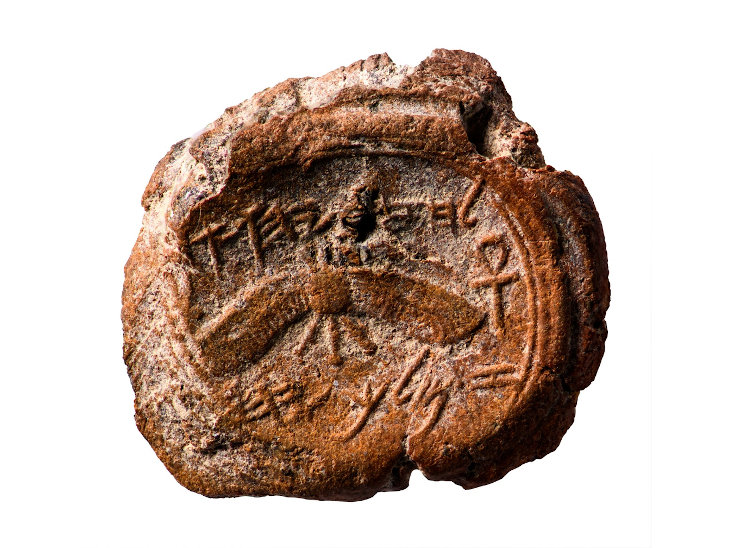 Over the following years, archaeologists worldwide looked on with fascination and bated breath as Mazar continued to peel back more layers of Jerusalem’s history. In 2010 Mazar unearthed a gateway and tower dated to the rule of King Solomon, the son of King David, who built the Temple and as the Bible states, strengthened the walls and made fortifications around the ancient city.

Two years later in 2015, at the base of the southern wall of Jerusalem's Temple Mount, Mazar’s team unearthed another spectacular bulla this time bearing the name of the righteous King Hezekiah who reigned for 29 years in Judea until 687 BCE. As Mazar noted at time, it was the first time a seal bearing the name of Judean King had ever been found. The seal was recovered from iron age garbage pits, outside the wall of what Mazar describes as a royal bakery leveled in the 586 B.C. Babylonian destruction of Jerusalem.

In 2018, the partial remains of another seal was found at the same location, this time, incredibly, bearing what seems to be the name of the prophet Isaiah, although not conclusive, it garnered huge interest in the world of archaeology. Isaiah had counseled King Hezekiah during his reign including the zenith of his rule as he successfully withstood the siege laid on Jerusalem by the Assyrian King Sancheriv in 701 BCE.

The potential discovery of artifacts associated with both King Hezekiah and Isaiah, so close to each other, as Mazar said presented “a rare opportunity to reveal vividly this specific time in the history of Jerusalem." 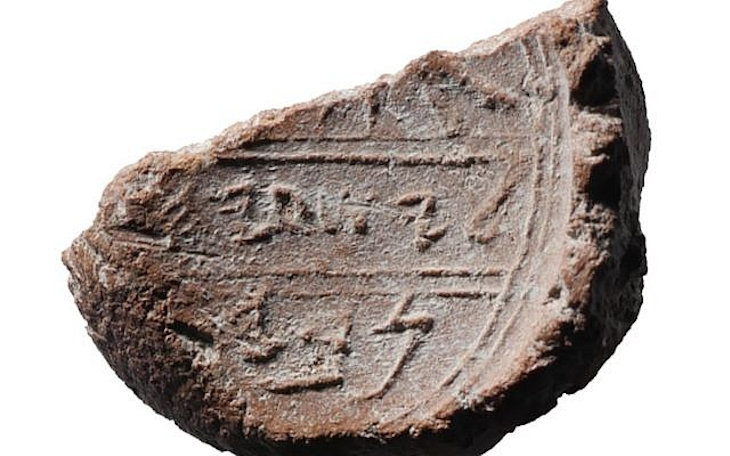 The Isaiah bulla, a 2,700-year-old clay seal impression that may have belonged to the biblical prophet Isaiah. It bears the name Isaiah and the word Prophet. (Ouria Tadmor/© Eilat Mazar)

The wonder of Mazar’s work never left her. Colleagues have recalled how she would phone them after making discoveries, her voice trembling with excitement. Although she died with much more that she wanted to explore – and still on King David’s heels – her passion for Jerusalem and defense of Biblical history never dwindled.

Dr Eilat Mazar has not only spawned a new generation of enthusiastic archaeologists keen to continue her work, throughout a distinguished career painstakingly excavating Jerusalem’s ancient stones and remains, she also deserves to be recognized for having profoundly helped the Jewish People to forge a powerful bridge and connection with its past.

The Temple and Jewish Unity

Jerusalem: Jewish and Muslim Claims to the Holy City
Bechukotai 5782: Divine Retribution
Behar 5782: Working to Live or Living to Work?
The Wholeness of Being Broken
Comments
MOST POPULAR IN Jerusalem
Our privacy policy