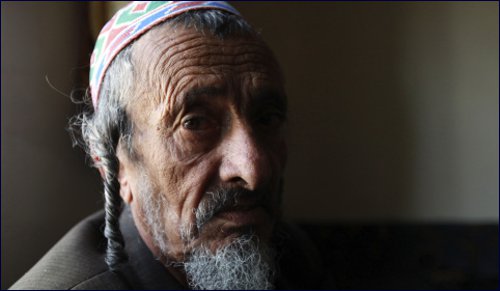 A visit with the remaining 90 Jews.

“God is great, death to America, death to Israel, damn the Jews, victory for Islam.”

The slogan of Yemen’s Houthi rebels, who took over the capital, Sana, in January 2015, is fierce. It is also puzzling that their hatred would so stridently and centrally be directed against Jews, considering that Yemen – which long boasted one of the world’s oldest and largest Jewish communities – is today almost entirely empty of the Jews who called Yemen home for thousands of years.

Yemeni Jews trace their community back to the time of King Solomon, when traders ventured far south into the Arabian peninsula and stayed there, establishing a rich, thriving Jewish community in what is today Yemen. Preceding both Christianity and Islam in the area, Judaism long defined Yemen’s history. For a time, 1500 years ago, Yemen was even ruled by a dynasty of kings who converted to Judaism.

Yemeni Jews were traditionally skilled craftspeople, sought out for their expertise in crafting ornate jewelry, swords, and other metalwork. Beginning in the 19th Century, however, a series of decrees made life increasingly difficult Yemen’s Jews. Jews were forbidden from wearing colorful clothes or riding animals, and Jewish orphans were forced over to Muslims to adopt. Despite the near-impossibility of travelling by foot, Jews began leaving Yemen; between 1881 and 1914, about ten percent of Yemen’s Jews fled for what is today Israel. 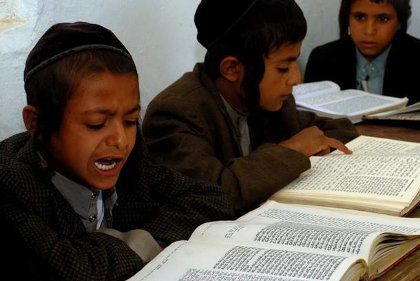 Conditions worsened; a pogrom in Yemeni port city of Aden in 1948 killed 82 Jews and destroyed houses and businesses. When the State of Israel was established, one of the first actions the Jewish state took was the rescue of Yemen’s Jews. Over 45,000 of Yemen’s 50,000 Jews were airlifted to Israel in Operation Magic Carpet. Tragically, although the new Jewish state made a huge effort to bring Yemeni Jews to Israel, once there, they were often mistreated, urged to shed their deeply-held religiosity and integrate into a European-style, secular, ideal. It was only after many years that Israel’s Yemeni community began to finally feel valued for their unique, beautiful culture and their profound contribution to Israeli society. A smaller airlift from Yemen in the early 1990s brought another 1,200 Yemeni Jews to Israel.

As their community shrank, Jews remaining in Yemen have come under increased attacks; violence and fear have become routine. The Yemeni Jewish community is concentrated now in two cities: Raida, in Yemen’s north, and Sana, the capital. Violence has marked Jewish life in both places in recent years. In 2008, Moshe Yaish Nahari, the brother of a prominent Yemeni rabbi and a father of eight, was shot when he stepped out of his house in Raida. His assailant reportedly told him “Jew, here’s a message from Islam” before killing him.

A few years later, in 2012, Aaron Zindani was stabbed to death in a market in the capital city of Sana, as he shopped there with his children. And on January 21 2015, Houthi rebels stopped two Jewish men as they shopped for groceries in central Sana. Yousef Habib, one of the few remaining rabbis in Yemen, described what happened next: “They were approached…by two men, who noticed them because of their peyot (long earlocks). The two men stopped them and ordered that they praise the prophet Muhammad, however the two refused. As a result they were then publically beaten, and had their possessions confiscated.”

As they consolidate power, Houthi leadership claims that Yemen’s few remaining Jews have nothing to fear, but some Yemeni Jews disagree. Haboub Salem Mousa, a 36-year old Jew, recalls how he and his family fled their home in the Yemeni city of Sa’ada in 2006 because of violence from Houthis: “Houthis pursued us everywhere we went. Attacks and even forced conversions were common at that time.”

Today, approximately 90 Jews remain in all of Yemen.

Those living in Sana are dwelling in virtual house arrest. They are refugees, having fled fighting in Yemen’s north, and arriving in Yemen’s capital between 2004 and 2010. The Jews in Sana live in a unique compound called Tourist City: a walled enclave housing foreign workers, guarded by Yemeni troops. The Jews there subsist on odd jobs and Government restitution payments for houses that were destroyed in the fighting.

An American professor at Brandeis University and frequent visitor to Yemen – who asked that his name not be used because of the precarious security situation in Yemen – visited the Jews of Sana in their walled compound in 2013, and in an exclusive Aish.com interview, described conditions there. The complex is “a city within a city,” comprising about 30 buildings. In addition to Sana’s Jews, foreign workers living in Yemen reside there, including Russian nurses and Iraqi diplomats. At any given time the population inside the complex can range from 200-300 up to 1200 people. The Jews live in relatively modern apartments, and physically, their lives are easier than many Yemenis. “There are modern apartments with running water there, which is better than most of city, which don’t often have luxuries like running water”. 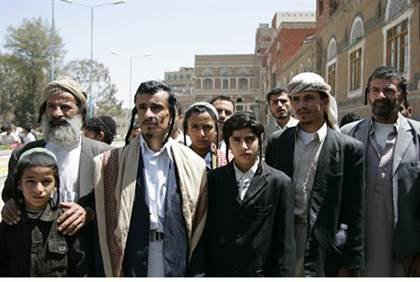 The professor spent Shabbat with Sana’s Jews and has observed that they are maintaining their traditions and religious observance.

The situation for Yemen’s second community of Jews in the northern city of Raida seems less secure. The approximately 45 Jews there cling to their religious traditions, and continue in the ancient Jewish trade of silverwork. A New York Times reporter visiting in February 2015 observed that Raida’s Jews live behind sturdy, locked walls of their own, in a secure compound outside of town. They still receive daily threats. “What are you doing with that dirty Jew?” asked a seller of qat, a popular drug in Yemen. When the paper’s interpreter explained “He’s a human being after all,” the qat seller replied, “No he’s not.”

“We have no friends,” explained Abraham Jacobs, a 36-year-old Jew living in Raida. “So we just try to stay away from everyone as much as we can.”

The Brandeis professor describes how each afternoon in Sana, Jewish boys meet with their rabbi, whom they call “mori,” my teacher, to study Torah. The Jewish community – boys and girls – are all literate, which, he says, is a rarity in Yemen, where illiteracy is rampant.

One Pair of Tefillin

The Sana Jewish community had to leave most of their possessions behind when they fled fighting in the north of the country. “They were able to take out one Torah scroll. They smuggled it out in a black plastic garbage bag.” The community was also able to bring out only one tallis and one set of tefillin, which all the Jews in Sana share. When the professor visited in 2013, there was one boy, Gamil, who was about to be a bar mitzvah. “The boys knows Torah and Targum (an ancient commentary on the Torah) by heart,” the professor notes. They seem to have forged a special bond. When the professor left Yemen, he gave his own pair of tefillin and tallis to Gamil. “Gamil gave a big smile,” he recalls, before saying goodbye.

“This is now the oldest Jewish community in the world,” the professor says. “It has many old customs that have been lost in other communities…It’s a beautiful community.” He wants people to know that at least for now, the Jews in Yemen “are safe,” dedicated to their ancient traditions and way of life. But how much longer they can remain in Yemen is unclear. Houthi leaders have met with the Jews in Sana in recent weeks, and said they can remain in their walled complex for the time being. The Brandeis professor notes that, their fiercely anti-Semitic slogan notwithstanding, the newly-governing Houthis are more favorably disposed towards Yemen’s remaining Jews than many other political groups operating in the country, such as al-Qaida or ISIS. 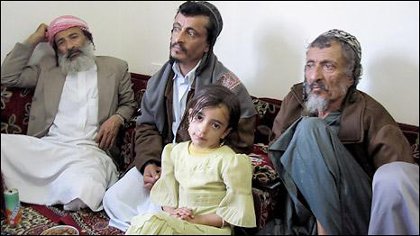 The Houthis continue to consolidate their power in Yemen. President Abed Rabbo Mansour Hadi fled Sana on February 21, 2015, leaving Houthi rebels in control of the capital, although he maintains he is still Yemen’s president. The United States, Britain, and France have all closed their Yemen embassies in recent weeks. In the days since their takeover of Sana, more of Yemen’s Jews are fleeing.

A family of six left Yemen for Israel in February, shrinking the community further. For many of the remaining Yemeni Jews, their traditions and love of their way of life is enough to make them determined to stay – for now.

“Since last September (when fighting reached the capital), our movements have become very limited…and there are some members of the community who preferred to leave Yemen,” Rabbi Yahya Youssef said in Sana after the Houthis gained the city. Asked if he would flee too, the rabbi said no. “We don’t want to leave. If we wanted to, we would have done so a long time ago.”

The Life and Times of Glikl bas Leyb: a 17th-Century Woman for the Ages

Why Are the Jewish People Compared to Stars?
Why Are The Prayers Of Yom Kipur So Repetetive?
Ha'azinu 5783: A Time for Unity!
Twisted Thinking
Comments