Why These Foods are So Quintessentially Jewish 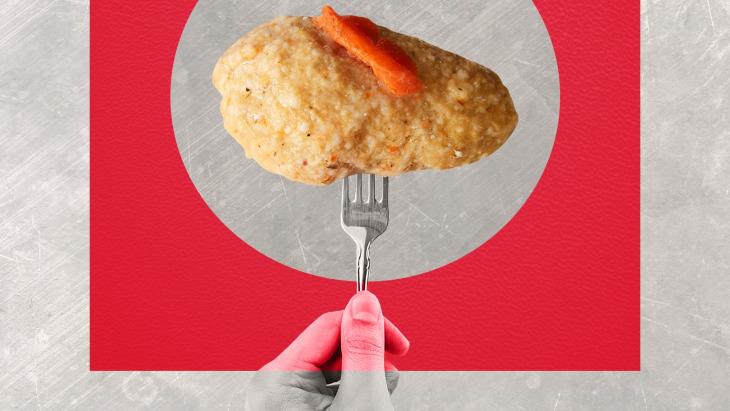 Classic Jewish foods have some compelling stories behind them. Here are a few examples, guaranteed to make your mouth water.

Bagels have long been associated with Jewish cooks. Though they share similarities with other baked and boiled pastries in central Europe, bagels might have been an invention by Jewish cooks to get around anti-Jewish laws forbidding them to bake bread.

In her book The Bagel: The Surprising History of a Modest Bread, Maria Balinska describes a 1267 decree by a committee of Polish bishops forbidding Christians from buying foods made by Jews – including bread. Since bread was defined as pastry that was baked, the thinking goes, some enterprising Jews got around this decree by boiling rolls instead. Making rolls with a hole in the middle allowed for more even cooking, and the Jewish bagel – which is boiled then finished off in an oven – was born.

Lox is similar to other smoked fish in northern Europe, but Jewish lox has a unique twist. Food historian Gil Marks notes, “At the beginning of the twentieth century, Jews in America developed their own form of smoked salmon, soaking it in light brine or occasionally dry curing it with salt and sometimes brown sugar, then cold smoking it.” (Encyclopedia of Jewish Food by Gil Marks.) Cold smoking means smoking salmon over wood chips between 72 and 80 degrees F. This uniquely Jewish way of curing salmon results in lox’s characteristically silky texture and mildly smoky texture. 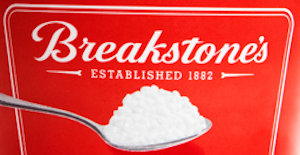 Even Cream Cheese has a Jewish story. Invented in upstate New York in the 1870s, cream cheese was at first a purely local delicacy. In 1907, a pair of Jewish brothers from Lithuania named Isaac and Joseph Bregstein who’d moved to New York began mass producing cream cheese in Brooklyn. They called their company Breakstone Brothers and helped popularize cream cheese among American Jews and non-Jews alike.

It’s the ultimate Friday night first course. In fact, Shabbat is the reason why gefilte fish became so popular among Jews. It all started out about a thousand years ago in Germanic lands, when chopping up fish with onions and spices, then stuffing the mixture back into a fish skin, became popular. (Gefilte means “filled” in Yiddish and old German.) Yet the dish caught on with Jews most of all, since gefilte fish is ideally suited to a Shabbat meal. (Today, it’s most often served in a loaf, not stuffed into fish skin!) 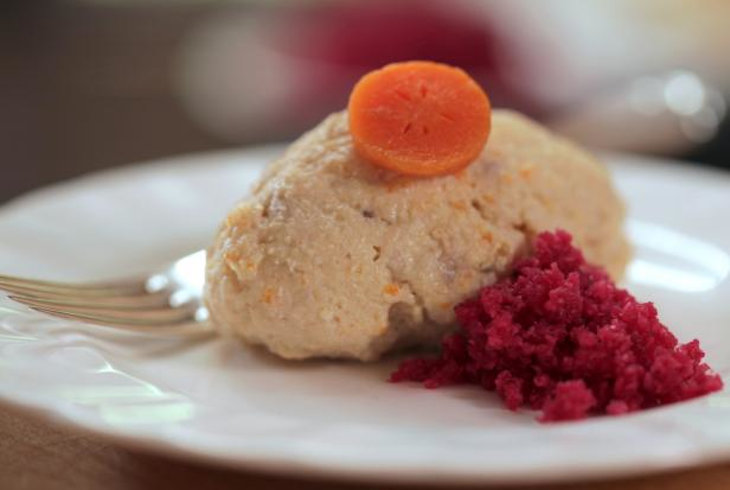 For one thing, picking out fish bones from a meal is something that traditional Jews refrain from doing on Shabbat since separating items in that manner is prohibited on Shabbat. Gefilte fish solves the problem; there are no pesky fish bones to remove.

Gefilte fish can be made of any type of fish. In eastern Europe, a common Jewish profession was raising and selling carp which made its way into many beloved gefilte fish recipes.

The Talmud describes fish as part of the ultimate Shabbat meal. The sage Rav Yehuda is asked how to “delight” in Shabbat. His answer: “With a dish of beets, a large fish, and heads of garlic.” (Talmud Shabbat 118b:2).

That same passage might help to explain why horseradish sauce is such a perfect accompaniment to gefilte fish. Also called chrain, which means horseradish in Yiddish, the Jewish version is sweet and slightly spicy. Horseradish root is grated, then mixed with sweet grated beets. The resulting bright pink condiment can be found in the kosher section of grocery stores, and makes a perfect accompaniment to gefilte fish.

“One of the great inventions of the American deli was pastrami,” notes food historian Claudia Roden. While the name pastrami invokes other cured meats from the Balkans, such as “pastrama” in Romania or “pastirma” in Turkey, pastrami is a uniquely Jewish invention which originated among Jewish immigrants in the Lower East Side of New York in the late 1800s. 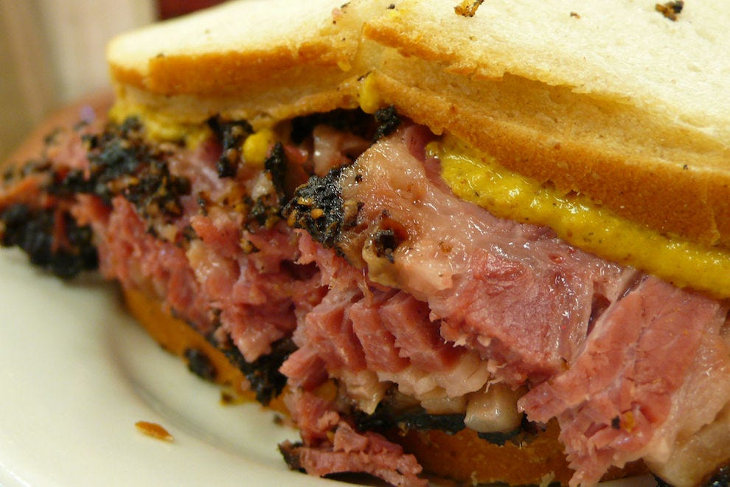 “The Jewish deli started when lone male immigrants were forced to buy kosher meals from Jewish neighbors,” Rodin describes. “Soon there were hundreds of small neighborhood kosher delis catering to workers and families in which the women also worked.” (The Book of Jewish Food: An Odyssey from Samarkand to New York by Claudia Roden.)

Jewish pastrami is made from brisket and is incredibly labor intensive. After being cured in brine, it’s then coated with spices including bay leaves, juniper berries, pepper, garlic, and paprika, and left to “dry cure” for weeks, as the spices slowly cook the meat. It’s then smoked, and finally either braised or steamed. The result is a silky, intensely spicy, delicious meat with a distinctive dark red hue.

Pastrami is traditionally served on rye bread, another Jewish staple. While rye was and remains a popular grain in much of eastern and northern Europe, Jews became especially associated with rye bread. In many eastern European towns before the Holocaust, “Jewish bakers supplied both Jews and non-Jews with bread, bagels, and other baked goods,” observes the Yidisher Visnshaftlekher Institut (YIVO), a historical association. “Jewish” rye was made with a distinctive sourdough starter called roshtshine, which resulted in a tangy, dense rye bread that kept for a long time. In the 19th century, Jewish bakeries commonly made huge loaves of rye bread that weighed anywhere from 15 to 25 pounds, and had to be baked for between four and six hours.

History of the Jews of Yemen

The Scandalous History of the Aleppo Codex
The Promise Of The Land
Which Chat Are You On?: Parshas Behar/Lag Ba’Omer
Do You Like Slow-Cooked Food? Thank the Jews
Comments
MOST POPULAR IN History
Our privacy policy