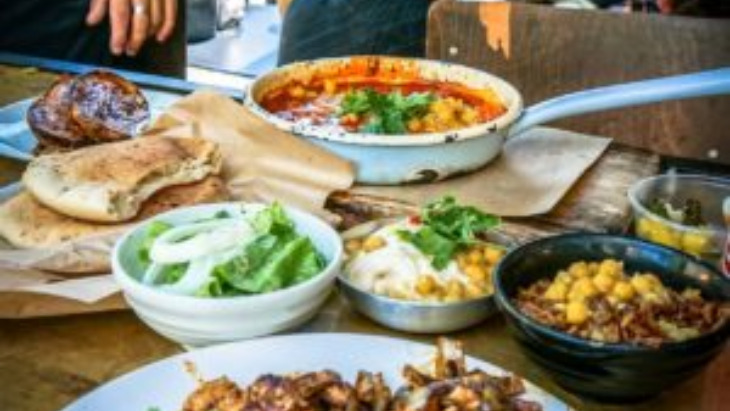 As the State of Israel approaches its 74th Independence Day (Yom Haatzmaut), we take a look at the different food cultures that have come together to shape modern Israeli cuisine.

As a small, young country inhabited by Jews who escaped antisemitism from all corners of the earth, the melting pot culture of Israel is a big part of what makes up the country’s unique charm. Over the centuries, Diaspora Jews living in different countries adapted the local food cultures to fit their dietary needs and Jewish culture. Later, every group of Jewish refugees that immigrated to the State of Israel brought their own food culture with them.

What is it with Jews and food?

You know the old joke summarizing all the Jewish holidays - “They tried to kill us, we survived, let's eat”?

It’s funny, and true. However, the “let’s eat” part doesn’t only summarize the Jewish holidays, it sums up daily life in the Jewish State. Food is a huge part of the life and culture in Israel.

As a country populated with people from all over the world, Israel absorbed and adopted different ethnic foods.

Members of each ethnic group take pride in sharing their unique food culture, whether by introducing others to their foods in their homes, at community potlucks where everyone brings a representative ethnic dish, or by opening restaurants that celebrate their country of origin’s specific food culture.

The food culture in Israel is evolving, and people are getting to know different types of foods and combining them to form a new modern Israeli cuisine.

These days you’ll find Sephardic Jews eating gefilte fish and Ashkenazim who won’t serve a meal without a jar of schug (a popular spicy Yemenite sauce) on the table. The food culture in Israel is evolving, and people are getting to know different types of foods and combining them to form a new modern Israeli cuisine.

Let’s look at what foods are popular and trendy in Israel today:

1. Is it Tahini or Techina? 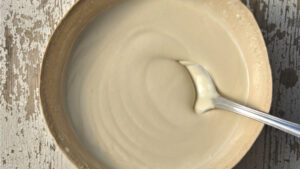 Whatever you call it, Techina is one of the most popular foods in Israel. Originally, from the Middle East, Techina is spreading into Western countries right now. This classic crushed sesame seed paste is extremely diverse. Made from 100% sesame seeds it can be eaten as is, sort of like natural peanut butter, mixed into salad dressings, used as a key ingredient in hummus, and even used to bake cookies. The most common version of tahini is seen as a sauce made of a mix of raw tahini with lemon and water that you will find at every falafel and shawarma stand around Israel. Get our recipe for simple Tahini Sauce. 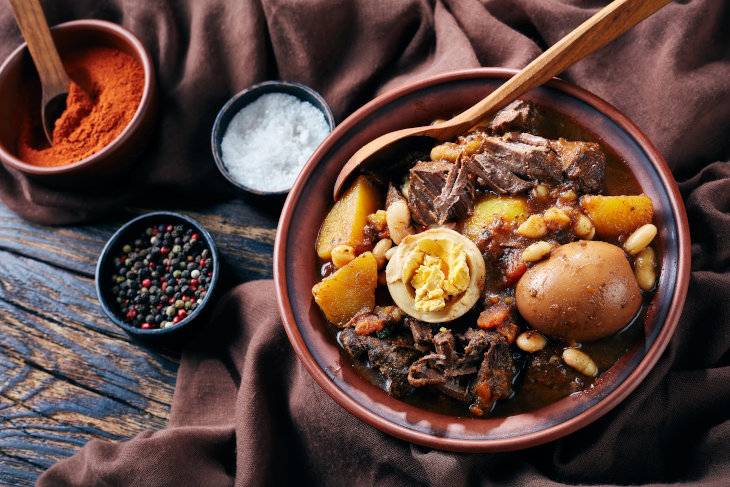 Cholent is the traditional Ashkenazi meat stew many Jews serve for lunch on Shabbat day. Learn more about Cholent get recipes here. Did you know that cholent tours are a thing? Thursday nights in Bnei Brak (a very religious Ashkenazi neighborhood) are cholent nights. You can book a walking tour of the city, which includes stopping at one of the many “cholenterias” to enjoy this traditional Jewish stew. While you’re there, don’t forget to buy a sweet and peppery Jerusalem Kugel. 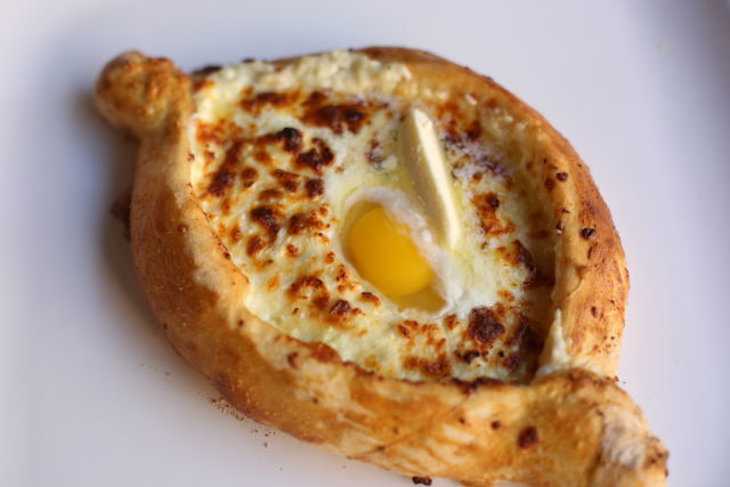 Khachapuri is a traditional boat shaped Georgian bread that is baked with different fillings, the most popular in Israel is a cheese filling with an egg baked on top. If you haven’t tried Khachapuri yet, stop in at “Khachapuri” for a treat next time you’re in Mahane Yehuda market. Get a recipe for Khachapuri here.

These Yemenite dishes have been Israeli favorites for years. You can’t go very far without seeing signs advertising fresh homemade Janchnun. Dough lovers won’t be able to get enough of these dishes.

Jachnun and Malawach are served with a tomato sauce, boiled eggs, and of course spicy Yemenite schug sauce. You can find both in the frozen section of most Middle Eastern or Jewish markets.

Kubaneh is your new favorite pull-apart bread that you won’t want to stop noshing on, but you will have to make it yourself. 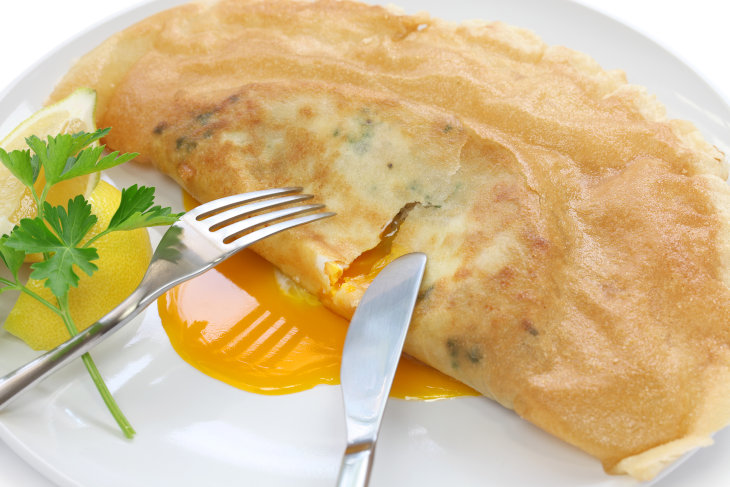 Brik is the North African version of the Turkish borek, which you find in all bakeries in Israel. Brik is a filo pastry, usually stuffed with egg and herbs and then deep-fried. Brik is a street food sold at small stalls. Get a recipe for Tunisian Brik here.

Be warned! This Iraqi comfort food can be addictive. Picture this - a sweet, tart beetroot red soup packed with semolina dumplings stuffed with Middle Eastern style spiced beef. If you haven’t yet tasted this delicacy, give it a try during your next visit to Mahane Yehuda market, or make it yourself.

The Ethiopian food culture is starting to catch on in Israel, with new restaurants popping up everywhere. Injera is a spongy, sour fermented crepe-like flatbread that is a staple in most Ethiopian homes.

You eat injera with your hands, using it to scoop up the delicious selection of accompanying stews that are served with it.

This day is a time to be grateful. So, before you fire up the grills and take out the hummus, don’t forget to celebrate the wonderful food culture that all the different Jewish communities from around the world have brought with them to the State of Israel.

Here’s to the next 74 years… and beyond.

Andi Moradian is Co-Owner of Write Wizards where she creates magic with words. Originally from South Africa, she now lives in Israel with her husband and three kids. As a writer, she loves nothing more than taking the magical ingredients of the tales she hears, and baking them into delicious stories. You can reach her at andi@writewizards.com.

Passover In Zimbabwe, Here’s How We Celebrate

Viral TikTok Recipes Made Jewish
The Promise Of The Land
Which Chat Are You On?: Parshas Behar/Lag Ba’Omer
Do You Like Slow-Cooked Food? Thank the Jews
Comments
MOST POPULAR IN Food
Our privacy policy