Why Did Isaac Love Esau? 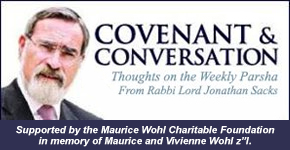 Sometimes love can do what rebuke cannot.

Even before they were born, Jacob and Esau struggled in the womb. They were destined, it seems, to be eternal adversaries. Not only were they were different in character and appearance. They also held different places in their parents' affections:

The boys grew up, and Esau became a skillful hunter, a man of the open country, while Jacob was a quiet man, staying among the tents. Isaac, who had a taste for wild game, loved Esau, but Rebekah loved Jacob. (Gen. 25:27-28)

We know why Rebekah loved Jacob. Before the twins were born, the pains Rebekah felt were so great that "she went to inquire of the Lord." This is what she was told:

"Two nations are in your womb, and two peoples from within you will be separated; one people will be stronger than the other, and the older will serve the younger." (Gen. 25:23)

It seemed as if God were saying that the younger would prevail and carry forward the burden of history, so it was the younger, Jacob, whom she loved.

But why, in that case, did Isaac love Esau? Did he not know about Rebekah's oracle? Had she not told him about it? Besides, did he not know that Esau was wild and impetuous? Can we really take literally the proposition that Isaac loved Esau because "he had a taste for wild game," as if his affections were determined by his stomach, by the fact that his elder son brought him food he loved? Surely not, when the very future of the covenant was at stake. The classic answer, given by Rashi, listens closely to the literal text. Esau, says the Torah, "knew how to trap [yode'a tzayid]." Isaac loved him "because entrapment was in his mouth [ki tzayid befiv]." Esau, says Rashi, trapped Isaac by his mouth.

Here is Rashi's comment on the phrase "knew how to trap":

He knew how to trap and deceive his father with his mouth. He would ask him, "Father, how should one tithe salt and straw?" Consequently his father believed him to be strict in observing the commands. (Rashi to 25:27)

Esau knew full well that salt and straw do not require tithes, but he asked so as to give the impression that he was strictly religious. And here it is Rashi's comment on the phrase that Isaac loved him "because entrapment was in his mouth":

"The midrashic explanation is that there was entrapment in the mouth of Esau, who trapped his father and deceived him by his words" (Rashi to 25:28).

The Maggid of Dubnow adds a perceptive comment as to why Isaac, but not Rebekah, was deceived. Rebekah grew up with the wily Laban. She knew deception when she saw it. Isaac, by contrast, had grown up with Abraham and Sarah. He only knew total honesty and was thus easily deceived. (Bertrand Russell once commented on the philosopher G. E. Moore, that he only once heard Moore tell a lie, when he asked Moore if he had ever told a lie, and Moore replied, "Yes").

In the early twentieth century someone brought to the great Rabbi Avraham Yitzhak Kook, first Ashkenazi Chief Rabbi of pre-state Israel, the following dilemma. He had given his son a good Jewish education. He had always kept the commands at home. Now however the son had drifted far from Judaism. He no longer kept the commandments. He did not even identify as a Jew. What should the father do?

"Did you love him when he was religious?" asked Rav Kook. "Of course," replied the father.

"Well then," Rav Kook replied, "Now love him even more."

Sometimes love can do what rebuke cannot. It may be that the Torah is telling us that Isaac was anything but blind as to his elder son's true nature. But if you have two children, one well behaved, the other liable to turn out badly, to whom should you devote greater attention? With whom should you spend more time?

It may be that Isaac loved Esau not blindly but with open eyes, knowing that there would be times when his elder son would give him grief, but knowing too that the moral responsibility of parenthood demands that we do not despair of, or disown, a wayward son.

Did Isaac's love have an effect on Esau? Yes and no. It is clear that there was a special bond of connection between Esau and Isaac. This was recognised by the sages:

Rabbi Shimon derives this from the fact that usually people serve their parents wearing ordinary clothes while they reserve their best for going out. Esau, however, had kept his best clothes in readiness to serve his father the food he had gone out to hunt. That is why Jacob was able to wear them while Esau was still out hunting (Gen. 27:14).

We find, much later in the Torah, that God forbids the Israelites to wage war against Esau's descendants. He tells Moses:

Give the people these orders: "You are about to pass through the territory of your brothers the descendants of Esau, who live in Seir. They will be afraid of you, but be very careful. Do not provoke them to war, for I will not give you any of their land, not even enough to put your foot on. I have given Esau the hill country of Seir as his own." (Deut. 2:4-5)

The sages saw these provisions as an enduring reward to Esau for the way he honoured his father.

So, was Isaac right or wrong to love Esau? Esau reciprocated the love, but remained Esau, the hunter, the man of the field, not the man to carry forward the demanding covenant with the invisible God and the spiritual sacrifices it called for. Not all children follow the path of their parents. If it was Isaac's intent that Esau should do so, he failed. But there are some failures that are honourable. Loving your children, whatever they become, is one, for surely that is how God loves us.