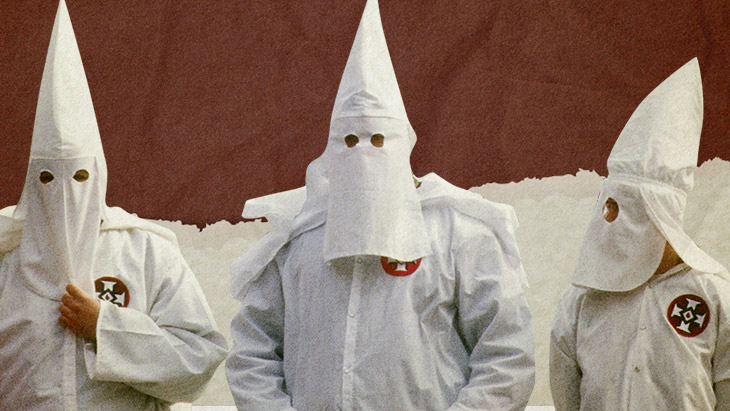 It was a glorious autumn day at the foot of Colorado’s magnificent Pikes Peak Mountain Range. Cory, a 23 year old earning a master's degree in education and leadership at the University of Colorado, was out on a recreational pheasant hunt with friends.

It was there that he met Jake*. Tall, with a scruffy beard and both arms covered in tattoos, Jake took a liking to Cory. They exchanged numbers and over the next few months kept in touch. One day, Cory was at the shooting range preparing for elk season when in walked Jake. He gave Cory a big hello and, after some small talk, extended an invitation to his home.

“Come meet my friends,” Jake said. “I told them all about you. We’re all getting together and I really want you to come.”

“I don’t really have the time right now,” Cory said.

“Listen,” Jake said leaning in. “I'm a member of the Ku Klux Klan, and we're having a recruiting event. I want you to join us.”

Having grown up in Long Island, attending public high school that was majority Jewish, Cory had never met a KKK member before. Yet he’d heard of the KKK’s notorious history in America and specifically Colorado, where a century ago the white supremacist group dominated all levels of government – controlling the state legislature, the governor’s office, and State Supreme Court. Denver’s mayor and police chief were Klansmen, as was Colorado’s U.S. Senator. And Cory knew that though the Klan today has diminished into political obscurity, Jews remain a target of their hate-filled ideology calling for the “purification” American society.

The repulsed reaction on Cory’s face said it all.

“It's not what you think,” Jake said. “We do philanthropy and social events. We just want what's best for our country.”

In shock, Cory's only response was, “I’m Jewish.”

Jake recoiled in disbelief. “But Jews don't spend money, and I've seen you spend money. Jews live in mansions, and you live in a regular apartment. Your nose is not huge! You don't have horns!”

Cory stared back with a mix of amusement, confusion, and disbelief. Then things turned ugly.

Both Jake and Cory had guns in hand, like enemies facing each other with a chance one would not be left standing. After what felt like an eternity, Jake turned away and the standoff ended.

As he left, Jake snarled, “The next time I see you, I’m gonna kill you.”

Cory was left momentarily shaken and decided to put the bizarre episode behind him.

A few months later, Cory was back at the shooting range when he heard someone shouting his name. He turned around to see Jake walking toward him with his gun drawn and at his side.

“I can't do this now in public,” Jake growled. “It's not worth the price of killing a Jew. But you'd better keep your eyes peeled for me.” 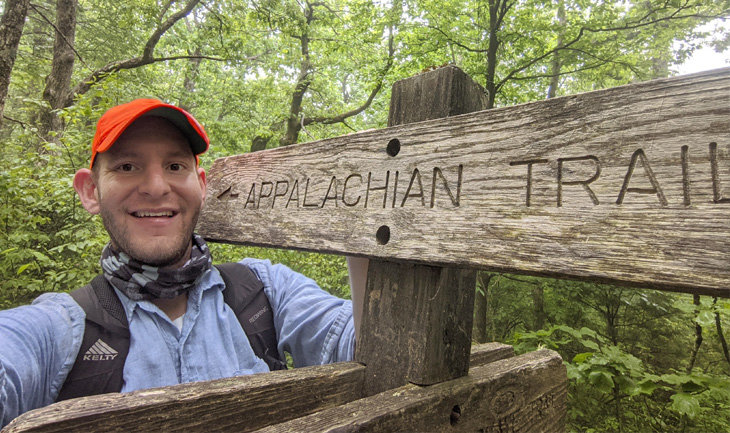 Cory went to file a report with the manager of the shooting gallery. They reviewed the video footage from the security camera and contacted the police who arrested Jake for brandishing a firearm in public.

Cory's main takeaway? Don't tell people you're Jewish. Anti-Semitism is alive and well, and being Jewish is a scary thing that is best suppressed and buried. Sure, he’d grown up lighting Hanukkah candles and eating apples-and-honey on Rosh Hashanah. But after his Bar Mitzvah, he’d barely stepped into a synagogue again. Being Jewish felt more like an accident of birth.

Don't ever tell anyone you're a Jew, Cory told himself that day at the shooting range. Being Jewish just isn’t worth it.

Cory was always an avid outdoorsman. As a child, he’d accompany his father to the local 4H Club for farming and wilderness activities. As a young adult, Cory was drawn to the Wild West, where he'd spend adventurous weekends horseback riding and hiking. He volunteered at a local cattle ranch in Colorado and would go on hunting expeditions several times a year.

“Out on the trail, there are bears, wolves, coyotes, and mountain lions,” Cory says with a smile. “When you’re out in nature and hear an elk bugling, or you’re standing atop a towering mountain with a view for miles; it’s a humbling experience.”

After completing grad school, a road trip brought Cory to North Dakota, where he started his career as the director of the dormitories at a small state university. 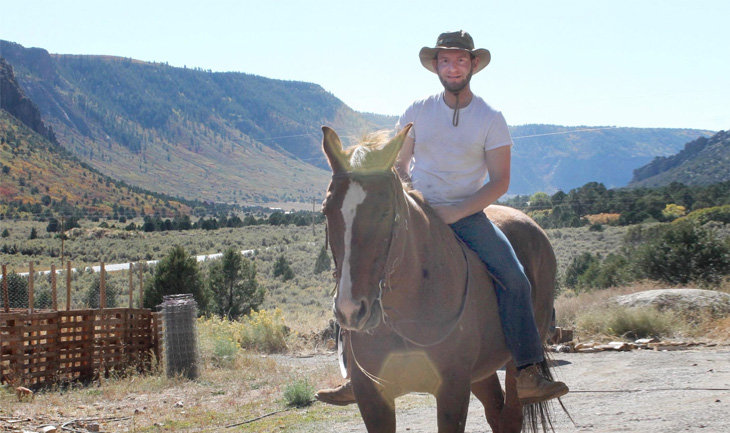 One day, Cory took advantage of the university’s health insurance plan and went for a generic medical checkup. He was referred to a dermatologist, who noticed some irregular spots on his skin. They took some biopsies which came back positive for melanoma, a type of skin cancer.

The spots were surgically removed, and though no chemotherapy was required, for a healthy outdoorsman like Cory, this shook him to his core. He felt something essential missing in life, and his thoughts turned to spirituality.

Cory thought back to his Birthright trip to Israel five years earlier. He loved Israel and didn't want to leave. But he had commitments back in the U.S. and Israel became a distant memory.

Now at age 26 with Judaism nowhere in sight, he didn't know what to do or how to start his spiritual awakening. Cory turned to his mother and she suggested he try Torah study. She'd been to Israel with Momentum a few years prior and had become more Jewishly-inclined and involved. So Cory began a one-on-one weekly Torah study with JInspire, which he faithfully maintained since 2018.

Fast forward to the fall of 2020 when, due to Coronavirus, campus activity was shut down – and Cory got laid off. He contacted Rabbi Chaim Sampson of Project Inspire, who suggested studying at Aish HaTorah in Jerusalem. “One hour a week is good,” the rabbi said, “but that doesn't compare to an immersive experience.”

The idea resonated and within a month Cory was in Israel, studying full-time at Yeshiva Aish HaTorah.

“The past few months at Aish have changed my life. I believed in God before I came here, but I wanted to deepen my understanding of what it really means to be Jewish.”

We need to know and appreciate why being Jewish is worth it.

“I am learning Hebrew, and coming to Israel during the pandemic, with all the lockdowns, has given me an even more unique experience to understand, develop, and connect to Judaism than I probably would have had at any other time.

“Aish is an amazing place. It's unbelievable that I get to sit on a balcony that faces the Temple Mount and have the opportunity to learn with so many other questioning students and great rabbis, all at my own pace. Everyone here is so welcoming; it's a real privilege to call Aish my home.

“Yes, being Jewish might sometimes feel scary,” he says, “but now I know and appreciate why it’s worth it.”

RIGHT NOW, Aish.com, along with Aish HaTorah, is running its annual Spark the Flame Causematch Campaign. By raising $4M dollars, visionaries like you will help create a new generation of value-centric leaders, build communities online and in person, and share timeless Jewish wisdom with people all over the world! Donate today to take advantage of our 4x match... and turn dreams into reality! Click here to donate.

Bob Dylan and Me

In Search of the Perfect System