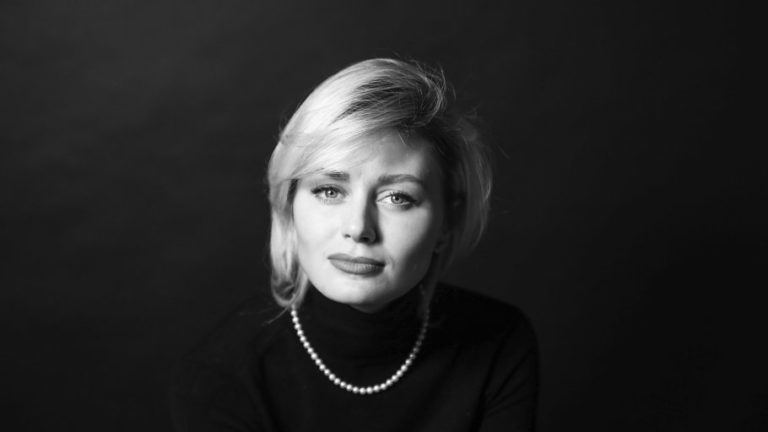 The Washington Post recently published an essay by theater writer Carey Purcell, titled “I Am Tired of Being a Jewish Man’s Rebellion.” Filled with astonishingly retrograde anti-Semitic stereotypes, Purcell, a Christian raised in the South, wrote self-pityingly about how two Jewish men whom she had dated seriously both broke up with her in favor of the nice Jewish girls their mothers always wanted for them.

Purcell stated that her friendships and romances with Jews led her to “love and respect” Judaism as a religious faith and culture, but she was beyond ticked off that these boyfriends seemed to pull a bait and switch, first claiming that religion didn’t matter but changing their minds later on.

In the paragraph of her essay that earned the greatest mockery and derision, she wrote, “At first glance, I fulfill the stereotypes of a white, Anglo-Saxon Protestant (WASP). I’m blond, often wear pearls and can mix an excellent, and very strong, martini. Manners and etiquette are important to me, and when I’m stressed, I often cope by cleaning.”

Yes, this got by a Jewish editor at the Washington Post in the year 2018.

Both Purcell and the editor were instantly excoriated not only for the blatant and shameful anti-Semitism in the piece, but also for providing a platform for the writer’s cluelessness. How could these Jewish men drop a blonde, martini-mixing shiksa like her, who wears skinny jeans and likes to clean? Naturally, she lays the blame at the feet of their overbearing mothers.

Purcell has been widely ridiculed for the piece, both in other essays and in hilariously skewering tweets. One example from Twitter: "Manners are very important to me, which is why I’m writing a piece blaming my ex-boyfriends’ religion for our breakup in a national newspaper. This is a polite thing to do."

Purcell’s naïve assumptions about interfaith dating have lead to countless cases of heartbreak and divorce.

Most have taken her to task for the anti-Semitism and her lack self-awareness. But there is something just as bad, if not worse, than her anti-Semitic stereotypes. That was the list of naïve assumptions she held about interfaith dating that are very widespread, and which lead to countless cases of heartbreak and divorce.

For example, Purcell, who describes herself as a Christian “loosely and in the most liberal sense possible,” wrote that she doesn’t discuss her faith on first dates, “but if I find myself falling for someone who does not share my spiritual views, I bring up the subject. If it’s going to be a problem, I want to know.”

How can a lack of shared spiritual values ever not become a problem? In traditional Jewish dating, job #1 is trying to determine the religious values and observance level of a prospective date, before that date ever takes place. Building a life requires a shared vision. It requires choosing a community, schools, friends, and meaningful rituals. How does a couple do this when they only begin to consider these things after they are already married? Without shared values, which still mostly spring from religion, conflict is inevitable.

In fact, it was a problem for Purcell earlier than she thought. She boasted that she had learned about Judaism through attending Chanukah parties and Passover seders with friends, and sometimes reminded her boyfriends about upcoming holidays. “We laughed about the fact that I knew more about the Jewish faith than they did,” she wrote.

But something was gnawing away at those boyfriends, and maybe they realized that marrying a Christian who still attended church – a thought that might have registered as they were hanging the tinsel on Purcell’s Christmas tree – wasn’t funny at all. They probably realized that in such a marriage, their own children might be lost to Judaism forever.

These men were hanging on to their Jewish identity by a thread, but they weren’t willing to make that final break.

Another misconception Purcell had was thinking that mutual respect for one another’s religion would be enough. “As long as we [could] talk about it, I thought we’d be able to work through any issues that came up,” she wrote.

Well, yes, a couple can work through issues that come up, provided that they share essential values in the first place. Judaism and Christianity are incompatible theologically. You can talk all day and all night with respect galore, but you cannot bridge an unbridgeable chasm. There is ample evidence of the multiple sources of strains on interfaith marriages, which explains their considerably higher divorce rates compared with marriages between same-faith marriages. This has been written about extensively, including by Naomi Schaefer Riley, a Conservative Jew married to a former Jehovah’s Witness African-American writer in her book, “Til Faith Do Us Part: How Interfaith Marriage Is Transforming America.”

Another dangerous misconception is the idea that an interfaith couple can simply encourage their children to respect and explore different religions equally. But you cannot teach what you do not know yourself. And just how would you “explore” the different religions? Synagogue on Shabbat and church on Sunday? That’s a great way to teach your children that nothing really matters; it’s all the same; go ahead and choose.

Purcell has done Jewish singles a huge favor by shining a light on the true complexities of interfaith dating.

Healthy religion provides a moral anchor and an essential sense of identity. You cannot provide this by offering different religions like a tray of colorful fruits, each one delicious in its own way. Trying to offer – how many?—religions is the same as offering none.

In her self-absorption, Purcell concluded that really, these Jewish boyfriends were just Mama’s boys who buckled under maternal pressure to marry the non-pearl-wearing, martini-challenged, slovenly Jewesses. Thus her self-righteous anger at proclaiming herself “a Jewish man’s rebellion,” a role she hopes never to reprise.

Some online observers said that Purcell has done Jewish singles a huge favor by shining a light on the true complexities of interfaith dating, including, perhaps, latent anti-Semitism among non-Jewish partners. If these secular Jewish men, who didn’t even fast on Yom Kippur, began to consider how the entire trajectory of their lives would change based on marrying a Jew versus marrying out, perhaps it will encourage others to do the same.

This Bus Driver Was So Impressed with a Group of Jewish Students, He Flew In for Their Graduation
Megillah Gorilla Saves the Day
Challah Reuben “Grinder”
Big OnThe Little Things
Comments
MOST POPULAR IN Israel
Our privacy policy
Aish.com Is Looking for Great Writers