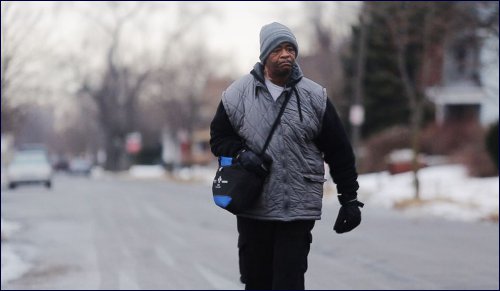 James Robertson leaves his home in Detroit at 8am every morning in his work boots and heavy coat. Fifty-six years old and slightly overweight, Robertson does not look like an endurance athlete. But every day, in the bitterly cold winter wind he begins an Olympic-like commute, taking buses partway and then walking an incredible 21 miles to and from work. He does it five days a week and has been walking for the past decade since his 1988 Honda Accord broke down and because he lives in an area that opted out of a more comprehensive bus system. 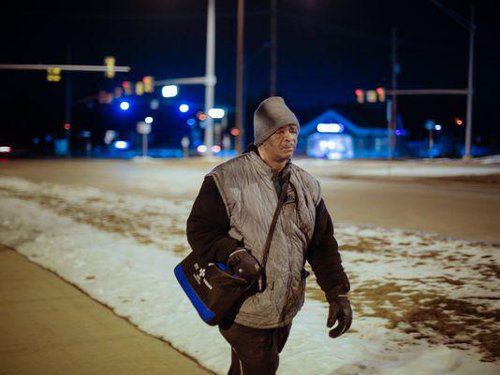 The Torah teaches us the power of this duality: believing that it is our determination that can get us through a 21-mile commute and that He is simultaneously carrying us through all of our obstacles. We believe on the one hand, that the "whole world was made for me" and " I came from dust and will return to dust." Holding both of these seemingly contradictory ideas in our hearts can pull us through seemingly impossible challenges. We need to believe that everything was created just for us, that we have the strength to deal with a broken down car, to walk as many miles as we need along snow covered roads, to accomplish anything that we're determined to do. But the roads are slippery, the nights are dark and sometimes we're not sure we can take another step. And so we also need to remember the faith embedded in Robertson's deep humility: we are not walking alone, that we are finite and limited, and we need God's protection and help to get us through the darkness.

But beyond modeling the dual power of faith and determination, Robertson's story teaches us about the beauty of kindness.

A banker named Blake Pollack noticed James walking on the side of the road as he drove in his own warm car and began offering him rides whenever he could. "I saw that guy so many times, climbing through snow banks. I saw him at all different places on Crooks. Knowing what I know, I can’t drive past him now. I’m in my car with the heat blasting and even then my feet are cold. I always say to my friends, I’m not a nice guy. But I find myself helping James.”

Blake shared James Robertson’s incredible commute with the Detroit Free Press and when Evan Leedy, a college student, heard the story he decided to do something about it. Evan started a GoFundMe drive and raised over $300,000 from more than 11,400 donors in four days. And Suburban Ford of Sterling Heights decided to give Robertson a 2015 Ford Taurus when they heard about Robertson’s icy, daily treks.

Twenty one miles a day. Quiet, humble steps that James thought no one noticed. But every step changed him, strengthened him, showed him he could overcome the coldest and darkest nights if he just kept moving forward and believing that God would help him through. And in the end, these steps became lights of courage for others who learned from his astounding determination and asked themselves what they could give.

How to Stop Self-Sabotage

Shake Off the Dust and Get Up

Principle of the Soul #5 - It's the Thought that Counts

How I Achieved My Personal Breakthrough
Why My Iranian Mother Didn’t Want Me to Become a Religious Fanatic
The Jewish History of Prague
Why the Sexual Revolution was Bad for Women
Comments
MOST POPULAR IN Spirituality
Our privacy policy
Aish.com Is Looking for Great Writers