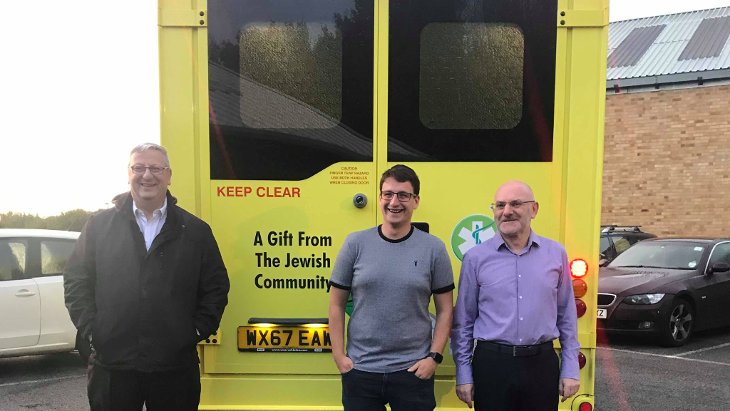 London Jews drove 360 miles to take an elderly man on a five-minute drive in their ambulance when no other help was available.

Derek Oliver didn’t know what to do. At 84, he’s in poor health and can’t leave his home in the Rhondda Valley in Wales. That meant he couldn't visit his wife Eirwen, 85, who suffers from dementia and lives in an assisted care facility, even though they are only a five-minute drive apart. The Olivers have been married for nearly 60 years.

“Last time I saw her, I said ‘see you tomorrow’," Derek Oliver said. “That was six months ago. I really miss her.”

Though the Olivers aren’t Jewish and live in an area with few Jewish residents, their son David turned to a new Jewish charity in far-away London asking for help. In an Aish.com interview, London-based paramedic Saul Gaunt, who volunteers with the London branch of the Ambulance Wish Foundation UK, said, “We jumped at the opportunity to help."

The Ambulance Wish Foundation was formed in the Netherlands in 2007 to help people with terminal illnesses who cannot travel without the aid of an ambulance to fulfill their final wishes. It has since spread to other countries, including Israel.

The London Branch of the Ambulance Wish Foundation has its origins in 2017, when two enterprising Jewish women, Rebbetzin Freda Kaplan of Hampstead Garden Suburb Synagogue, and London GP Dr. Judith Tobin, joined forces to start a group in London. Rebbetzin Kaplan saw how important it was to help transport home-bound patients after her own father travelled in an Ambulance Wish Foundation ambulance in Israel to attend his grandson’s wedding. Her father passed away four days later, grateful he’d seen his grandson married.

Together the two women helped the Jewish community to raise $100,000 to buy an ambulance. (Rebbetzin Kaplan, a grandmother, went skydiving in order to help raise funds.) They partnered with United Synagogue, which represents Orthodox communities across Britain, and by 2019 the group was ready to train volunteers.

“I’m a registered paramedic working in London,” Saul Gaunt said. He volunteered to help train community members to work with elderly and ill patients in the ambulance. Dozens of volunteers came forward and soon Saul was training 36 Londoners who wanted to help. It was a busy time for the young paramedic; Saul got married in June just as he was in the middle of intensively training the volunteers. “It did get busy but the enthusiasm of the volunteers gave me energy to train them to help others." 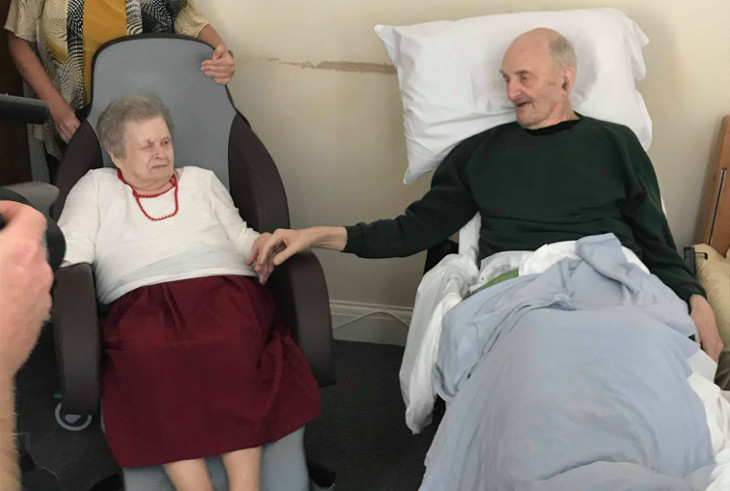 Derek Oliver was one of the first people the group helped. Saul and two other volunteers, David Kurash and Peter Phillips, left the area of Barnet in north London at 5:45 AM, and drove about four hours to the Rhondda Valley in south Wales to pick up Derek and take him to visit his wife, just a five-minute drive away in the Ty Pentwyn Nursing Home.

As soon as Derek entered her room, he could see Eirwen was having a good day. She smiled and said hello, and when Derek asked if she’d missed him she whispered a quiet “yes”. The couple held hands and Derek gazed at his beloved wife.

It was an emotional moment. “What became apparent,” Saul explained, “was this was perhaps the last time Derek and Eirwen were going to see each other, perhaps ever.” The London volunteers left the couple alone for a couple of hours, then returned and drove an exhausted Derek back home. “Derek was very emotional afterwards,” Saul recalled. “I asked him how he felt and he said ‘thank you so much, it means the world to me.’”

The Oliver’s son David was grateful, noting that the London volunteers drove over 360 miles just in order to take his father around the corner in five minutes. He’d tried to find local ambulances willing to drive his father, but was unsuccessful. The London ambulance volunteers were the only crew willing to help. 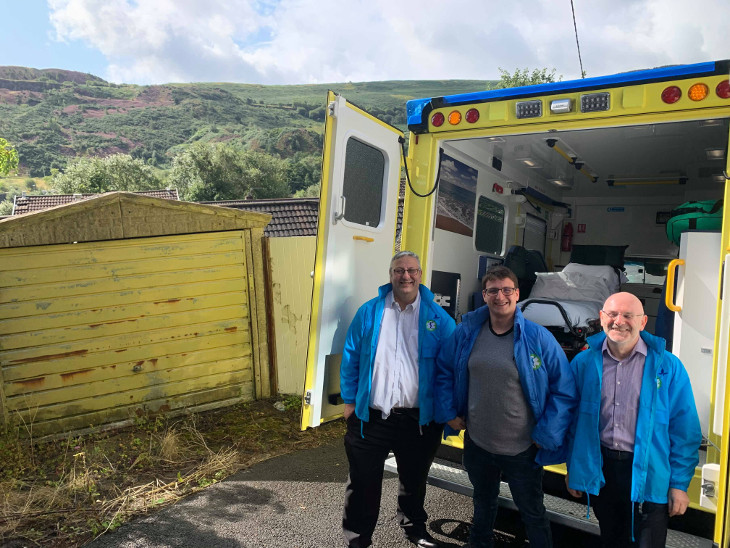 Saul and the other volunteers don’t want thanks or praise. His crew was delighted that they were able to help the couple reunite and are looking forward to other opportunities to help other people soon. “We’ve only been operational for about a month and a half and we’ve already undertaken two wishes.” By the end of September the foundation is planning to transport at least six people, including a very ill person who wants to go on a final outing with his family.

“We’re trying to help as many people as we can,” Saul said. He is proud of the ambulance volunteers. “The things we’re asking people to do are not easy. It's physically demanding and emotionally draining, yet many in London’s Jewish community are excited to volunteer.

"We’ve all got it in us to get out there and do some good."

Seeing Truth in a Complex World

Back to the Dark Ages
Saadiah Gaon, Rashi and Maimonides: How Three Rabbis Revolutionized Judaism
King Sennacherib and the Siege of Lachish
Three Small and Easy Changes to Add Positivity in Your Home
Comments