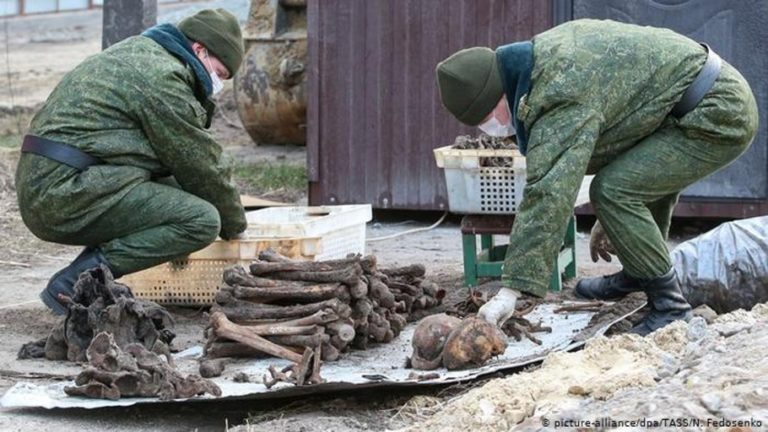 The blood of 1,214 souls cries out. Do we not hear their voices?

Looking out her window, Tatyana Lakhay discovered the horrors of the Holocaust unearthed before her very eyes.

Living in Brest, Belarus, one day Tatyana was glancing out of her window watching the construction site of a new luxury apartment complex being developed. Instead of the usual construction workers, she saw masked and gloved soldiers pulling human skeletons from the dirt. The bones of 1,214 human beings to be exact. There were bullet holes in skulls.

These are the remains of Jews who were slaughtered by the Nazis and thrown into a mass grave. Tatyana remembers thinking “My God! What is going on?” as the bones kept coming out of the earth.

A local architect, Irina Lavrovsky, petitioned that the construction site be turned into a memorial park for the Jews who were murdered by the Nazis. Her request has been denied. After all, luxury apartments are needed. Lavrovsky recalls being a young girl in the 1950s and seeing human remains being removed from another nearby construction site. “There was a terrible smell in the whole neighborhood. It was so awful it was impossible to hide.” 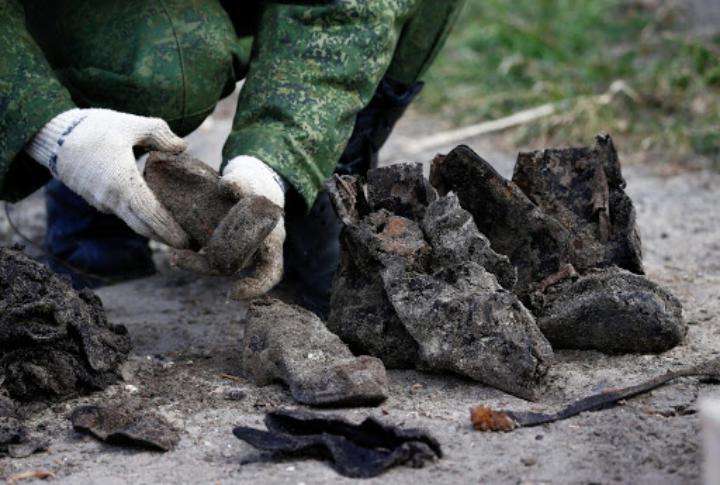 According to the New York Times, “Most of the remains on the site were probably of Jews who had initially managed to hide or flee but were then captured after the Nazi’s destroyed Brest’s Jewish ghetto in October, 1942.” Jews had made up about half Brest’s population of 60,000 in 1941. They are thought to have been killed mostly in a secluded forest. Taken by rail for an early test of logistics for Hitler’s “Final Solution”, the Jews were shot and murdered in cold blood. The stench of death filled the air. Nobody cared.

I am reminded of the question that God calls out to Cain after he kills his brother, Abel.

“Where is Abel your brother?”

Cain replies. “I do not know. Am I my brother’s keeper?”

God does not allow Cain to hide from his hideous deed.

“What have you done? Do you hear the voices? These are the drops of your brother’s spilled blood! They cry out to me from the ground.”

Do we not ask the same question? Do we not cry out and weep for the blood of our brothers and sisters that have seeped into that cursed earth? Do we not hear their voices?

The Times speaks of “remains on the site”. I don’t see remains; I see the faces of children, the agony of parents, and the raw fear in the eyes of men and women, young and old. I hear their cries. They still fill the atmosphere rising to the skies above us. They will not be silent. 1,214 souls.

The Torah describes the “drops of blood of your brother” in plural because when you kill a person you it is not just that soul whose life you have stolen. You have murdered their children and children’s children. There is no end to the carnage.

Now we face hatred and venomous anti-Semitism once again. Who would believe that in front of our holy ark in shul bullets would fly? Jews attacked for one reason only: because you have been born a Jew. We are not speaking about the ghettos of Europe 75 years ago. We are looking at the life of a Jew today in the United States of America. Our sons and daughters on college campuses confront twisted minds who threaten and shout them down. Choosing those who have proudly put mezuzahs up upon their doorways, these are the apartments picked to plaster fake eviction notices.

Painted swastikas do not raise eyebrows anymore. Standing against Israel is considered ‘cool’. But we know the truth; it is dangerous anti-Semitism rearing its ugly head. The wrapping looks different but the contents are the same. It is not just Jews who must beware. All mankind with a conscience beating within must take notice.

“Am I my brother’s keeper?” Cain’s words echo to us all today.

The Secret of Jewish Survival

We are in the days of counting the Omer until we reach the holiday of Shavuot when we received our holy Torah. These are also days of mourning when the students of Rabbi Akiva did not engage respectfully with one another despite their vast knowledge. Tragically, 24,000 died.

It is only through unity and love of one another that we find the strength to confront our challenges as a nation. As the Jewish nation stood at Sinai, they are described as camping together as one singular individual, like “one man with one heart”. This is the direction we must embrace.

Let’s realize that it is only through togetherness that we stand tall. In every generation there are those who have despised us, shot at us, and attempted to crush both our bodies and spirits.

They will never succeed.

The Jewish people lives on. But individually each of us needs to choose to live Jewish.

The city of Brest was once called Brisk. It was a noble bastion of learning and studying Torah. Nazis entered Brisk on June 22, 1941. No Jew was spared. In two weeks all Jews were required to wear yellow signs on their back and chest. Jews were forced to move to the ghetto. The beautiful Great Choral Synagogue at the main entrance to the ghetto was turned into a warehouse of goods confiscated from the Jews. After the war, the synagogue’s six-sided stone was enclosed to hide its original form and the building was turned into a cinema. The Hebraic writing is preserved in a room on the ground floor which has been converted into a toilet. The Jewish cemetery has been turned into a sports stadium. The high quality Jewish headstones have been recycled into roads and pavements. Modern day Brest was built out of Jewish tombstones. There is blood in the soil.

The consolation from all this tragedy?

This past week I placed my hands on my children's heads and blessed them as they were returning to Jerusalem. My son and his wife, married just a year, are bonded on their mission to build a home filled with Torah. My son is learning in Brisk Yeshiva, keeping the wisdom of our great sages alive.

The bricks and buildings may not have survived, but the passionate words of Torah ring loud and clear. This is the secret to Jewish survival.

With love in our hearts, we stay connected to our roots and take the Torah of our parents with us, no matter where life takes us. We live courageously as Jews.

Count Us In
Olivia Newton John’s Grandfather was a Nobel-Prize Winning Jewish Physicist
Don’t Believe in Other Gods Versus God is One
Seeing Without Eyes
Comments
MOST POPULAR IN Israel
Our privacy policy
Aish.com Is Looking for Great Writers