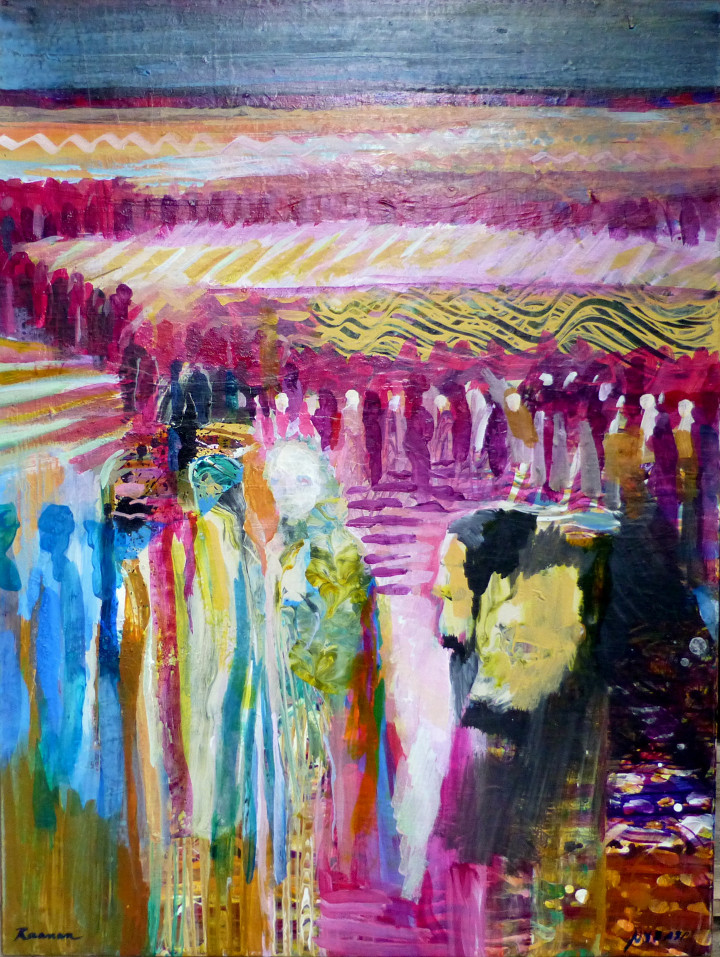 Korach…took [himself to one side] along with Dathan and Abiram ….with two hundred and fifty princes …They assembled against Moses and Aaron…The earth beneath them split open. The earth opened its mouth and swallowed them and their houses, along with the people who were with Korach, and all their property. (Numbers 16:1-3, 31-32)

In Jewish tradition, the name Korach has come to stand for division and conflict. In the forefront of the painting, the bold dark face – or faces − of Korach stand out sharply against the colorful background. He is “two-faced” because he instigates a dispute out of jealousy and desire for personal gain, yet in order to attract followers he pretends to be interested in the good of others. Next to him stands a white-faced figure, perhaps Dathan or Abiram, one of his deluded followers.

The sky is dark and ominous in the background, a premonition of what is to come. In the center, a circle of people − perhaps the 250 leaders who supported Korach − surrounds an area of the earth which is beginning to split and shake, soon to open and swallow those who instigated division and controversy.