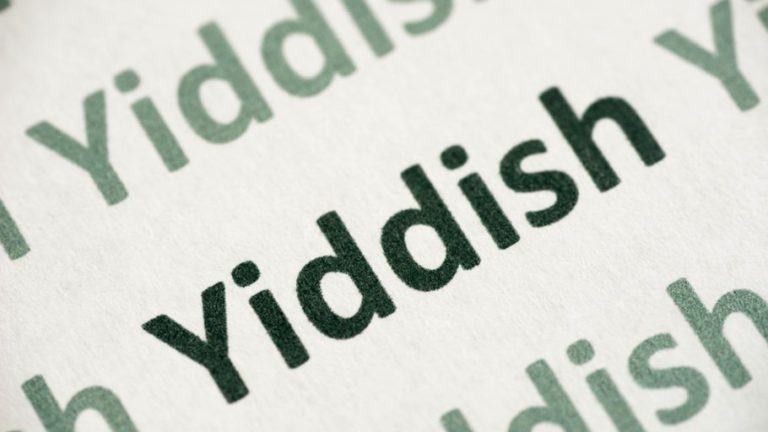 Balabusta, kvell, zei gezunt, what do they all mean?!

We Jews are a passionate people full of vivid words and expressions in both anger and love. As our vocabulary for fools and our curses (“May you ….”) are legendary, we thought it was time to talk of our colorful words for those times we’re over-the-top happy, thrilled, proud and yes, even satisfied!

For millennials who may have missed the finer points of these all-important Yiddish words and expressions, have a go and see if you’re up to it!

THE YIDDISH QUIZ OF GOODNIKS

Usage: “You should see my daughter! Who would have thought she’d become such a balabusta?”

Answer B: A superb home-maker, she’s also the “hostess with the mostest.” Whether it was just for us or a sudden crowd of 30, my own mother, may she rest in peace, could serve and entertain with one chicken and silly string and make it look easy. All were fed, feted and felt the warmth.

Usage: “Darling, when it comes to you, I ‘kvell,’ which can be annoying to other people, so I only share on selected social media.”

Answer B: Your son just decided to become an oncologist, your daughter is on a dig in Israel, your husband’s blood pressure, thanks to your cooking, is down to 140/80 and your bursting with such pride you simply must share the good news with all in your life and even a few in the elevator at Bloomingdale’s.

Usage: “When all the grandchildren came at one time to us in Miami, just seeing them together in the pool was such a mechayeh!”

Answer C: From the Hebrew root “chai” for “life,” a mechayeh literally means “resurrection” – a feeling of delight or relief – whether from an icy glass tea on a hot day, to seeing the grandchildren in Miami. According to Leo Rosten, “It’s uttered with a smile, a grin, or a pleased cluck.” For example, in the shtetl, if soldiers didn’t barge in, that was a big mechayeh.

Usage: “Listen, mamala. Would dad and I interfere in your choice of partner? Of course not. As long as he’s a mensch.”

Answer A: It literally means “man,” but when used by Yiddish speakers he’s much more. Whether an academic or not, he has a deeply considerate soul. “Sammy” was our mensch. Many years ago, my father had a horrific accident that laid him up for a year. We noticed our snow was being shoveled but had no idea who was doing it. One day, my mother spied a man outside we didn’t know. He was a neighbor, Sammy, who lived three blocks away. He heard about the accident and did the deed. From that day forward, my father and he, two wildly different men, became “brothers,” as my father dubbed him a true mensch both for the work, and the sincere desire to help without even asking for recognition.

Usage: “I love my oytser and couldn’t even think of a life without!”

Answer B: “My Mendel is my oytser! A treasure. As my mama would say: ‘We were meant to be’ and the Bible agrees. ‘My cup runneth over’ from him.”

Usage: “That ‘bubbe’ tells the best stories! I’m LMHO from the analysis of Bart Simpson alone.”

Answer C: When my parents took my Bubbe to see “Fiddler” she said of the shtetl … “Good! Only I don’t remember so much singing!” NOTE: Bubbeleh which no doubt relates, is one of the most endearing terms in Yiddish. Should bubbe call you this, you’re one "little doll."

Usage: “Milty, my son, I noticed her acne and the limp, but even so, your girlfriend has a shayna punim.”

Answer C: The phrase, shayna (pretty) and punim (face) means what else? A pretty face. If you’re a bubbe saying it to your granddaughter, add a loving sigh as in: “Mamala, you have such a shayna punim!” Alternative: If you want to “kvell” about her whole body, use: “shayna maidel” for pretty girl!

Usage: “Thank you for inviting us! And take care of that cold. Listen, in this snow, we’d better get going. Oh, and zei gezunt, Sheila.”

Answer B: Now, the only question that remains is why isn’t A also correct? After a sneeze, it’s customary to say “gezuntheit” (which literally means “health” or “in good health), however, the issue is one of usage. A brief history: The Patriarch Jacob was the first person to become ill before passing on. Before that, people would sneeze and die. When God infused the soul into Man, He "blew it" into Adam's nostrils so it’s only natural that the soul would leave through the same portal. More, during the Middle Ages, as a sneeze could have meant an incurable disease, people would bless the sneezer.

So how did you do?

The Joys of Yiddish