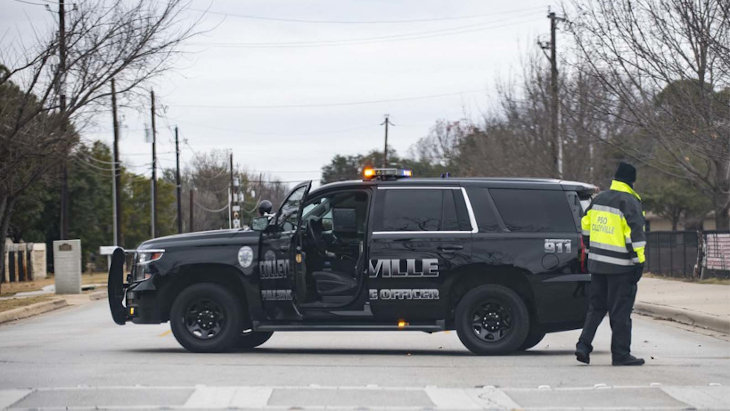 Four lessons in the aftermath of the synagogue hostage stand-off.

Thank God, they are safe. Late Saturday night, all remaining hostages from Congregation Beth Israel in Colleyville, Texas, were rescued. The armed kidnapper who’d kept them hostage for over ten grueling hours was dead, apparently after a shoot-out with police.

The assault began soon after the synagogue began its Shabbat morning service at 10 AM. According to an apparent phone conversation that the attacker had during the siege – captured on the synagogue’s live-stream on its Facebook page – the armed man gained entrance to the synagogue by asking for help. “They let me in. I said ‘Is this a night shelter?’ and they let me in and they gave me a cup of tea, so I do feel bad,” the attacker can be heard saying.

At 10:41 am, the Colleyville Police Department received an emergency call reporting the attack. They dispatched a SWAT team and were soon joined by officers from other law enforcement agencies, including the FBI. A long, tense standoff ensued, lasting for 11 hours. The attacker claimed to have explosives and other weapons.

For much of the stand-off, it seemed that the attacker was determined to kill his hostages. “I’m going to die, don’t cry about me,” the attacker could be heard saying at one point on the live-stream. At about 2 PM, he was heard saying to someone on his phone: “Don’t cry on the (expletive) phone with me…I have six beautiful kids… There are hostages in the synagogue who are going to die.”

He demanded the release of Aafia Siddiqui, a convicted terrorist who is serving an 86-year prison sentence at Carswell Air Force Base, about 15 miles from Colleyville. Dubbed “Lady al-Qaeda,” Siddiqui was convicted by a New York City federal court in 2010 of attempted murder of US military personnel. Her case has become a cause celebre among Islamist terrorists, and she has been championed by ISIS and al-Qaeda as a heroine.

After six hours of negotiations, one hostage was released. The three remaining hostages were finally freed after a SWAT team stormed the building.

As the world processes the intense terror and horror that we all experienced as we watched and waited and prayed for the hostages release, here are four crucial lessons we can learn.

1. The attack on the Texas synagogue was an attack on all of us.

The siege of Congregation Beth Israel could have been a siege on any synagogue anywhere in Texas, or indeed anywhere in the world. Nothing at all connects the Jews worshipping there with the terrorist Aafia Siddiqui, except the fact that Siddiqui and her supporters are seemingly obsessed with and harbor intense hatred of all Jews, everywhere.

Throughout her 2010 trial, Saddiqui ranted about Jews and insisted that she didn’t want any Jews to be jurors. Her supporters share her anti-Jewish obsession. This was not an attack on any specific synagogue or specific Jew – it was an attack on all Jews everywhere. Any one of us could have been targets.

2. All Jews are responsible for one another.

It’s a core Jewish tenet that all Jews are responsible for each other: Kol Yisrael arevim zeh b’zeh (Talmud, Shevuot 38a). When one of us is threatened or in harm’s way, we each have the obligation to come to help.

In the case of the siege in Texas, Jews across the world put this dictum into action. I saw this in my own personal community as soon as Shabbat ended and I learned the terrible news that the attack was still going on. Within minutes, my synagogue and others across Chicago had organized a communal event to recite Psalms together and pray for the hostages’ release.

This call to action was repeated across the Jewish world. “We call on all congregations to pray for the welfare of those inside Beth Israel and the federal and local law enforcement officers on the scene,” the Orthodox Union said in a Saturday evening statement.

“Praying for the safety of our brothers who are being held hostage in Congregation Beth Israel in Colleyville, TX,” was the message from Agudath Israel of America, soon after Shabbat ended.

“What affects one of us, affects us all…Our prayers are with the families of Beth Israel…” said Rabbi Jacob Blumenthal, CEO of the United Synagogue of Conservative Judaism.

As the hostage situation unfolded, the prayers of countless Jews across the world were joining with those of the hostages inside the building. Throughout their terrifying ordeal, the hostages inside Congregation Beth Israel were our brothers and our sisters. We prayed for them with the same intensity we’d pray for our own family members. They were not alone.

The Texas attack is a reminder that antisemites hate us for who we are, not for anything we’ve done. Terrorists and their apologists sometimes claim that it’s we Jews or the Jewish state who are provoking their ire with our actions. That’s nonsense: seeking to harm Jews is never justified.

In the case of the Texas siege, the attacker himself was caught on tape telling someone on the phone that he liked the rabbi he was threatening to kill. “I like the rabbi, he’s a good guy, I bonded with him, I really like him…” the terrorist can be heard saying. “I’ve only been here for a couple hours but I can see he’s a good guy.”

Yet the attacker was prepared to slaughter him. For antisemites, any Jew is fair game. Jews are hated and reviled not for anything we have done, but because of who we are.

4. We’re stronger when we’re together.

During the terrible, anguished hours of the siege in Texas, Jews all around the world stood together proudly and with a common aim: praying for the release of the hostages. Let’s not lose that solidarity. Let’s continue to stand together, continue to support each other. Let’s continue to overlook the differences and divisions within the Jewish community, and stress our commonality instead.

In the aftermath of the terrible attack in Texas, let’s remember that all Jews are responsible for one another. We’re all connected, we’re all family.