The Physician-Assisted Suicide of My Sister’s Friend 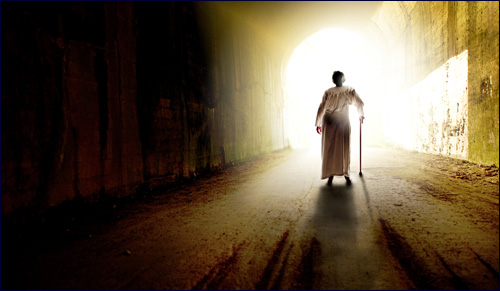 An elderly, paralyzed woman choosing death has shocked and saddened me.

What do you say when you are about to meet someone for the first – and last – time, because she is scheduled for a physician-assisted suicide in 72 hours?

I faced this disturbing dilemma a few weeks ago when I went to visit Paula (not her real name), an 82-year-old woman who had been one of my sister’s closest friends and confidants for close to 20 years. They had known each other for 47 years, since Sharon had been a young teen, and had befriended with one of Paula’s children.

Paula had become a surrogate mother to Sharon after our dear mother had passed away, regularly dispensing her witty, frank and sometimes irreverent advice about life. She encouraged my sister to return to school and offered standing invitations to family events and celebrations. For her part, Sharon had also become a surrogate daughter to Paula, whose adult children were shockingly inattentive and self-absorbed.

During recent years, Paula had endured three increasingly debilitating strokes. Paralyzed and confined to a hospital bed for five years, she could only take liquid nutrition, and a live-in caretaker attended to her most private needs. She suffered frequent pain. After the last stroke in June, Paula entered a home-based hospice program and was not expected to live more than a few weeks. Sharon visited Paula several times a week, often for several hours at a time. Paula told my sister that she was more than ready to die and end her suffering. In fact, she said, she welcomed it.

Instead of weakening further, Paula rallied, regaining some strength, mental clarity and the ability to speak again.

Yet instead of weakening further, Paula rallied, regaining some strength, mental clarity and the ability to speak again. She defied medical expectations and continued to live.

In the fall, unbeknownst to Sharon, Paula requested permission for physician-assisted suicide, which has been legal in California since the California End of Life Option Act went into effect in June 2016. Its proponents refer to it as “medical aid in dying,” and it is currently legal in six states. When Sharon discovered the request had been approved, she was distraught.

“I know she’s ready to go and I hate the thought of her suffering, but I also hate the thought of it being a suicide,” Sharon told me. “The anticipation of what she is doing has my stomach in knots. It’s incredibly painful. I don’t know what to make of it.”

I offered my sister the hope that perhaps God would take Paula peacefully before the appointment with death could take place. The realization also jolted me that I had been remiss in not going to visit Paula earlier; my sister’s close friend should have earned more attention from me. On the spur of the moment, I called my sister from the car and said I was coming over.

Before I arrived, Sharon warned me not to tell Paula that her action was wrong. “She’s heard that from enough friends already. She knows you’re Orthodox and you probably disapprove.”

Rebuking Paula would have been the last thing I could imagine doing, yet as I drove to the visit, I was surprisingly overwhelmed with emotion. I was filled with tears and sadness.

“I want to go out on my terms,” Paula said. But as my sister discovered, the knowledge that someone plans to end her life, even when that life is painful and seemingly has no prospect of recovery, is unnerving, even alarming. I couldn’t help but think: Paula had already defied medical expectations by living months longer than expected, recovering both mental and speech faculties. Was a miracle impossible?

In her hospital bed in the living room, Paula greeted me with a warm smile, her big blue eyes alert and bright.

“It’s an honor to meet you!” she said when my sister introduced me. I instinctively took Paula’s hand and returned her greeting in kind. She was very talkative and spoke mostly about her Jewish upbringing and values. She referred to her grandfather as a Talmud chacham, a Torah scholar; recalled fond memories of working in a Judaica shop during the Hanukah shopping rush; and of happy childhood memories.

Paula did not appear to me to be someone with nothing to live for, or out of steam. When I shared this observation with my sister, she said, “Don’t be fooled. She’s very happy to have so many visitors now. Everyone’s coming to say goodbye. If she cancelled the appointment on Friday all the visitors would stop. Even her kids who live nearby barely come over.”

I left that visit deeply moved, and over the next few days often found myself looking at the clock, counting down the hours until Paula’s date with death. I began to understand why it would be a terrible thing to know the time when we will die; it forecloses hope.

Knowing that a loved one may be close to death often creates an urgency for final expressions of life lessons previously learned but never acknowledged, for final expressions of love and appreciation. Sharon and Paula shared such confidences in those final days, with each discovering how deeply each one had comforted and supported the other. Paula bluntly told Sharon that without her visits, she would have died long before.

Rabbi Benjamin Blech has written eloquently about Judaism’s opposition to any form of suicide. In his article Brittany Maynard’s Tragic Death, Rabbi Blech directly addressed the pressing question of how we can square our compassion for those facing a terminal, painful illness and who, as Paula stated repeatedly, want to leave this world “on their terms,” with the dictates of morality and an awareness of the unseen spiritual dimensions of our actions. Our society trumpets the virtue of the self through self-actualization, self-empowerment, and “following your passion.” Society has reframed physician-assisted suicide as “death with dignity,” which can have a compelling and romantic appeal.

But as Rabbi Blech wrote:

“Suicide in the simplest sense is disagreeing with a Divine verdict for life. To the question of why? – Why should I continue to live when I am in so much pain? Why should I go on when I am only a burden to others? Why should I stay the course when the end I desire is in any event inevitable? – we can only find comfort in God’s response to Moses when asked to ‘show me your glory – let me understand your ways’: ‘Man cannot see Me and live… I will pass before you and you will see my back, but my face you shall not see’ (Exodus 33:18 – 23). As mortals we can never fully grasp the why of God’s management of the universe. Yet there is one truth that often serves to give us a glimpse of His wisdom. We can never see His face; as life unfolds in its mysterious ways we are often perplexed by its seeming cruelties, bewildered by its inexplicable hardships. Yet oft times we can see ‘his back’; in retrospect, events take on meaning, difficulties recognizable as having had purpose.”

May Paula’s soul rest in peace.

America and Jewish Values
In the Shadow of David and Goliath
Where Do the Laws of Nature Come From?
Saadiah Gaon, Rashi and Maimonides: How Three Rabbis Revolutionized Judaism
Comments