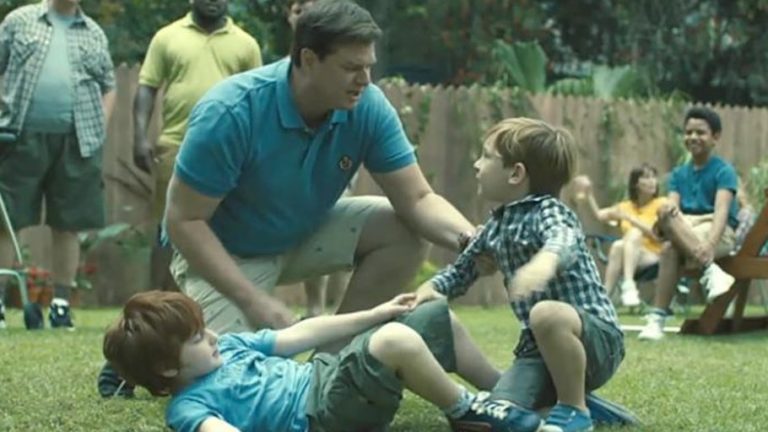 Why Gillette’s new ad is creating quite a stir.

Like a number of other major corporations, Gillette has merged their sales promotion with social commentary. Robert Kozinets, a scholar of marketing and consumer culture at the University of Southern California’s Annenberg School for Communication and Journalism, explained that “Advertisers, when they’re lucky and smart, are able to tap into something that’s part of the popular consciousness. Procter & Gamble is hitching its wagon to the #MeToo movement and rebranding to fit a moral narrative with a lot of energy behind it.”

So the new Gillette ad is intent on creating a new man. A man quite different than the one they themselves portrayed as a role model in their famous Super Bowl XXIII commercial when they promoted their new Atra razor with the theme of the alpha male succeeding in business, on the athletic field and with scores of women.

Many are taking offense that it suggests that most men are bullies and harassers.

Today Gillette takes aim on “toxic masculinity”. It attacks what it claims is a standard for maleness held by large segments of the population. Its concern is not with personal grooming; it is rather a cry for behavioral growth. In line with Gillette’s decades–old tagline to “be the best” this ad blatantly tells men to change their behavior. Dubbed “We Believe,” it opens with audio of news about the current #MeToo movement, bullying and “toxic masculinity.” A narrator then goes on to dispute the notion that “boys will be boys,” asking, “Is this the best a man can get? Is it? We can’t hide from it. It has been going on far too long. We can’t laugh it off, making the same old excuses.” It concludes by challenging men to take positive actions, such as stopping other men, and the next generation, from harassing women.

Why is the ad getting such a huge backlash? Many are taking offense that it suggests that most men are bullies and harassers. The phrase “toxic masculinity” can, as Professor Colleen Clemens puts it, “seem wildly insulting, even bigoted.” The behaviors and beliefs need to be addressed – but defining male-ness as inherently negative can cause a person to harden their stance rather than to change. It's seemingly taken on a meaning – that all conceptions of masculinity are bad – that may be as toxic to men as the negative ideas it was initially meant to tease out.” Psychologist Gad Saad, for example, has written that the term “toxic masculinity” itself pathologizes masculinity “in ways that are harmful to the existential sense of self of young men.”

Instead of the harsh term “toxic masculinity”, the Yiddish term “Be a mensch!” would have worked much better.

Procter & Gamble, owners of Gillette, said it has no plans to pull the spot in the face of some negative reaction, The Wall Street Journal reported. “We recognize it’s sparking a lot of passionate dialogue – at the same time, it’s getting people to stop and think about what it means to be our best selves, which is the point of the spot,” said Pankaj Bhalla, Gillette brand director for North America.

There is a fascinating Jewish corollary to this corporate effort to get males to improve their behavior. The ad agency could’ve saved themselves a lot of trouble if they would have avoided telling men to stop conforming to a distorted image of manliness – harshly referring to it as “toxic masculinity” – and instead using the age-old Yiddish directive of every parent to child and every Jew to obnoxious and immature neighbor: “Be a mensch!”

Note how the word mensch, literally translated as man, has none of its negative connotations. Quite the opposite. To be a mensch is the highest compliment. Why so? Implicit in it is a biblical truth meant to be recognized and acknowledged. Human beings were created by God, as the Torah tells us, “in His image”. We carry divinity within us. Our souls bear witness to the Almighty’s presence in our very being. To act unethically, deceitfully, immaturely, improperly, disrespectfully is to be at odds with our inner reality. It is to be a traitor to our truest selves.

It is remarkable that when people do something of which they should be profoundly ashamed they tend to justify their action with the phrase, “Well, I couldn’t help it, I’m only human.” Their humanity is used as excuse. “Be a mensch”, demanding that the person addressed recognize his or her humanity and act in light of its divine source, is accusatory. Be who you could be, it demands. Be who your heart and soul acknowledge is your proper role on earth.

I have no problem with Gillette trying to play a role in perfecting the social mores of our culture. It is a noble cause to which we all ought to subscribe in whatever ways possible. But I think instead of perpetuating the calumny of “toxic masculinity” I would emphasize the positive: Be a man – but a man who is also a mensch. This Yiddish word is probably the best and most universal definition of what Gillette says it wants from every man – to “be the best you.”