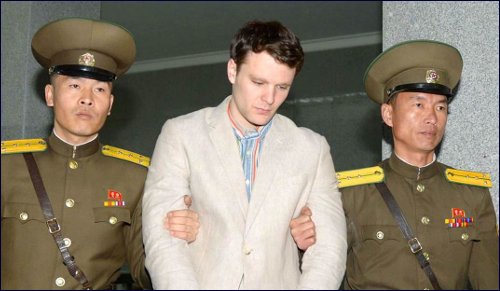 Yes, he was a Jew. But he was killed because he was an American.

The tragedy of Otto Warmbier took a strange twist shortly after his death last week.

It was only then that we discovered that the young American imprisoned by North Korea to 15 years of hard labor at a one-hour show trial for the crime of stealing a propaganda poster as souvenir was Jewish. After his release following 17 months of brutal captivity and return to his parents in the United States, in a coma and suffering severe brain damage, we learned what was purposely suppressed during the course of negotiations for his freedom.

North Korean justification for his imprisonment rested on the claim that Warmbier stole the poster in a Pyongyang hotel lobby on orders from the Friendship United Methodist Church in Wyoming, Ohio, to bring it back “as a trophy” in exchange for a used car worth $10,000. Negotiators felt that disproving that absurd claim with the revelation of Otto’s Jewish identity would be an embarrassment to the North Koreans which would only stiffen their resolve and make negotiations more difficult.

Following Otto’s death, the rest of the story could finally be revealed. 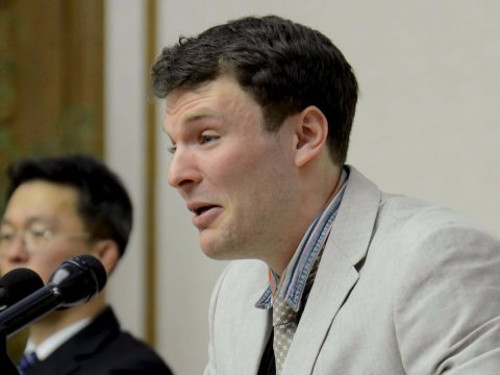 Otto, in tears, at the show trial in North Korea.

Otto was Jewish by matrilineal descent. Like many fellow millennial Jews of his generation he joined the Birthright to Israel trip in 2014. It was on that trip that he was given a Hebrew name and it was on that visit to the Kotel – the Western Wall – that he sensed a powerful personal connection with his past and his people. He movingly wrote a blog post about his experience: “The Western Wall was a truly incredible experience for me,” he said. “Just being at a spot that has been so central to Judaism for thousands of years was completely surreal. The power that emanated from the wall showed on the faces of all those who were near it. When I was forced to step away to avoid holding up the group for the third time, it honestly felt like saying goodbye to a loved one,” he went on. “It was difficult to wrap my mind around the concept of such a pinnacle – I had done what so many Jews wish to do. Each year at Chanukah, my family finishes the prayer by saying ‘next year in Jerusalem.’ For me, it was this year in Jerusalem. And this day at the Western Wall.”

A spark had been lit within him. In spite of his secular background and lack of formal religious education, he was sufficiently inspired to become involved in and active with the Hillel group at his University of Virginia. Otto was a Jew. And that is why there was no autopsy. 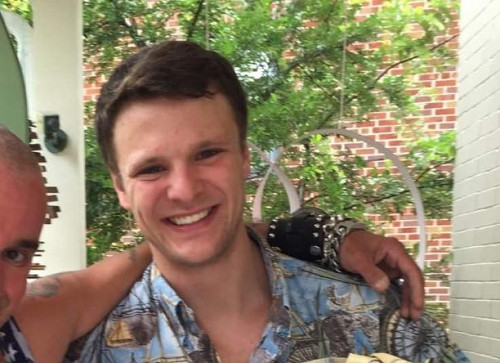 But there is one mistake we dare not make in the aftermath of this startling revelation. There are those who have already been hard at work transforming this into a “Jewish story.” To watch it play out on the Internet, on the blogs of haters and anti-Semites of which there are all too many beyond belief, is to discern the myriad ways in which the moment the word Jew appears there is a tsunami of hidden motives and agendas ascribed to the victim in order to turn him into the villain.

It is hard to read. Once the neo-Nazis, the far leftists, those who are convinced that the Jews own the media and control the world discovered Otto was a Jew they immediately “saw the connection.” Of course he must’ve been working for Mossad. Surely he was an Israeli agent. Obviously he was there on a spy mission. That’s why he deserved what happened to him – and no tears deserve to be shed on his behalf.

And it gets worse. There were those who said that Otto had no one to blame but himself for his own murder. As a Jew, we learned from numerous postings, he must’ve been guilty of preaching “white privilege”. By condoning “the horrible inequities of American society” he reaped the fruits of his own sins. 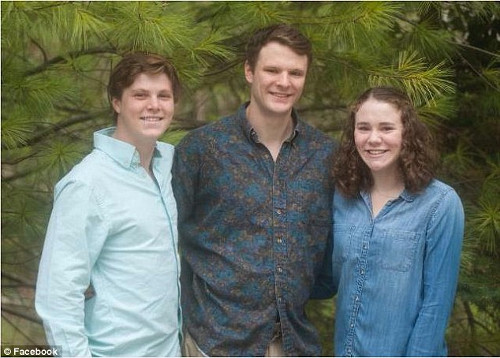 Once it was clear that the North Koreans brutally murdered a Jew the story for many took on a totally different perspective. And that is why it is so extremely important for us not to fall into the trap of emphasizing Otto’s religious identity – a fact which had absolutely no bearing on the barbaric nature of their crime, since it was unknown to the North Koreans,.

Otto was first and foremost a human being. His story needs to be publicized for what it is: a powerful message about a despotic regime ruled by a maniacal dictator intent on flexing his muscles and demonstrating his unlimited power against an American citizen – a deeply troubling warning in light of North Korea’s nuclear capabilities.

This is one time when the Jewish angle is perhaps interesting but certainly not paramount. This wasn’t a Jew who was singled out; it was an American – because he was an American. It would be a terrible mistake for us now to stress Otto’s faith when the fate of civilized mankind is equally imperiled by the perpetrator of Otto’s heinous murder.