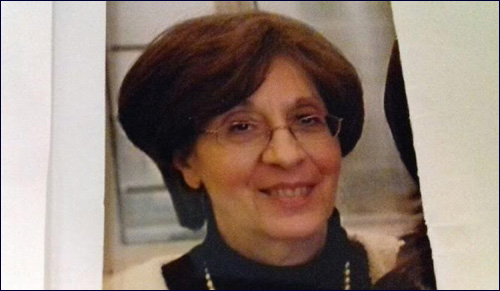 French police refusal to call the murder of an Orthodox woman by a Muslim a hate crime is causing an uproar.

When Sarah Halimi, a 66-year-old Jewish doctor and kindergarten teacher, was brutally murdered in Paris in April 2017 – by a Muslim man who yelled “Allah Akbar” and called Dr. Halimi “Satan” – French police and journalists covered up the anti-Semitic nature of the crime. Police charged Dr. Halimi’s killer with aggravated manslaughter, not murder, and refused to categorize the attack as a hate crime.

Now, two months after Dr. Halimi’s murder, French Jews and others are calling for a more open debate about the pervasive Jew hatred that’s poisoning parts of French society.

Dr. Sarah Halimi was an Orthodox Jew. Her family had experienced tension with one of their neighbors, Kobili Traore, a local young drug dealer, who’d called Dr. Halimi’s daughter a “dirty Jewess”. 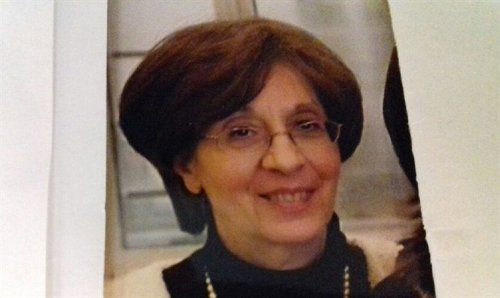 On April 4, 2017, Kobili, 27, knocked on the door of some of his neighbors at 4:25 AM and forced his way into their third floor apartment. He was acting aggressively and this family, immigrants from Mali, were so terrified they locked themselves in a bedroom. The father could hear Kobili reciting verses from the Koran through the door and called the police. It took the police 13 minutes to respond and they went to the wrong building. This delay and mistake cost Dr. Halimi her life.

Some heard him yelling “Allahu Akbar”, “shut your mouth”, and calling Dr. Halimi the Devil.

Kobili stepped out onto the family’s balcony and then climbed onto the Halimis’ balcony in a neighboring building. Police started getting more calls. One 4:45 AM phone call seemed to described Kobili beating Dr. Halimi. “It is an older woman, and she seems to suffer a lot,” the caller told the police. As Dr. Halimi screamed, neighbors woke up and witnessed her attack. One later recalled Kobili looking “bestial”. Some heard him yelling “Allahu Akbar”, “shut your mouth”, and calling Dr. Halimi the Devil.

By now, six police officers were on the scene but, afraid they were facing a terrorist situation, they waited for an elite anti-terrorism unit to arrive. In the meantime, Kobili beat Dr. Halimi severely, rendering her nearly unrecognizable, then threw her out of her window, about 30 feet above the pavement. Dr. Halimi did not survive. Kobili then returned to the Malian family in the neighboring building, and began praying. He was finally arrested as he continued to pray at 5:35 AM.

Despite the evidence of neighbors, the police resisted treating the murder as a hate crime. Although Sarah Halimi’s murderer had no history of mental illness, he claimed “temporary insanity” and police placed him in psychiatric evaluation. Although French law allows for criminals to be charged with hate crimes, which can add to the severity of their sentences, French prosecutors drafted an indictment of Dr. Halimi’s killer with voluntary manslaughter, with no mention of the fact this was, to all appearances, a serious hate crime.

French Jews are calling on the authorities to call Dr. Halimi’s murder an act of terror and a hate crime.

Now, French Jews are calling on the authorities to call Dr. Halimi’s murder an act of terror and a hate crime, and gaining some powerful voices of support in France and beyond. “Everything about this crime suggests there is an ongoing denial of reality,” 17 prominent French intellectuals wrote in an open letter in the newspaper Le Figaro; “We demand all the truth be brought to light in the murder of Sarah Halimi.”

Coincidentally, Sarah Halimi shared a surname with another French victim of a horrific, anti-Semitic murder: Ilan Halimi, who was abducted, tortured for 24 days, then murdered in 2006 in Paris. Despite the fact that his imprisonment, by a gang of Muslim and African immigrants and children of immigrants, was an open secret in their Parisian neighborhood, the police did not find Ilan and in fact missed a number of important clues during their investigation.

On June 4, 2017, the French journalist Herve Gardette hosted a high-profile TV program called “Is There a Denial of Anti-Semitism in France?” and noted similarities between the two cases, especially “how long it took back then (in 2006) for the anti-Semitic character of (Ilan Halimi’s murder) to be admitted by the detectives and journalists. So nothing has changed.”

Shmuel Trigano, a French scholar who has written about anti-Semitism, traces the explosion of anti-Jewish hatred and violence in France to the beginning of the century, when anti-Jewish crimes started to increase rapidly. According to Mr. Trigano, many of these assaults are reported and investigated as simple crimes, and the anti-Jewish character of some attacks is simply swept under the rug.

In 2014, for instance, a Jewish family in the Parisian suburb of Creteil was attacked by four men of African descent, who assaulted the daughter, robbed the home, and later boasted that they’d targeted the family because they were Jewish. A French Judge later dropped the hate crime portion of the indictment, removing the “aggravated circumstances” portion of their charge.

In 2015, a rabbi and two other men were stabbed outside a synagogue by a man who shouted “Allah Akhbar” during the attack. Authorities initially called the attacker mentally ill, and only added the charge of an anti-Jewish hate crime after criticisms from the public.

The killer cried out, “I’ll go to heaven, I killed my Jew!”

In 2003, in the same neighborhood where Sarah Halimi lived, another Jew was killed, seemingly at random, by a neighbor. Sebastien Selam, a 23-year-old Jew, was killed by a childhood friend who was Muslim. The killer cried out, “I’ll go to heaven, I killed my Jew!” Like Dr. Halimi’s murderer, Sebastien Selam’s murderer was also sent to a psychiatrist’s care instead of immediately being charged with a hate crime.

The level of attacks against French Jews is startling. In 2014, French authorities recorded 800 cases of spontaneous anti-Jewish assaults and aggressions: that’s over two each day, targeting a French Jewish population of about 500,000 people. It’s time to start calling these attacks what they are: anti-Semitism. Only then can France hope to confront the virulent hatred against Jews that’s thrives in some parts of French society.

Count Us In
Is Grease the Word?
Dried Fruit Compote
Scientific Curiosity and the Divine Encounter
Comments
MOST POPULAR IN Israel
Our privacy policy
Aish.com Is Looking for Great Writers