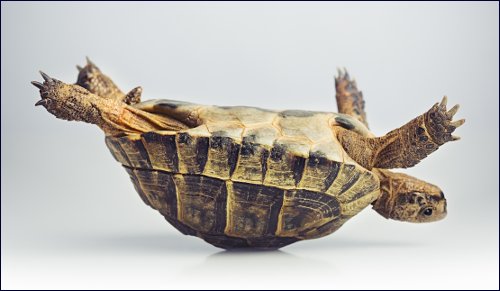 Just when evil people and destructive ideologies seem to dominate the world, the darkness can turn into light.

I used to think that it was silly to fight Holocaust deniers. What’s the point? Their viewpoint is so absurd and ridiculous. No serious person would believe them anyway.

But as I watch the Polish government deny the role of the Polish people in the Holocaust, I see that I am watching history being revised before my very eyes. It’s something that would have been unimaginable 30, 20, even 10 years ago. And yet now they are saying with a straight face that it was all the Germans, that they had no complicity. They are making it illegal to even suggest such a thing.

How is this possible? As absurd as it is to us now, for their children and even, God forbid, for ours, it will become the new “reality.” I use the term reality loosely since that is the way they seem to use it!

All the horror stories we were raised on, all the books we’ve read, all the articles we’ve researched about the abhorrent behaviors of the Poles, the Ukrainians, the Lithuanians are all going to be whitewashed? Banned? Destroyed? Did anyone in the Polish government see the documentary Shoah? The Poles themselves speak of their complicity, what they did, what they saw, what they heard.

And yet their governments are desperately trying to alter this reality, to use dishonest words to change facts, to challenge truth, to (and this is the crux) absolve them of blame and make them feel better about themselves. Unlike the Germans who at least have had the decency to acknowledge their evil, to document it and create memorials and come to some kind of uneasy reconciliation with their past, these other peoples are trying to recreate it, to make a new history for themselves, to do the seeming impossible.

When the world seems to be the most upside down, the Almighty reveals His Hand intervening behind the scenes and turns it all right-side up again.

In our confused world, this behavior is no longer deemed impossible. They seem to have bided their time and waited for the moment when there are so many untruths in the world – about the role of the Israelis in 9/11, about the facts on the ground in Israel, even about whether people actually walked on the moon (Google it and you will find multiple conspiracy theories suggesting it never happened!) – that they could just slide this one in.

Purim is fast approaching. We are taught that at the time of Purim the world was hanafoch hu, upside down – evil was ascendant and good was declining. But one of the true messages of the story is that just when the world seems to be the most upside down, the most backwards, the most confusing, the Almighty reveals His Hand intervening behind the scenes and turns it all right-side up again. It’s at the moment of greatest confusion that He can bring the greatest clarity.

Every year at this time something happens to reinforce this idea. The world seems to have lost its moorings. And then the ship is righted again.

It’s hard not to read the news these days and feel like we have fallen down the rabbit hole. But the story of Purim gives us hope. Just when the world seems to be at its darkest, just when evil people and destructive ideologies seem to dominate the world, the Almighty flips the switch, as it were. He turns darkness into light; good triumphs and evil is destroyed. Sometimes it’s so clear, sometimes it’s a little less obvious. But He’s always there.

It seems like this year we could use the more “obvious” intervention – but the Almighty knows best. I just pray that His intervention (covert or overt) occurs soon – before these damaging and dishonest ideas become, in what can only be the most appropriate use of the word, the ironically “new” version of history.

Today's Hero
The Promise Of The Land
Which Chat Are You On?: Parshas Behar/Lag Ba’Omer
Do You Like Slow-Cooked Food? Thank the Jews
Comments
MOST POPULAR IN Society
Our privacy policy