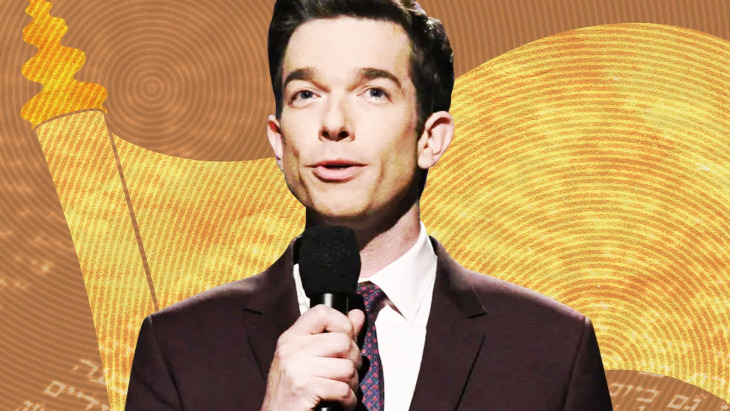 Why do we have to remember the most forgettable guy in the whole Purim story?

Who are the Purim heroes worth remembering?

Esther: she risked her life inside the palace of the murderous king Achashverosh to try to save her own people.

Mordechai: he stood up to the pompous and wicked viceroy Haman, even in the face of certain death.

Anyone else? Oh yeah, Charvona was there, too.

Who was Charvona? Why does Jewish tradition say that we are required to mention Charvona every year? After reading the Scroll of Esther in synagogue, we traditionally sing “and we also remember Charvona for good.” What’s the deal with this person whose name was mentioned in only two verses of the scroll? Why should we remember this nobody?

Here’s his story: Charvona is mentioned once in a list of palace servants at the beginning of the Scroll of Esther. Mehuman, Biztha, Bigtha, Avagtha, Zetar, and Charcas. And Charvona. They’re asked to bring Queen Vashti to a party. She says no. And that’s it. Charvona isn’t mentioned again until six chapters later. Haman’s genocidal plan has been revealed to be targeting Esther. The king is furious. Haman has fallen upon Esther’s couch, pleading for his life. The king suspects foul play and becomes even more furious. And then, while Haman is already on his way down, when there’s nothing to lose and everything to gain, Charvona – who’s evidently been standing around this whole time without saying a word – says “Oh hey, there’s those gallows that Haman (that guy you hate now) built to hang Mordechai (that guy you like now)!”

He was silent when the king killed the queen. Silent about an assassination attempt on that king. Silent about the attempted genocide of the Jewish people.

This is the guy we’re supposed to remember every year? He’s like John Mulaney saying, “I was over on the bench,” ignoring everything until it’s convenient. He did almost nothing. Is he an advocate for procrastinators everywhere? He was silent when the king killed the queen. Silent about an assassination attempt on that king. Silent about the attempted genocide of the Jewish people. Silent until Haman was already on his way down and he had a chance to help the king. Low risk, high reward. Let’s remember this guy, I guess. 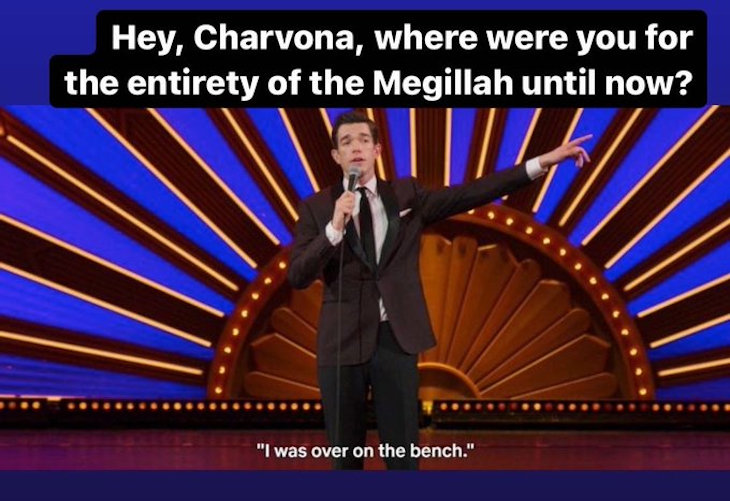 Charvona’s not a hero. In that song after the Megillah reading, we sing “Blessed is Mordechai … Cursed is Haman … Blessed is Esther … Cursed is Zeresh (Haman’s wife) … and also Charvona is remembered for good.” He’s mentioned like an afterthought. And he’s not on the same level as the real heroes. Esther and Mordechai put their lives on the line to stand up for what was right. Charvona: less so. A blessing is meant to be dynamic, to help people do better, be better. Charvona is static, he is good, he is okay. He stays the same. He had one job and he did it.

I’m a little hard on Charvona. Maybe I’m like one of those high school teachers who say, “I just see so much potential in you.” Am I expecting too much of Charvona? It’s easy to criticize people you’ve never met, who lived thousands of years ago, when all you know about them is their job and a single sentence they said one time, while the rest is filling in the blanks. It's so easy to say someone else should be better. 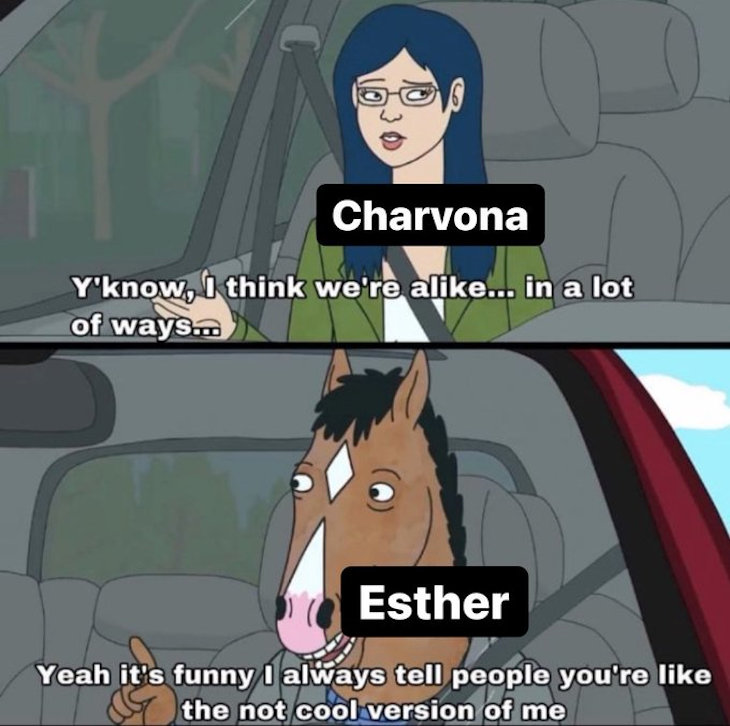 Some commentaries posit that Charvona was actually the prophet Elijah disguised as a palace guard. As a person who supposedly never died, who traverses time and space to visit Brit ceremonies and Passover seder nights, Elijah is the easy solution. He can act like a Godly messenger, disguised and saying just the right thing wherever it’s needed. If the evil advisor to the king is on his way down, Eliyahu will be there to say “Oh, hey! Look at those gallows.”

But maybe the Elijah solution is too clean. Charvona was not a good guy. He knew about the gallows, and he knew what they were for. Some say he was among the guards who told Mordechai every day that he should bow down to Haman, that he was among those who supported building the gallows in the first place. Charvona was far from being a hero. And we’re not pretending he was one. According to Jewish tradition, a person can secure his reward in a single moment. Even if they’d done plenty that was wrong. Sometimes, all it takes is a single action.

Charvona did almost nothing. He was self-serving. He wasn’t a hero. But he’s still remembered because he did something good. And sometimes in a world of people who do nothing, that’s all you need to make a difference.

And that’s worth remembering.

Purim Celebrates Unity While Embracing Diversity
For Every Individual, A Torah Scroll
Allegiance To The Monarch
Meet the Real You: Yom Kippur
Comments
MOST POPULAR IN Current Issues
Our privacy policy
Aish.com Is Looking for Great Writers