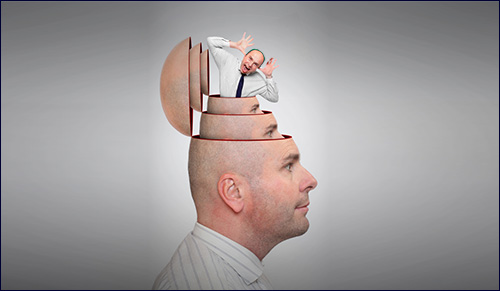 There’s an Esther, Haman and Mordechai in all of us.

By delving into the main characters of the Purim story, we can discover some hidden attributes that are still embedded into our psyche, projecting positive and negative influence on our actions.

Haman, the evil antagonist of the Purim story, was steeped in wealth and power. He experienced material bliss to the highest degree and used his money to buy his way up to the highest ranks in the palace of King Achashverosh. He was second in command and in charge of the royal servants. Nonetheless he was still not satisfied with life as the Book of Esther writes, “Yet all this means nothing to me as long as I see that Jew Mordechai sitting at the King’s gate and refusing to bow down to me.” It means nothing… This is the voice of the ingrate, discontent with life and drowning in a pool of self-entitlement with lack of appreciation for life’s gifts.

The Haman in us comes out when we are dissatisfied with what life serves us, chasing after our cravings to no end.

The Haman in us comes out when we are dissatisfied with what life serves us, wanting more and continuously chasing after our cravings to no end. We sense the undertone of Haman’s displeasure in life at the beginning of the Torah when God asks Adam after he has eaten from the Tree of Knowledge, “HaMin ha’etz hazeh (from this tree (you ate)?” Hinted in this question God essentially is asking Adam if Haman was behind his defiant behavior; and he was.

Adam had at his disposal every tree in the garden, yet he still ate from the one tree that was forbidden to him. Why? The voice of Haman caused Adam to desire and focus on that which he didn’t have, not on all that he did have. The voice of Haman whispers to us ‘that is not enough, there is so much more out there.’ How to rid ourselves of our Haman? Invite him for dinner and then hang him! Meaning, get to know your Haman, recognize his tactics, prepare for the battle and then defeat him on his own turf.

Esther did exactly that. She submerged herself in contemplative prayer and enjoined the nation to invoke Divine mercy. Esther is derived from the root word hester (concealment). We each have hidden within us the ability to go against the temptations that are presented before us and fight against them. However, when that side of us gets sleepy, a Haman may come along and shake us up. The goal is to wake up the hidden strength and reveal to ourselves that we can refuse to bow down to Haman’s idols. There is an Esther deep down that can combat the Haman when she truly chooses to do so.

In the merit of Esther’s self-sacrifice on behalf of her nation she was worthy of being invited to the King’s chambers without prior invitation. Achashverosh took one look at Esther and was mesmerized by her amazing spiritual aura. She was glowing from the immense love and concern she had for the Jewish people. This is the power of unconditional altruistic love; it has the power to spiritually dress us in royal garb and become beloved by all.

Mordechai is the inspiring personality behind Esther. Mordechai embodied the image of a simple humble Jew who wished only to follow God’s mandates. He was optimistic and believed that although the picture appeared gloomy, everything could change. He never gave up hope.

In the Book of Esther it is written that Mordechai wailed as he walked up and down the streets of Shushan. His scream emanated from a place of goodness, that Godly spark of benevolent care of another. A cry out for another person’s pain and suffering originates from deep within, from a place of wanting to impart goodness to the world. When we tap into this part we become Godly and impart Divine light onto ourselves and those around us. This lies at the heart of a genuinely virtuous leader; the desire to share goodness and see that their needs are met.

Purim brings with it the profound opportunity to take off our masks and reveal our true selves to ourselves. We have within us the great power to overturn what may appear as a hopeless ending to a miraculous outcome. We inherited the ability to fight our way back by such leaders as Mordechai and Esther.

Haman is a distraction intended to gain our attention and awaken our courage to stand up against him. Let’s get to know our personal Mordechai and Esther and follow their lead. By doing so, the Hamans will fall by the wayside and be hung on their own gallows.

Orit Esther Riter, Author of the Daily Dose of Emuna

Orit Esther Riter born in Brooklyn, New York, a caterer by profession. However, after being diagnosed with multiple sclerosis (MS) in 2006, her life’s direction took a different course. In 2009, Orit made aliyah with her family from Monsey, NY. She currently authors daily on-line articles and emails focusing on spreading emuna to a growing list of subscribers from all around the world. In addition, her emuna classes can be found on Torahanytime.com and YouTube channel. Currently, Orit Esther has five children and one grandson living in Israel. She lives with her husband and four younger children in Ramat Beit Shemesh. For more information please visit her website: www.dailydoseofemuna.com

The Seventh of Adar: Haman and the Death of Moses
Should I Break Up, Get Engaged or Keep Dating?
Time Is Your Precious Commodity
A Constant World in Flux
Comments
MOST POPULAR IN Purim
Our privacy policy