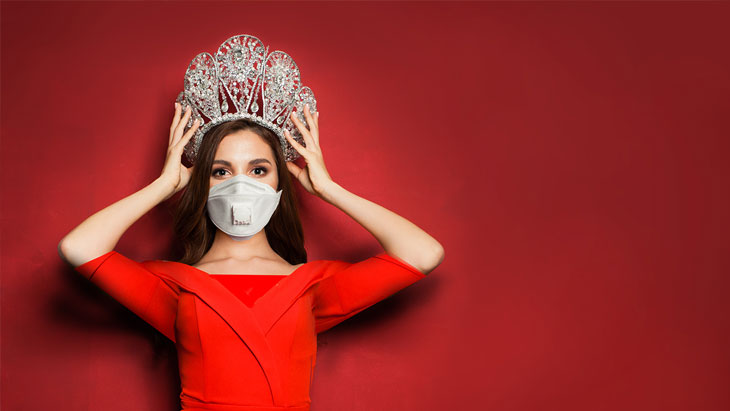 Timeless messages that Esther wanted every man, woman and child to hear.

Queen Esther asked that the scroll relaying her story, Megillat Esther, be written and shared for generations to come. She wanted every man, woman and child in every land for eternity to hear her timeless message. Queen Esther lived a legacy that speaks to us until today.

The key to Esther remaining in the palace of Achashverosh was her keeping a secret. Mordechai told Esther not to reveal her origins, that she was a Jew. The time was not yet ripe; Esther was required to master the quality of silence.

There are times in life that we must guard our privacy or someone’s confidence. How many relationships have been harmed and friendships broken because we could not keep silent? We were given a trust to keep and couldn’t contain ourselves. Or we overshared and exposed intimate details of our life. In our world of social media, we are privy to many photos and conversations that should really be kept hidden. Modesty isn’t just about dress. It's about living with dignity and sensitivity, knowing what and when to share, and what and when to keep private.

2. You Have a Unique Life Mission

Esther is told by Mordechai that she must speak to the king and plead for her people. She replies: That’s impossible. Everyone knows the rule of the kingdom: If you enter the king’s chambers without his beckoning, you will be killed unless he extends his golden scepter. “I haven’t been called for 30 days!” she relays to Mordechai.

Mordechai’s reply gives Esther direction. “You cannot remain silent. Who knows? It might be that you were chosen to be queen just for this moment!”

Every encounter, talent and strength that we have been given is for a purpose. Each of us has our own unique spiritual fingerprints to leave in this world. God places us exactly where we need to be to accomplish our mission. Esther is asking us to discover the meaning of our existence.

3. Live with Courage and Compassion

After accepting her mission, Esther says, “I will go to the king. And if I die, I die.”

I will give it my all. I will muster the courage to do my best.

As seasons of life pass, many people are left with their regrets, If only… but the moment is lost.

Esther is telling us to seize courage, step up to the plate and at least know forever that you tried to make a difference.

In one of my mother’s final interviews she was asked “What do you want it to say on your gravestone?”

She replied “I want it to say two words: I cared.”

In the entire Scroll of Esther there is no clear mention of God. The name ‘Esther’ means hidden in Hebrew, ‘Megillah’ means revelation. Esther is revealing a powerful hidden truth.

Esther is urging us to wake up; see God’s hidden hand in your every day. It’s not only about the big miracles, like the splitting of the sea. It's about the little moments. God is in every sunrise, every soul, every success or disappointment life brings. We won't always understand God’s ways but His presence is here, even now amidst this most challenging time our world is facing.

Esther refused to lose hope when it seemed as if God’s protective presence was lost in a dark fog. She knew that ultimately, even if it feels as if God’s hand is hidden, He is directing and watching over us. He will never abandon us.

Mordechai refused to kneel or bow down to Haman.

Every generation has its Haman. Any force that threatens your ability to connect to your soul or tries to cool your passion for what is right and truth is ‘Haman’. Haman descends from Amalek, the first nation that tried to destroy the Jewish People after leaving Egypt. We were on a high, connected to God, inspired to become a blessing in this world. They tried to squash our spirit.

There will always be people who belittle your desire to be better and live higher. There will be those who mock your standing for truth, for your people, and the land of Israel. Don’t crumble. Don’t bow. Never lose your passion for goodness. Stay strong as Mordechai did.

Haman describes the Jewish people as a nation “dispersed and divided” to the king. His words are jolting. "They are constantly bickering and quarreling with each other. Don’t worry about them joining together and mounting a united offensive, they can’t agree on anything. No one will come to their defense because they are hated. Get rid of them."

Esther succeeds in her mission to save her people by uniting the Jews and bringing them together in prayer and fasting. And she leaves a wish for us, her children. Esther asks that we celebrate this day together with joy, parties, charity, and sending food portions to one another. Esther is telling us to create a feeling of unity and peace. The antidote to all the bickering and hatred is reaching out to one another with friendship. Unity brings strength.

Our enemies never asked, "What type of Jew are you?" No one was spared the gas chamber based on their observance or head covering.

We don’t have to be the same. We must only know that we are brothers and sisters, one family.

May you have a joyful Purim.

Purim Teaches Us How to Respond to Anti-Semitism
Blocked Goals and Anger
Why the Mezuzah is Placed on a Slant
Faith: the Axis Upon Which the Wheel of Science Turns
Comments
MOST POPULAR IN Israel
Our privacy policy