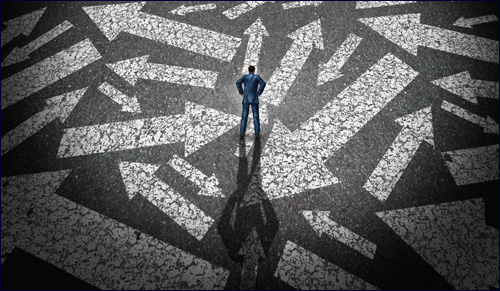 Like Queen Esther, we can channel our pain towards greatness.

Maybe you were created just for this moment. For the choice you can make right now.

In the Book of Esther, Mordechai pleads with Esther to risk her life and appear before the King to save the Jewish people. She balks. He tells her that perhaps just for the sake of this moment God placed you in the palace. If you don't step up and speak, God will certainly find another way to save the Jewish people, but you and your father’s house will be lost forever.

Why did Mordechai tell Esther that her father's house will be lost forever? Maybe she will lose an opportunity but what does that have to do with the memory and loss of her parents?*

Esther was an orphan and endured the pain of not having parents. God placed her in the palace because the depth of her suffering was also the potential source of her greatest strength. Maybe just for this moment, this opportunity to step up and speak for her nation, Esther had endured all that pain and suffering. Here was her chance to redeem everything that she had lost by using it to save the Jewish people.

If she’d step back and run away from the challenge, then what was the point of all that suffering? Esther's chance to transform her own pain would be lost. Her parents' memory and death would seem pointless unless she had the courage to step up and imbue it with meaning. Unless she could move forward and say: perhaps it is for this moment that I was born an orphan and have lived with so much pain. Maybe for this moment, God has been waiting for me. To take all my challenges, all my trauma, all my loss and use it to find my voice, to speak, to live, to give, to channel my pain towards greatness.

It is not the pain itself that is central; it's what we choose to do with it that matters most.

We have all experienced loss in our lives. Each of us has endured our own pain and suffering at some point in our journeys. It is not the pain itself that is central; it's what we choose to do with it that matters most. Will I step up when given the chance and speak up not just for myself but for those who cannot find their voices, for those who cannot find their way to the palace? Or will I give up and numb the pain? Try to forget the past instead of transforming it? Will I allow the darkness to take over?

A mother who has several special needs children said that people often tell her that her children were gifts; that God chose her and her husband because they were special. “That's not true,” she said. “My husband and I aren’t special. Our children are gifts only because we choose to see them that way, to transform our challenges into opportunities. We are no different than other parents. We became special because of our choices, because of the kind of parents that we worked hard on becoming.”

These people stepped up instead of stepping out. They transformed their pain into kindness, weakness into strength, disappointment into giving.

Motivational speaker and best-selling author Brain Tracy once said, "I found that every single, successful person I have ever spoken to had a turning point and that turning point was where they made a clear, unequivocal decision that they were not going to live like this anymore. Some people make that decision at 15 and some people make it at 50 and most never make it at all."

There are opportunities we each have to take the pain and difficulty of our past and transform them into turning points. Whether it's helping others who are going through what we went through or deciding to step up and use the pain itself to make ourselves stronger. It's the choice to love proactively instead of by default; to uplift our circumstances instead of allowing them to limit us.

It is up to each of us to turn our darkness into light. Maybe just for this moment your darkness was created, to see the gift inside the pain. Step up and grasp it before it's gone.

*I heard this idea from Rabbi Zechariah Wallerstein, based on an insight given by Rav Shimshon Pincus

When God is Hidden: The Meaning of Purim
The 21st President of the United States: Failure or Inspiration?
Hiding Their Jewishness
The Jewish Pope: Following the Questions Home
Comments