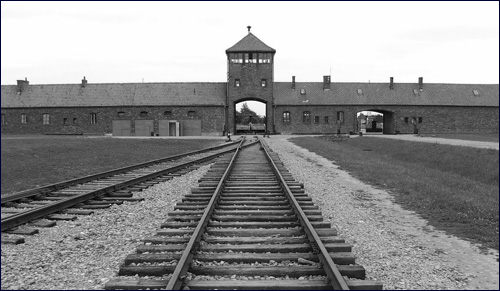 Making it a crime to imply any Polish culpability for Nazi crimes denies the historical record.

Poland is soon to unveil plans to make it illegal to refer to “Polish Death Camps”.

Many of the Nazis’ most brutal death camps – including Auschwitz-Birkenau, Treblinka and Sobibor – were located in Poland. But according to Zbigniew Ziobro, Poland’s Justice Minister, calling them Polish death camps “blasphemes” Poles.

His government’s new bill “will be a project that meets the expectations of many Poles, who are routinely blasphemed in the world, in Europe, even in Germany, saying that they are the perpetrators of the Holocaust and that in Poland were Polish concentration camps, Polish gas chambers. Enough with this lie, there must be accountability,” Minister Ziobro told Polish radio on Saturday, February 13, 2016.

There is evidence of both Polish heroism and Polish complicity for the Holocaust.

At issue is more than semantics. Poles are rightly very sensitive to depictions of their country; its wartime history is complex. Poland suffered greatly during World War II, and there were many heroic instances of individual Poles risking their lives to save Jews. But making it a crime to imply any Polish culpability for Nazi crimes denies the historical record – and sets a dangerous precedent for denying the full scope of the Holocaust.

A number of historians in recent years have unearthed new evidence both of Polish complicity in the Holocaust and of Polish heroism.

Yad Vashem, Israel’s Holocaust Memorial in Jerusalem, has documented 6,620 Polish “Righteous Gentiles” – Poles who saved Jewish lives during the Holocaust – the most of any nation. Yad Vashem estimates that 1% of Poland’s pre-War Jewish population of 3.3 million Jews was saved by Polish friends and neighbors.

In his book The Righteous: Unsung Heroes of the Holocaust, the late Oxford historian Martin Gilbert documented some of these individual cases and the grave dangers Poles faced in aiding Jews. He quotes a Jewish resident of the Warsaw Ghetto, Emanuel Ringelblum, who wrote in his diary that on November 18, 1940 – the day the Jews were confined to the ghetto – “many Christians brought bread for the Jewish acquaintances and friends”. These actions carried huge risk. One Christian Pole was observed “throwing a sack of bread over the wall” – and was promptly murdered by the Nazis for aiding Jews.

An inscription in the Memorial Book for Polish town of Skierniewice sums up Poland’s wartime atmosphere: “Sometimes a mere gesture of sympathy shown to those (Jews) persecuted could easily cost a life.” Tragically, historians have documented many instances of Poles being murdered for helping, or even betraying empathy with, Jews. The events of April 1942, in the Polish town of Mlawa, are typical: fifty of the town’s Jews were forced into a square to be executed by Nazi forces, and the town’s residents forced to watch. One bystander started shouting “Down with Hitler! Innocent blood is being shed!” – and was killed immediately for his words.

The United States Holocaust Museum has documented that "As German forces implemented the killing, they drew upon some Polish agencies, such as Polish police forces and railroad personnel, in the guarding of ghettos and the deportation of Jews to the killing centers. Individual Poles often helped in the identification, denunciation, and hunting down of Jews in hiding, often profiting from the associated blackmail, and actively participated in the plunder of Jewish property."

Professor Peter Kenez of the University of California, Santa Cruz, has investigated the substantial German ethnic population in Poland during World War II who “welcomed the (Nazi) conquerors with enthusiasm” in his book The Coming of the Holocaust: From Antisemitism to Genocide (Cambridge University Press 2013).

Historian Ronald Modras, a professor at St. Louis University, has researched the role of the Catholic Church in fomenting profound Jew hatred in Poland and concluded, “The Catholic clergy (in Poland)... were not innocent bystanders or passive observers in the wave of antisemitism that encompassed Poland in the latter half of the 1930s… Even when nationalistic youth translated anti-Semitic attitudes into violence... instead of subjecting the violence to unambiguous criticism, church leaders rather gave explanations for antisemitism that ultimately served to justify it.” (The Catholic Church and Antisemitism: Poland 1933-1939. Routledge 2000). Former Harvard History Professor Daniel Jonah Goldhagen similarly documented widespread anti-Jewish feeling in Poland’s religious leadership in his book A Moral Reckoning: The Role of the Catholic Church in the Holocaust and its Unfulfilled Duty of Repair (Alfred A. Knopf 2002).

In 2001, Princeton History Professor Jan T. Gross, who was born in Poland to a Polish mother and Jewish father, published Neighbors, a groundbreaking book that documented that some atrocities long blamed on Nazi officials were in fact carried out by local Polish civilians.

The barn was then set alight and the Jews inside burned to death.

One was the massacre of the Jews of Jedwabne in July 1941. The Polish town of Jedwabne was home to about 2,000 Jews on the eve of the Holocaust, about 60-70% of the total population. On July 10 – less than three weeks after Nazi forces gained control of that area – the town’s Polish mayor, Marian Karolak and local Nazi officials gave orders to round up the town’s Jews – both long-term residents as well as Jews who were sheltering there. Some Jews were hunted down and killed by the town’s residents with clubs, axes and knives. Most were herded into a barn that had been emptied out for this purpose. The barn was then set alight and the Jews inside burned to death.

Neighbors sparked a huge amount of soul-searching in Poland – and a recognition that some persecution of Poland’s Jews was carried out by ordinary Poles, not only by their Nazi occupiers. According to Gross, “‘Regular’ members of the community took part in them, not miscreants or ‘marginal people.’ In fact, the participation by the local elites and by upstanding members of the community, who remained in good standing after the events, bestowed upon these crimes a kind of official imprimatur. These were quasi-normal events, and even remained a subject of conversation for years to come at local gatherings. The plunder was a widespread social practice, sanctioned by norms.”

Today, political considerations are once again tempting some inside Poland – particularly the right-wing governing Law and Justice Party – to rewrite history.

After awarding Princeton Professor Jan Gross the Order of Merit in 1996 for his service as a dissident in communist Poland and his contributions to historical research, Poland’s President Andrzej Duda has recently hinted he might strip Gross of his medal, a decision that has caused outrage amongst historians.

It has been difficult in Poland to speak about the War because so many events were shrouded in secrecy, the truth rewritten and distorted. In Jedwabne, for instance, an official monument declared “Place of martyrdom of the Jewish people. Hitler's Gestapo and gendarmerie burned 1,600 people alive, July 10, 1941.” No mention was made of the large role ordinary Poles played in the massacre.

Poles are also sensitive to any attempt to minimize their suffering during World War II. Three million Poles were killed during the war and Polish resistance was widespread. As Polish historian Adam Michnik explains, “Poles fought alongside the anti-Nazi forces from the first day until the last. And inside Poland armed resistance to the German occupation was widespread…. All of these truths contribute to Poland's image of itself as an innocent and noble victim of foreign violence and intrigue. After the war, while the West was able to reflect on what had happened, Stalinist terror stymied public discussion in Poland about the war, the Holocaust and anti-Semitism.”

Yet to erase Polish culpability for any part of the Holocaust distorts history. While many Poles fought the Nazis, others – including local officials and ordinary citizens – often collaborated willingly in the destruction of Poland's Jews.

The Kielce massacre occurred after the Holocaust.

In fact, one of the most infamous massacres of Jews on Polish soil cannot be blamed on Nazi occupiers; it occurred after the Holocaust.

Before World War II, the Polish town of Kielce was home to about 18,000 Jews. This number swelled during the War, as German officials established a Ghetto in the town, and forced Jews from other towns and countries to live there. By the time the Ghetto was “liquidated” in August 1944, all but a few hundred Jews who were kept alive as slave workers had been murdered – both in the Ghetto itself, and in death camps throughout Poland.

Following the war, about 200 Jewish survivors returned to Kielce. Slowly, they began to rebuild their lives, establishing a synagogue a kibbutz, and an orphanage. On July 4, 1946, a blood libel began to spread through the town, falsely accusing the Jews of kidnapping a Christian child. A mob of Kielce’s residents descended on the Jewish area. Police and soldiers stood by and watched as the mob attacked Jews, murdering 42 Jewish Holocaust survivors and injuring scores more. Following the Kielce massacre, the remaining Jews in the town fled. The pogrom spurred a mass emigration of Jewish survivors from Poland.

Covering up history and criminalizing discussion isn't the way to come to terms with the past. What historians and ordinary citizens need in Poland and beyond is more research, more willingness to look into the past and understand the horrors of the Holocaust – not less.

The Last Two Nazis on Trial
G-d Time
Shavuot is The Holiday of Cheesecake and Blintzes
What Does Kosher Mean Literally?
Comments
MOST POPULAR IN Society
Our privacy policy