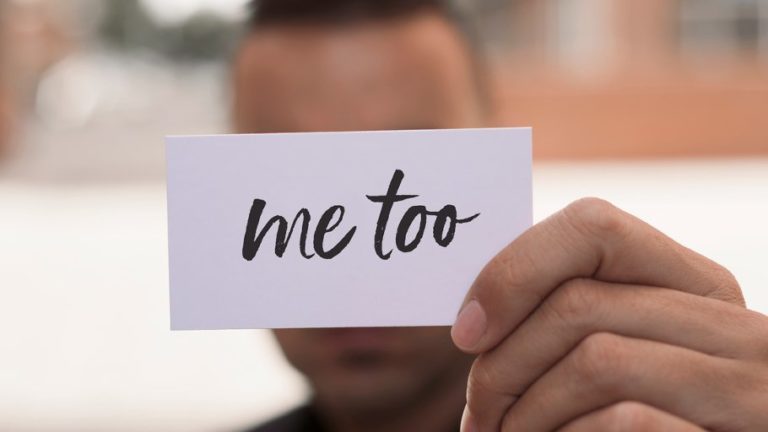 Innocence or guilt requires careful deliberation, no matter the gender of the accused.

It is a challenging – and for some a very controversial – question: In the post Weinstein era, have we gone too far in our response to accusations of sexual harassment against men accused of improper, immoral and criminal behavior?

For too many years there were men who took advantage of their position and power to force themselves upon unwilling women. We need to be grateful that society has aggressively called a halt to the silence that all too often followed these despicable acts.

Today there is a sizable list of sexual predators that have fallen from the heights of fame and success to communal shame and disgrace. Most of them deserve their humiliation and the consequences they have been required to endure as payment for their past sins.

Yet there is one point that needs to be made. What should give us some cause for reflection is a point that has its source in the book of Genesis – a truth which today almost invariably brings public condemnation and censure to anyone who voices it.

It is the story of Joseph and the beautiful wife of his Egyptian master, Potiphar. Joseph was a faithful servant, extremely scrupulous and successful in fulfilling all of his duties. His problem was only that he was far too handsome. Potiphar’s wife attempted to seduce Joseph. But when that failed because Joseph refused to betray his master, his angry rejected lover accused him of attempted rape – a lie followed by unjust imprisonment.

It is a biblical story which reminds us that not all men are automatically guilty of sexual misbehavior. There are men innocent of charges of indecency and victims of vicious slander. Is it unlawful today to come to the defense of any alleged sex offender? Is it immoral to believe men can be victims of vicious libels and slander rather than villainous perpetrators?

The counselor was stunned when she whispered, “If you ever try to tell me what to do again, I’m going to tell everyone you touched my private parts.”

A young man came to share with me as his rabbi a problem he and several of his friends have recently encountered. He was a counselor in a camp, often responsible for discipline of mixed gender groups on trips and outings. Berating a girl of about 10 for breaking a serious rule who then disrespectfully ignored him, he was stunned into silence when she turned to him and whispered, “If you ever try to tell me what to do again, I’m going to tell everyone you touched my private parts.”

That was not a lone incident reserved for a summer camp. Teachers have confided in me that the dynamics of authority and power have shifted in light of the power of the “sexual harassment accusation” threat. It is a kind of intimidation for which it seems “innocent until proven guilty” no longer has any meaning. It is indeed a tragedy when women are not believed in the aftermath of a forcible sexual encounter. But we should not be aspiring to simply reverse the male-female dynamic which always gave preference to the former and unjustly ignored the rights of the latter. That is equally unfair.

It is not the Neanderthal in me which prompts me to proclaim that sometimes it’s even possible that men may be innocent, that women can seek revenge for unrequited love with untruthful stories, that the biblical story of Joseph may even have a contemporary parallel.

In fact, as we saw last week, women may at times be the aggressors. The #MeTooMovement needs to acknowledge that one of its leading spokeswomen, the actress Asia Argento, who has presented herself as a victim of sexual assault in the past, is now being accused of assaulting and traumatizing a young teenager below the age of consent and 20 years her junior.

Rose McGowan, another alleged victim of Weinstein and prominent figure of #MeToo, who has long been outraged by a culture that would question the allegations of sexual assault victims, suddenly changed her tune when confronted with the case of a female perpetrator. This time her response was "None of us know the truth of the situation and I'm sure more will be revealed. Be gentle.” Yet in 2017 she stated that every accusation must be believed, that everyone suspected must be condemned, that due process and the concept of innocent until proven guilty are absurd with regard to sexual accusations.

Innocence or guilt requires careful deliberation, no matter the gender of the accused, and the guilty must be given their due punishment. My concern is that lives may be ruined simply because the accused is male rather than female. To respond rationally we need to acknowledge that sometimes even a man can be the real victim, just like the biblical Joseph.

He Who Must Not Be Named: Responding to Mass Murders
It Takes A Lot Of Faith To Be An Atheist
How Instagram Brought Back This Nostalgic Soup
What Makes Eli Run?
Comments
MOST POPULAR IN Current Issues
Our privacy policy