My Encounter with al-Baghdadi’s Victims 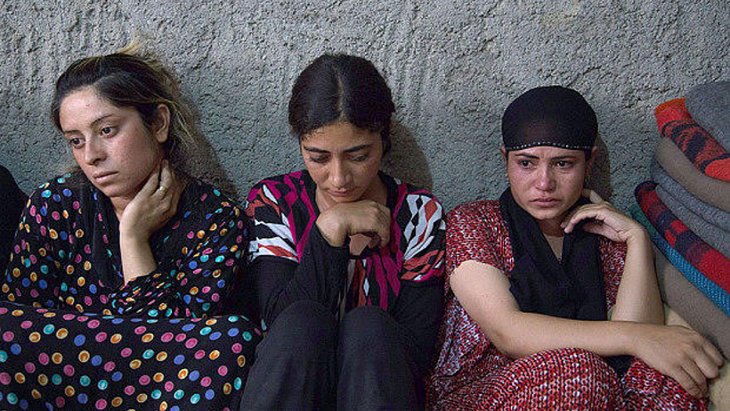 An intriguing request showed up on the e-bulletin board of our community in the Old City of Jerusalem a few months ago:

Professionals from a foreign country that does not have diplomatic relations with Israel are quietly being brought for professional development. The lead coordinator host wants them to encounter the positive face of Judaism. They will be at the Kotel next Friday night. The host body would like to arrange home hospitality for 17.

My husband Leib and I volunteered to host three for the Shabbos night meal. Our neighbor Barnea, a tour guide and archeologist, made it clear that no information would be forthcoming about who our mystery guests would be or from what country they came.

The day before their arrival, Barnea confided the secret: They were Yazidi women from Iraq, brought surreptitiously to Israel to get training on Post Traumatic Stress Disorder in order to help the thousands of their fellow Yazidi women who had been enslaved by ISIS. 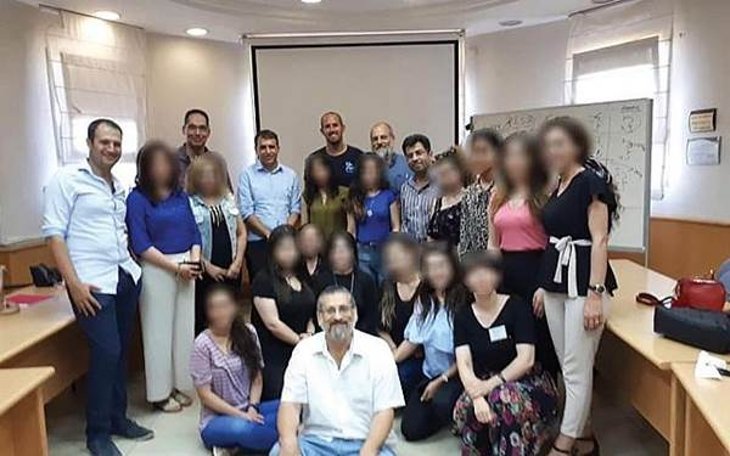 Participants in the workshop. The faces of the Iraqi women are
blurred for security reasons. Courtesy Bar-Ilan University

I keenly remembered seeing years ago the video of a Yazidi woman in the Iraqi parliament shouting and crying because ISIS, at the height of its power, was raping Yazidi women and taking them as sex slaves. It was that video that first woke up the world to the abhorrent evil of ISIS and moved President Obama to use American forces to stop them.

Leib and I were nervous about how to relate to our guests. On Friday afternoon, I googled “Yazidi” and discovered the basics of their history and religion. They espouse a monotheistic religion derived from various traditions including Islam (although Muslims are forbidden to marry them), tracing their roots back seven or eight centuries. An embattled minority, a half-million adherents lived in northern Iraq, in villages clustered near Mosul and Sinjar, until they were displaced by the ravaging hordes of ISIS. They believe that God entrusted the world to seven angels, one of whom is called, the “Peacock Angel.” I duly put my Shabbos flowers into a vase decorated with a peacock and placed it at the center of our Shabbos table, my meek gesture at trying to make our mystery guests feel comfortable.

Barnea brought them to our door—three thin women dressed in slacks. Two of them, V. and R., smiled warmly. They spoke English and greeted me with a hug.

The third, N., looked pale and worn, older than what we would later learn was her age of twenty-nine.

N. described how the men were given the choice to convert to Islam or be killed. The women and girls over the age of 9 were taken as sex slaves.

They were so open, so friendly, so eager to experience whatever we wanted to share about Judaism and Shabbat. At that point they had been in Israel, at Bar Ilan University, for just a few days, yet they obviously felt safe with us. Was it because they recognized in us Jews an innate empathy with those who suffer?

Twelve of us sat down around the table, including our adult son and six Jewish guests. Leib made Kiddush, and then we did the ritual hand-washing for bread. During the meal, as is our custom, we went around the table for each person to introduce his/her self. Although Barnea had cautioned us to ask no searching questions, the Yazidi women seemed driven to talk about themselves. V., who spoke excellent English, said that she lived in a town that ISIS approached but did not conquer. R., who spoke halting English, had fled her village with her family before ISIS attacked.

N. spoke only Kurdish and Arabic; V. translated her for. N.’s voice, like her eyes, was lifeless, but she told her story like a tired sentinel guarding truth, as word after word marched out of her cavernous heart. Her village was captured by ISIS. She described how they separated the men from the women and children. The men were given the choice to convert to Islam or be killed. The women and girls over the age of 9 were taken as sex slaves. (Because, she explained, Mohammed had relations with his 9-year-old wife, that is the minimum age for Muslim men to take sexual partners.)

N. had 91 members in her extended family. Only 24 came back after ISIS was defeated. All the men chose death rather than convert.

After Shabbos, we heard from other neighbors who had hosted Yazidi women. One related the story of their guest: She and her two friends had been taken as sex slaves by ISIS. At some point, they decided to escape. This entailed running through a mine field. Both her friends stepped on mines and were blown up in front of her. She kept running and somehow managed to get to safety.

Our Shabbos guests were among 18 Yazidi and Christian mental health workers who had been brought to Israel by Bar Ilan University and IsraAID for an intensive two-week workshop on how to treat PTSD, C-PTSD, depression, attempted suicide, insomnia, etc. Professor Ari Zivotofsky and Dr. Yaakov Hoffman organized the program. Their research among Yazidi women who were captured by ISIS found that over 50% of them suffer from C-PTSD (complex Post Traumatic Stress Disorder) and another 23% suffer from standard PTSD. Of the 6500 women and children kidnapped by ISIS, 3500 managed to escape or were liberated (3000 are still missing), but few mental health services are available to these survivors. "We feel a moral obligation not only to study the effects of genocide but to share our know-how to assist those suffering from it," said Dr. Hoffman.

I felt like I was hearing the testimony of a Holocaust survivor just out of hell.

Listening to N.’s story at our Shabbos table, I felt like I was hearing the testimony of a Holocaust survivor just out of hell. I have read innumerable Holocaust books and wrote a biography of a Holocaust survivor, but this was the first time in my life that I was hearing such a story “raw,” not mellowed by decades of time and the mental enzymes the mind uses to digest the indigestible. Hearing N.’s story and looking at her anguished visage, I felt a kaleidoscope of emotions: Horror at what had been done to her people, repulsion at the unmitigated evil of ISIS, recognition because her tragedy was like our Jewish tragedies, relief that the world had responded to their cry and vanquished ISIS, and the prescience of knowing that, even though her group had come to Israel to learn how to cope with trauma, she would never be able to cleanse her soul of the nightmare she had been through. We Jews post-Holocaust know that.

Abu Bakir al-Baghdadi, the leader of ISIS, is dead. But his legacy of horror and brutality lives on.

Oblivious to the Music

Banning Maus, a Holocaust Graphic Novel, from Schools Is a Mistake
Faith: the Axis Upon Which the Wheel of Science Turns
Love - Not Just About Chemicals Anymore!
Is There a Moral Code in a Virtual World?
Comments
MOST POPULAR IN Current Issues
Our privacy policy