Coronavirus and Blaming the Victims 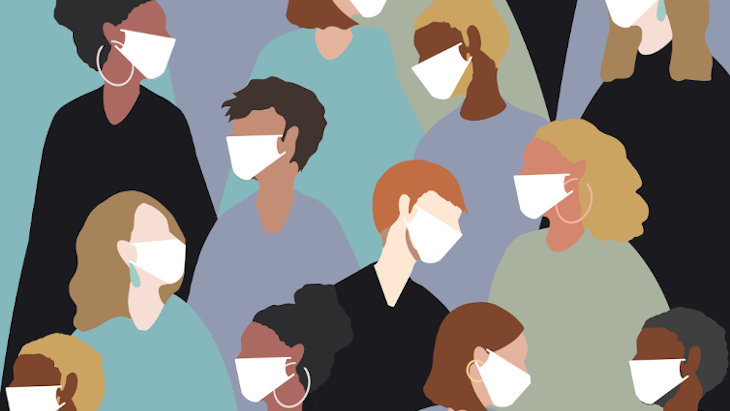 When it comes to outbreaks, blaming the victim has a very long precedent, as Jews unfortunately know all too well.

As the coronavirus outbreak grows in scale and scope, victims sadly find themselves having to cope with the added stigma of blame for “the crime” of threating the health of others.

At first it was inside China where people from Wuhan were treated like lepers. It wasn’t long before we began to see numerous reports of verbal and physical abuse aimed at ethnic Chinese, and an aversion to Chinese restaurants and other places associated with the country.

Once the virus spread, discrimination was no longer restricted by geographical source. “Victim blaming” focused on anyone unfortunate enough to show signs of being affected – and as Madeline Hsu, a professor of history and Asian American studies at the University of Texas at Austin, perceptively put it, “Germs and viruses don’t operate on the basis of race.”

Last week a major Metropolitan New York newspaper featured a photo that identified “a Jewish lawyer” in Westchester with arrows of people “he infected” by way of contact in his synagogue at Sabbath services as well as at a funeral he attended.

The World Health Organization, sensitive to the possibility for blaming the victim, is urgently pushing the campaign against saying that people are “transmitting Covid–19”, “infecting others,” or “spreading the virus,” because that wording suggests a measure of blame or guilt. Instead WHO asks that we refer to people “acquiring” the virus.

“The more panic, the more temptation to blame the outsider – the other.”

Blaming the victim has a very long precedent. Robert Fullilove, a professor of sociomedical sciences at New York’s Columbia University Medical Center, observed that history teaches us this unfortunate – and universal – lesson: “The more panic, the more temptation to blame the outsider – the other.”

The plagues of the past all verify this truth. And Jews have had a very personal and tragic familiarity with it.

When the bubonic plague, better known as the “Black Death”, turned a quarter of the population of Europe into a mass graveyard within a few short years in the mid-14th century, Christians found a ready explanation. Anti-Semitism was a simple theological rationale to assign blame on Jews who obviously masterminded the outbreak, poisoned the wells, or as a medieval conspiracy theorist claimed, “wished to extinguish all of Christendom, through their poisons of frogs and spiders mixed into oil and cheese.” As for the Jews who also perished, it was nothing less than well-deserved divine punishment for their sins and nonacceptance of Jesus.

Hundreds of Jewish communities met their deaths as targets of extermination campaigns for the crime of supposedly having created a disease which took no note of religious differences – other than treating Jews who faithfully observed the ritual of frequent handwashing as a mitzvah somewhat less harshly.

In the 15th century it was the spread of syphilis that again turned disease into an acceptable rationale for xenophobia and hatred. As historians put it, every national group in Europe defined syphilis as a disease of other nations. The Germans blamed the French, calling it “the French disease.” The French blamed the Italians, the Poles blamed the Russians, the Persians blamed the Turks, the Muslims blamed the Hindus, and the Japanese blamed the Portuguese. Somehow this was one of the rare occasions that Jews in the main were not considered the chief culprits.

But Jews weren’t so lucky in the US when at the beginning of the 20th-century Jewish immigrants were accused of carrying “consumption”, better known as tuberculosis, to America. Nicknamed “the Jewish disease” and “the tailor’s disease” – one of the most common Jewish occupations – tuberculosis and its Jewish connection helped to create the image of Jews as sickly and weak. Unfortunately, this would later be used as a “racial stereotype” to justify restrictions on Jewish immigration in the 20s as well as later in the 30s and 40s, even as the Holocaust decreed only death as alternative.

“Victim blaming” is not only irrational, it is cruel. It is directed to innocents already needlessly suffering. Sherry Hamby, a professor of psychology at the University of the South and founding editor of the APA’s Psychology of Violence journal, sees its source in a very human attempt to ease our own fears for personal safety. “Holding victims responsible for their misfortune is partially a way to avoid admitting that something just as unthinkable could happen to you – even if you do everything ‘right’.”

With the spread of the coronavirus extending rapidly worldwide, every one of us might, God forbid, become the next target. For our own sakes, let us not be guilty of the crime which severely compounds the tragedy – the crime of blaming the victim.

Challenging the UN's Darker Side
It Takes A Lot Of Faith To Be An Atheist
How Instagram Brought Back This Nostalgic Soup
What Makes Eli Run?
Comments