The Last Jew of Peki’in 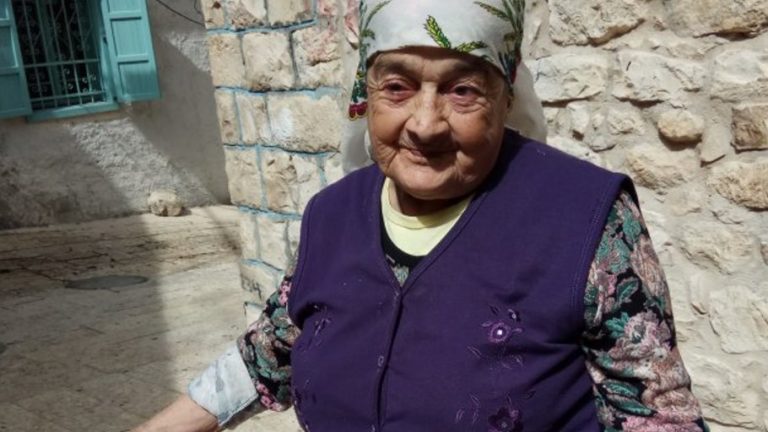 Peki'in has had a Jewish presence since the Second Temple period, until Arab riots in the 1930s. Meet the remaining member of the Zinatis, the only family who returned.

My husband and I recently visited the village of Peki’in, 40 minutes from our home in the Galilee. It was incredibly moving to meet Margalit Zinati, the 86-year-old lone surviving Jew of Peki’in, and to visit the cave where some speculate Rabbi Shimon bar Yochai hid from his Roman oppressors. I love that every single corner of Israel not only has such a wealth of geopolitical and religious history, but that we feel a genuine spiritual connection and link to the Land we now call home. 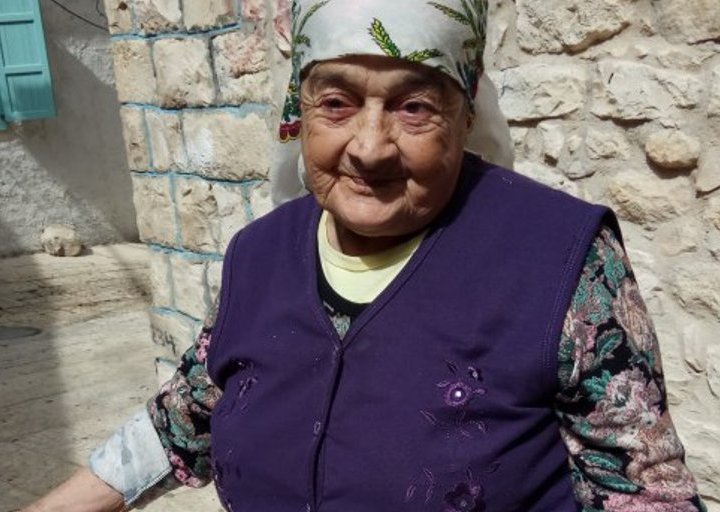 When the Second Temple in Jerusalem was destroyed by the Romans, there were a few families who survived the starvation and massacres; they managed to flee to other areas in Israel. Twenty-four families of Kohanim (priests) thus settled in different parts of the Galilee, including three places near where I live, but these villages today (Kfar Yasif, Shraram, and Arrabe) are strictly Arab (Muslim, Christian or Druze).

Peki’in, high on a mountaintop in the Galilee, is another village settled by Jews from the time of the Second Temple. Three now-unemployed families of Kohanim (without a Temple to serve, the Kohanim were without work) came to live there as well. The Talmudic sage Rabbi Yehoshua ben Haninah transmitted Torah in Peki’in, and Rabbi Shimon bar Yochai (who was one of Rabbi Akiva’s greatest disciples) would hide there. The synagogue served as Rabbi ben Hanina’s house of study. It was destroyed by an earthquake in 1837, but rebuilt in 1873. Two stones in the synagogue are said to have been brought by the Kohanim from the destroyed Second Temple, and there they can be seen to this day. 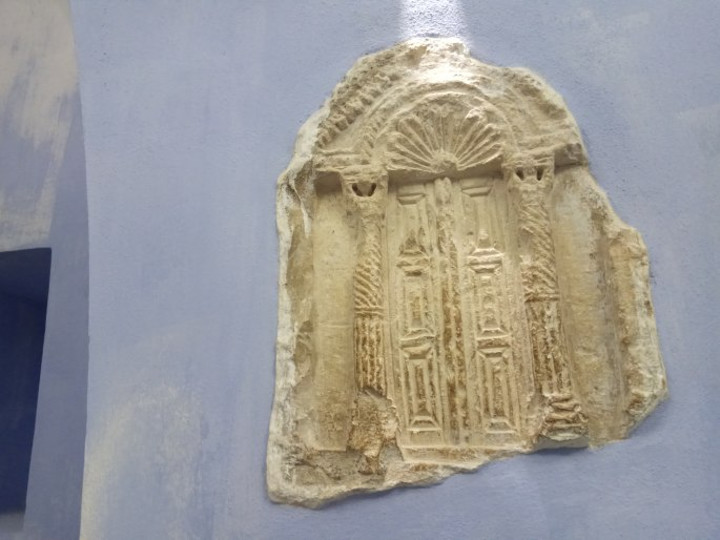 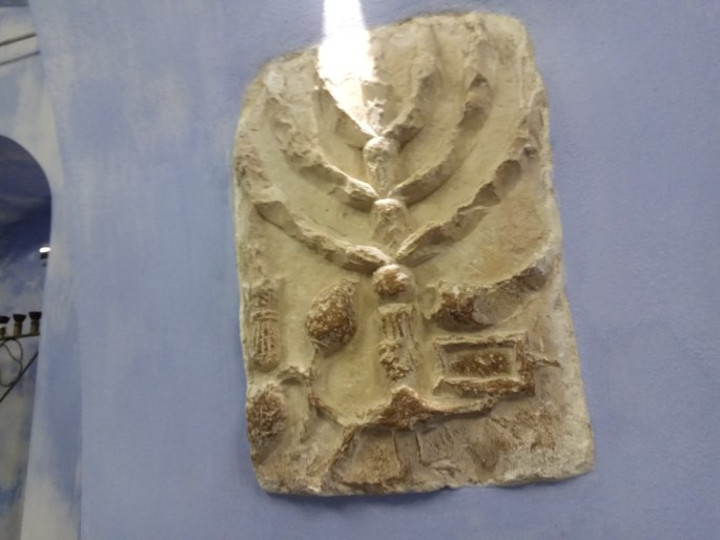 There is a discussion in the Talmud with Rabbi Yehuda and Rabbi Shimon bar Yochai (also known as the “Rashbi”), who was a strong opponent of the Roman regime. Rabbi Yehuda praised the Romans for their architecture and engineering. Rabbi Shimon bar Yochai retorted that the Romans were self-serving and brought immorality and hardship. When the Romans got wind of the conversation, they sentenced the Rashbi to death for sedition. Rabbi Shimon bar Yochai avoided capture and spent several months hiding with his son Rabbi Elazar in different places in the Galilee, finally settling in a cave in Peki’in where he hid for 13 years. The cave was close to a spring and a carob tree; both provided their sustenance. 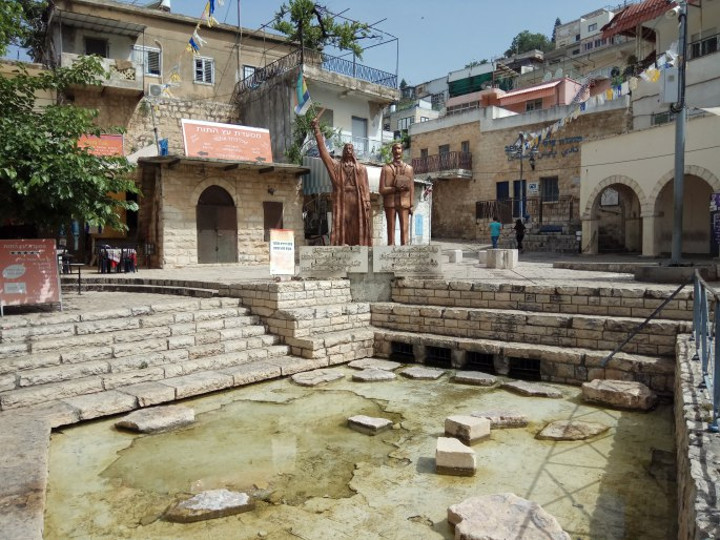 The spring. The statues are of Druze leaders.

To preserve their clothes, they buried themselves naked up to their necks in sand, only wearing their clothes on the Sabbath, and learned Torah all day, every day. It was in this cave that he studied Kabbalah (Jewish mystical thought) and wrote the holy Zohar, the original book of Kabbalah. With the death of Emperor Hadrian, the decree against the Rashbi and Rabbi Elazar was nullified, and after 13 years they finally emerged from the cave that had served them so well.

Today considered a holy site, the cave and a huge carob tree (perhaps an offshoot of the original?) are visited by Jews and Arabs alike. The Arabs refer to the place as “Bnei Yakov” (sons of Jacob). Candles, coins, oil and hastily written supplications are placed at the entrance to the cave by pilgrims and tourists. 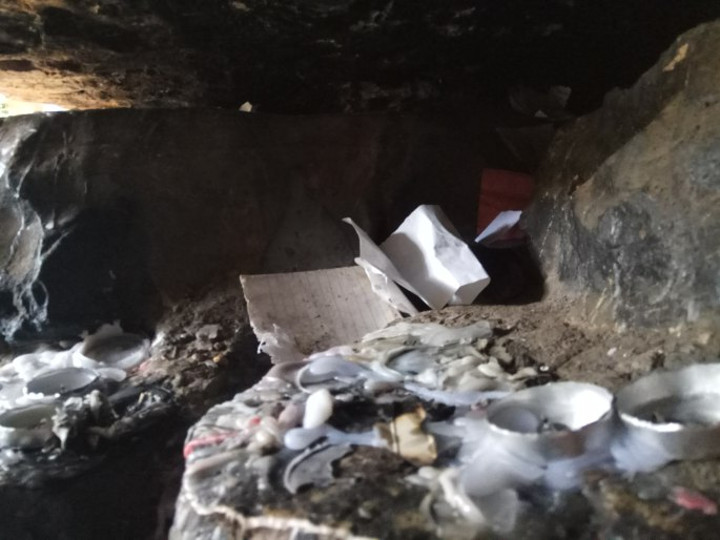 Notes and candles left in the cave by pilgrims

The opening is narrow and the cavern mostly blocked off by boulders – said to be the result of a major earthquake. 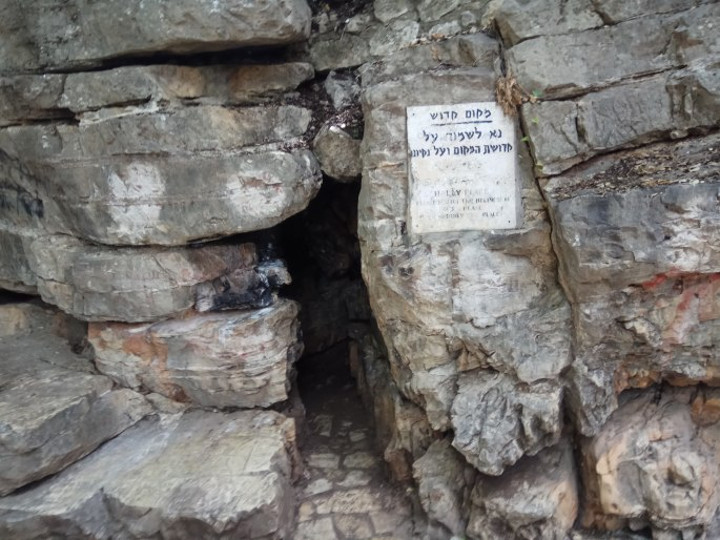 The narrow entry to the cave

Over time, much land was stolen from the Jews. In modern times, things did not get any better. Surrounded by Druze, Christian and Muslim neighbors, some years were, however, peaceful. The Jews assimilated, not in religion, but in adopting Arab dress and language and generally influenced by Arab culture. These Jews were known as “Mustarabim.”

Unfortunately, Jewish homes and land continued to be misappropriated. In the 1920s a Jewish school was built, and there were 50 families still in Peki’in. In the1930s, several Arab pogroms during the Great Arab Revolt resulted in Jews being terrorized and murdered, and many surviving Jews fled Peki’in in 1938 – 1940, never to return. This was the only time in Peki’in’s history that the town was devoid of Jews since the days of the Destruction of the Temple.

Ironically, almost all of the remaining Jewish property was legally sold to Arabs in the 1940s by the Jewish Agency/Jewish National Fund. Disregarding Peki’in’s important historical Jewish legacy, they decided for the remaining Jews’ own safety it was best for the them to settle elsewhere, and they used the money from the property sales to buy land to establish “Peki’in HaHadasha” – a “new” Peki’in village located a few miles away.

Only a single determined, heroic Jewish Peki’in family returned in 1940: the Zinati Family, who were direct descendants of one of the three priestly families who came from the destruction of the Second Temple in Jerusalem to Peki’in so many generations ago. The patriarch Zinati had been rounded up by a gang of Arabs and taken to the town square. The mob said he was a waste of a bullet and prepared a bonfire and kerosene to burn him alive.

She was determined to keep a Jewish presence in Peki’in alive, no matter what the cost.

It was only through the intervention of a Muslim neighbor that saved his life at the last possible moment that he survived. Life became increasingly difficult, and when the school closed down, the Zinati children were sent to boarding school in Jerusalem, with only the parents remaining in Peki’in. The son eventually married and left to raise a family elsewhere. Only the Zinati daughter, Margalit (born in 1931) who by now had finished school, remained in Peki’in with her parents. At that point, she decided her own fate: she would never marry. She felt obligated to care for her parents as they aged, and she knew that if she would get married, she would be forced to live with her husband outside of Peki’in. She was determined to keep a Jewish presence in Peki’in alive, no matter what the cost. 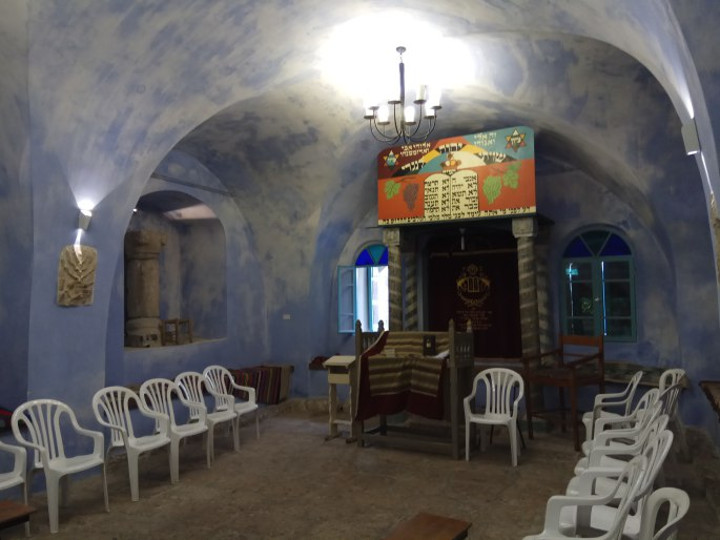 The last Jew of Peki’in, Margalit Zinati is not going anywhere. She still receives visitors daily. She wakes early and hobbles to the synagogue, greeting her neighbors in Arabic along the way. There, she takes a broom and begins sweeping the synagogue interior, as well as the courtyard with its enormous mulberry tree. She loves the tourists and Israelis who flock there to see a living testament to a nearly forgotten era. She entertained us in her heavily-accented Hebrew, reminiscing about her childhood, her neighbors, and Jewish life in Peki’in. She points out the artifacts in the synagogue that were brought by the displaced and exiled priests from the Holy Temple over 2000 years ago when they fled Jerusalem.

“The other families were too scared. We’re not afraid of anyone. We fear only God above.”

She explains that she is still getting over a bout of pneumonia, but she bends without much difficulty to pick up some fallen mulberries off the courtyard ground, walks to an outdoor sink and washes them off, offering us a handful of the fruit. Her eyes twinkle and she beams with pride over her role as caretaker of such an important place. She shows us pictures from numerous awards ceremonies where she was honored, and brags that she was chosen to light the torch for Israel’s 70th Independence Day celebration earlier this year.

She showers her visitors with blessings and they repeatedly wish her “good health, until 120.”

As we get ready to leave, she escorts us from the courtyard. “Of all the Jews, only we returned,” she says. “The other families were too scared. We’re not afraid of anyone. We fear only God above.”

From Bedouin Shepherd to Israeli Diplomat

The First of the Fallen
It Takes A Lot Of Faith To Be An Atheist
How Instagram Brought Back This Nostalgic Soup
What Makes Eli Run?
Comments
MOST POPULAR IN Israel
Our privacy policy