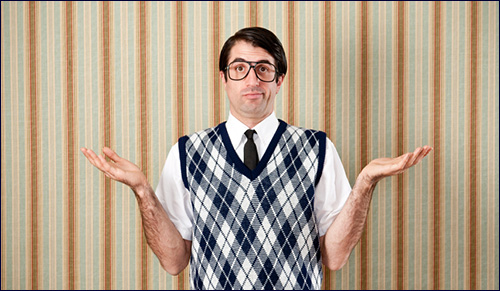 In honor of Father’s Day, let’s learn about these fascinating Jewish fathers.

Much has been said and written about The Jewish Mother. She’s been called funny, intrusive, protective, in charge, and that’s for starters. The number of sitcoms based upon the stereotypes could take up an entire Emmy Award show, which believe me, isn’t easy.

“My father never lived to see his dream come true of an all-Yiddish-speaking Canada” - David Steinberg.

Yet, where is the Jewish father in all this?

Like the image of the Jewish mama, the Jewish father has suffered in cultural media. In European shtetls, he was the forever studious scholar who departed religious and spiritual values, along with Mama in her special way. He was also consulted on the big decisions. But not unlike the old joke, in some Jewish families, even “back then,” the “rule” was “Papa decides the big things, like who should be President and how to achieve world peace. Mama decides the little things, like where they should live, and how to raise the kids.”

Stereotypes maybe, but as with many, there’s some truth to them.

The Jewish woman doesn’t even “Kids come first ... even before the husband”. – Dr. Burt Strug, father of Olympian Kelli Strug. Dr. Strug worked two jobs to insure his children’s education. Says Mama Melanie Strug: “My husband moonlighted so our kids could have the best education, training – whatever they needed.”

Much has been written about the heroism, courage, talent, and brilliance of many Jewish dads

who during times of joy and times of horror, saved their families, and changed the world.

In honor of Father’s Day, I bring you anecdotes and views of Jewish “fathering” you may or may not have heard. I hope you read it with joy, maybe just a little tear – and a greater understanding of the Jewish father.

He was sitting in front of a heap of papers, covered with mathematical formulae. Writing with his right hand and holding his younger son in his left he kept replying to questions from his elder son who was playing with his bricks. — A student.

Who was this 21st. century-style hands-on dad? The greatest mind of the 20th century – Albert Einstein! In the early 1900's the genius frequently walked a baby carriage bearing sons Hans Albert or Eduard, then stopped to write an question. E=MC2 could have been easily misread, for the baby spittle!

When German-Jewish immigrant William Zeckendorf married Julia Frank during American pioneer days, poor Julia had no idea what she was in for. Her groom took her cross country to New Mexico and Arizona to join his brothers in business. Soon, the rough riding dad of four, pistols and rifles in hand, used his other to get involved in merchandising, mining, cattle, farming, and the Jewish community in Tucson. The family returned to New York – this time minus the spurs – but the Zeckendorf determination continued through generations of children who built a real estate empire. Willy’s grandson in fact, put together the land parcel that John D. Rockefeller donated to the United Nations.

FATHER TO TEL AVIV AND TO HIS DAUGHTER

David Steinberg At age 10, “Layos Lenovitz” (Lou Lenert) a farm boy from Hungary came with his family to live in the coal-mining town of Wilkes-Barre, P.A. As a youngster he was mocked and teased for being a Jew. Yet he grew to be a hero. At age 18, Lenart joined the U.S. Marines and after a year-and-a-half of training he entered flight school. After the war, in 1948 he flew clandestine missions in Okinawa and Japan to smuggle war planes into what was to become Israel, evading the British and Egyptians. He took on this dangerous task in anticipation of Israeli independence, especially when he learned that 14 of his relatives were killed in Auschwitz. Ultimately, the Egyptian troops, who had been assured that the Israelis had no aircraft, halted their advance on Tel Aviv. Lenart also participated in the airlift of Iraqi Jews to Israel. But more, he became a movie producer (“Iron Eagle” and “Iron Eagle II,” among others). This “father” of Israel has left Israel another legacy in his daughter Michal, who followed in her father’s footsteps by serving in the Israel Air Force.

FATHERS TO SON: THE BARUCHS:

Many a Jewish father has passed down his values about enriching the world to his children. But one example are the Baruchs. An advocate of cleanliness as preventive medicine, Doctor Simon Baruch (1840-1921), a Prussian-Polish immigrant, who served in the Confederacy as a surgeon, moved to New York City and opened America’s first public bath. More, he was the first doctor to diagnose the need for – then perform – an appendectomy! (1888) Relatively speaking, the good doctor went on to father yet another “apostle” in the political arena: Bernard Baruch, premier advisor to six Presidents.

THE REAL FIRST HISPANIC ON THE SUPREME COURT: A JEWISH SON

In 2009, when President Obama on Tuesday nominated Judge Sonia Sotomayor to the U.S. Supreme Court much was made of her Hispanic heritage. In fact, the first Hispanic to serve was Benjamin Nathan Cardozo, U. S. Supreme Court Justice from 1932 - 1938, a Sephardic Jew of Spanish ancestry. His father, was also a Judge Albert Cardozo, and a strong Jewish community activist. He was Vice President and Trustee of the famous Spanish-Portuguese synagogue in New York City, Congregation Shearith Israel, following in the footsteps of his fore-bearers. Not only did the family participate in the creation of the oldest congregation in North America, an 18th-century Cardozo served as the first Jewish incorporator and trustee of Columbia University and another helped found the New York Stock Exchange in 1792.

PAPA: TOLD IN MANY WAYS

I’ve many read stories from various sources about a particular miracle of the Western Wall in Jerusalem. One that has become popular in different versions involves a falling out between father and son. Inevitably, years pass, the son’s life goes through amazing upheavals, whether it be over religion, or a wife. They all, however, end the same way; the son, wanting to get and give forgiveness writes a note of love to his papa and tucks it into the Western Wall where he finds … a similar note from his father in the exact same place.

It’s always fascinated me how it’s the father, the papa who gets and writes the note. Perhaps

this is one answer to the mystery of the dad. In his quiet way, we need him to be there, we

need him to model values, we need him to take us by the hand and show us the world and its

endless possibilities … and we need to hear him live the word, “Pride,” and bestow it upon us.

A Good Friend
Morality and Abortion: Three Views
There Are No Limits
Adam and Eve Were Vegan
Comments