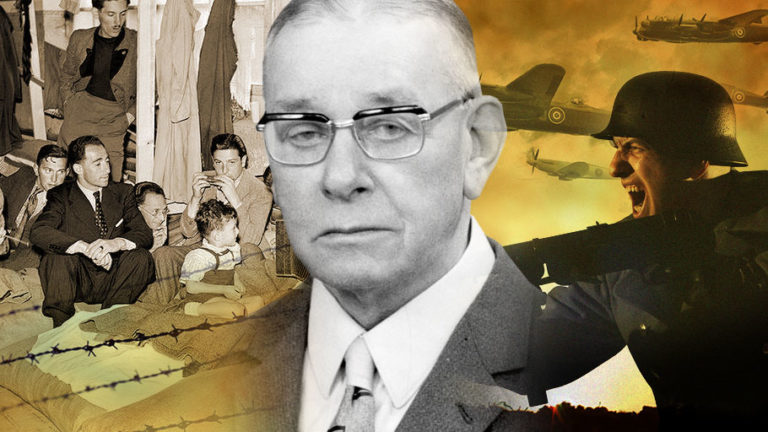 How the football-playing Swiss policeman chose morality and compassion over his career.

Paul Gruninger, born in 1891 in the north-eastern Swiss city of St. Gallen near the Austrian border, was an ardent footballer in his youth. Playing for the local team, he helped them win their only Swiss championship. 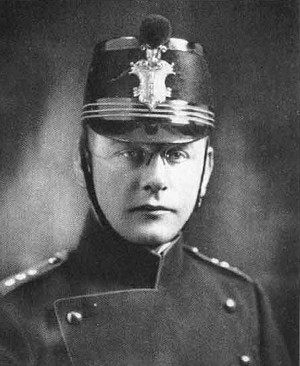 After serving as a lieutenant in the First World War, Gruninger joined the local police force. Successful in his chosen career, he was promoted as police captain of St. Gallen and became president of the Swiss Policemen’s Association.

Then Gruninger’s dedication to his career clashed headlong into critical moral dilemma. When the Nazis annexed neighboring Austria in August 1938, the Jewish residents found themselves in serious danger of persecution. Neutral Switzerland quickly tightened its already strict immigration policy. Afraid of repercussions from Germany, the Swiss government decided to only admit refugees considered as victims of political persecution rather than race or religion. With official channels of emigration closed to Austrian Jews, many decided to risk crossing the Swiss border illegally despite the difficulties and danger of being caught. 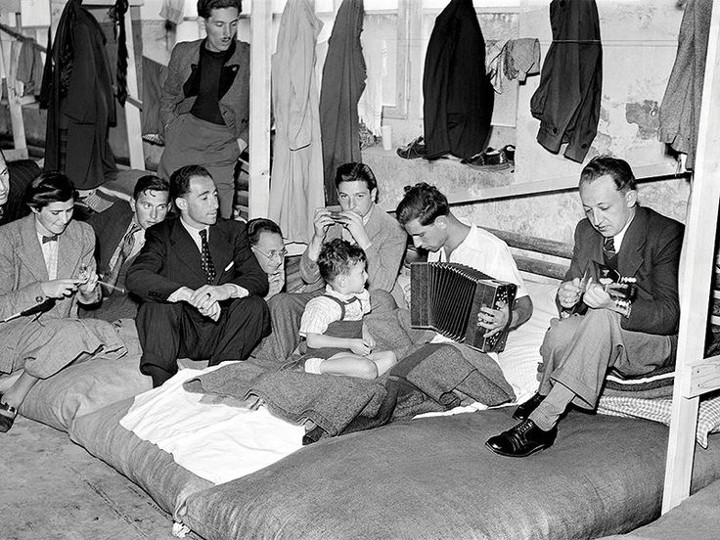 Refugees in the camp at Diepoldsau in August 1938

Although the Swiss government had issued strict instructions to Gruninger that all illegal Jewish refugees must be returned to Austria, he made a heroic personal decision.

Forced to choose between morality and the law of the state, despite the serious risk to his career, he chose to save the lives of over 3500 Austrian Jews. When the Jewish refugees arrived, they were exhausted, hungry and afraid of what might happen to them. Not only did Gruninger permit them illegal entry to Switzerland, he falsified the dates of their documents, classifying them as prior legal immigrants. He went even further to help the refugees, buying them winter clothing with his own money and finding them housing. His valiant efforts continued for a period of eight months from August, 1938 until April, 1939. 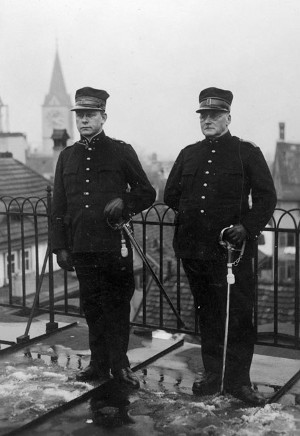 One morning when Gruninger arrived at the police station as usual, he found the entrance blocked by the order of the Commander in Chief. Although Gruninger protested and questioned the move, he immediately realized his actions involving the rescuing of Jews had been discovered.

He had already been warned by a friend of his family who was working in a border post near Bergenz, an Austrian town annexed to the Third Reich. Although Gruninger was on the black list of the Gestapo, he did not pay much attention to this warning. He continued his illegal activities, falsifying documents for Jewish refugees from Austria.

Ironically the Gestapo had been alerted of his activities due to a Jewish woman he had tried to help. The woman had left her jewelry behind in a hotel in Bergenz. When she reached Switzerland, she asked Gruninger to help her recover her belongings. He contacted Ernest Prodolliet of the Swiss Consulate in Bergenz. Having worked with Prodolliet on similar missions, Gruninger felt he was trustworthy.

With a criminal record and his heroism forgotten, Gruninger lived in poverty without his police pension. He never regretted his brave actions.

Then the woman wrote a letter to family members in Vienna commending the kind man who had assisted her. “There is a wonderful police captain called Paul Gruninger. He promised me that he would look after my jewelry and bring it to me from our friend’s hotel.” 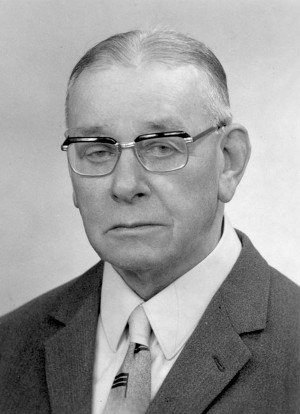 Unfortunately this letter was seized by the Nazis who imprisoned the hotel owner and confiscated the jewelry. From then on, the Secret Police began to keep an eye on Gruninger. Soon afterwards, the Swiss Federal Authorities in Berne were informed about his illegal actions. As a punishment Gruninger was fired from his job without any compensation or pension. In 1940, he was brought to trial for permitting the illegal entry of 3600 Jewish refugees into Switzerland. Found guilty of fraud, he was fined by the court and served time in jail. With a criminal record and his heroism forgotten, Gruninger struggled to find employment long after the war ended. He lived in poverty without his police pension. Yet despite these difficulties, he never regretted his brave actions. 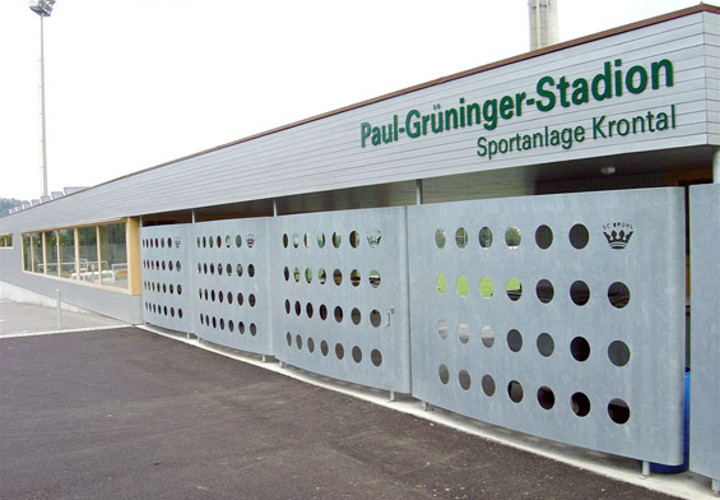 The stadium of Brühl St. Gallen is named in his honor.

In 1954 Paul Gruninger said, “I am not ashamed of the court’s verdict. On the contrary, I am proud to have saved the lives of hundreds of oppressed people. My assistance to Jews was rooted in my Christian world outlook… It was basically a question of saving human lives threatened with death. How could I then seriously consider bureaucratic schemes and calculations? Sure, I intentionally exceeded the limits of my authority and often with my own hands falsified documents and certificates, but it was done solely in order to afford persecuted people access into the country. My personal well-being, measured against the cruel fate of these thousands, was so insignificant and unimportant that I never even took it into consideration.”

“It was basically a question of saving human lives threatened with death. How could I then seriously consider bureaucratic schemes and calculations?”

In 1971 Yad Vashem in Jerusalem granted Gruninger a Medal of Honor as a “Righteous among the Nations”. On that occasion he explained his heroic actions: “My natural inclination to help had its roots in my deep Christian beliefs and in my conception of the world. Although I got myself in difficulties in many cases, there was always a way to get through. I felt God’s help in a powerful and abundant way.”

"Gruninger paid a high price for the choice he made” Yad Vashem said. “In the struggle between his sense of duty as a police officer, and dedication to the concepts of humanity, the latter triumphed."

Paul Gruninger passed away in 1972 at the age of 81. In 1995, 50 years after the war had ended and 23 years after his death, in the same court room where he had been condemned, his trial was reopened and he was absolved from the charges. A year later he was completely exonerated by the Swiss government. 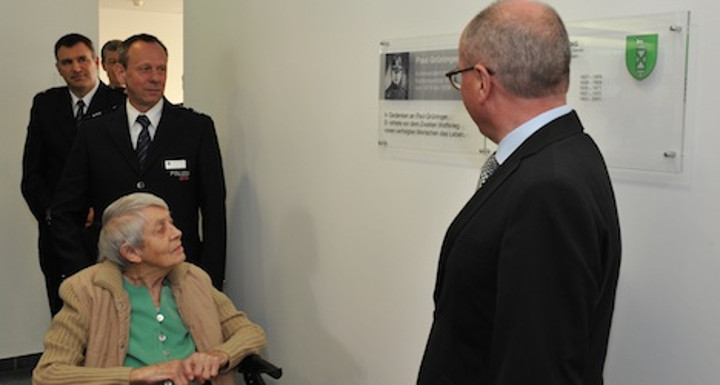 The “Justice for Paul Gruninger” Association was founded to fight against racism and anti-Semitism with his spirit. One of the goals of this association was to request the city of St. Gallen to compensate Paul Gruninger for the damages he had suffered and to rename a public town square near the Police Headquarters after him. A school and a stadium were also named in his honor.

"Paul Gruninger should be an example to us all," said Fredy Fassler, police and justice chief in the canton of St. Gallen at a commemoration for the late officer. Gruninger's 92-year-old daughter Ruth Roduner unveiled a plaque in his honor at St. Gallen police headquarters. His name also appears in the plaque of the monument in the memory of the Jews in Washington D.C. Paul Gruninger was the first Swiss citizen to be honored by the government of the United States. His name and his courage deserve to be remembered.