The American Couple who Risked Everything to Help Holocaust Refugees 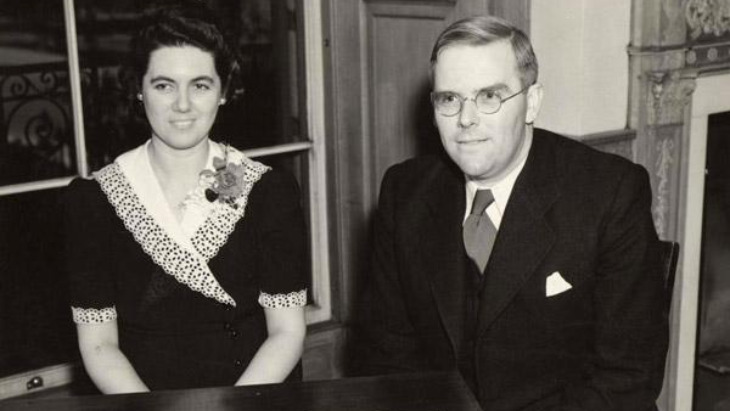 Only five Americans were honored by Yad Vashem as Righteous of the Nations. This is the story of two of them.

Martha and Waitstill Sharp, graduates of Radcliffe and Harvard University, were a young couple leading a comfortable life in Wellesley Hills, Massachusetts with their two young children in the late 1930s. Waitstill served as the minister of the local Unitarian church and Martha was a respected social worker. But their tranquil existence was about to come to an end due to a request from the American Unitarian Association (AUA).

In September 1938, when Nazi Germany invaded the Sudetenland in northern Czechoslovakia, thousands of refugees, Jews and political dissidents fled from the Nazis to the city of Prague in the south of the country.

The Sharps didn’t hesitate to accept the challenge despite not knowing what might await them in Prague.

The AUA, affiliated with the Unitarian church, was concerned to hear about the Nazi occupation. The church, with its strong connections to Czechoslovakia’s small but active Unitarian population, asked the Sharps to travel to Czechoslovakia to assist the refugees and coordinate relief work.

Waitstill discovered that the Association had approached 17 other ministers who had each refused the request. But the Sharps didn’t hesitate to accept the challenge despite not knowing what might await them in Prague. 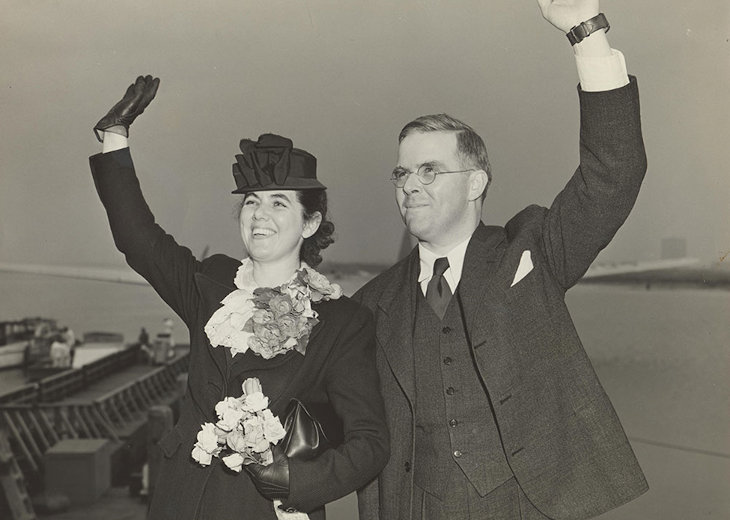 Martha and Waitstill Sharp departing for Europe in February, 1939

In February 1939, leaving their two children in the care of close friends from their congregation, they departed for Europe.

In Czechoslovakia, they were welcomed by the American embassy, grateful to find Americans willing to assist with the desperate needs of the refugees.

Initially, the Sharps' work in Prague involved setting up a voluntary network to obtain travel documents, education, and employment for the refugees. Later, working closely with the British Quakers, Waitstill and Martha assisted hundreds more refugees by providing them with financial and humanitarian aid. Though they had to remind the refugees that the offices were not American territory, and the Unitarians were not an immigration agency, the couple decided to assist individual immigration cases whenever they could, despite the risks involved.

Martha also accompanied a group of refugees fleeing Nazi territory on a long train ride towards freedom in Great Britain, managing to prevent their arrests by invoking her protected status as an American citizen.

As the Nazis approached Prague, the Sharps could have returned to the U.S. but instead decided to stay and continue their work. They secretly burned all their documents and notes in an office in Prague during the night of March 14, 1939. Afterwards, they kept no records of the refugees they smuggled out of Nazi-occupied Europe. For their own safety and for those they were assisting, nothing could be written down. What had first appeared to be a simple church mission suddenly became a dangerous venture with many lives at stake.

The following day, when the Nazis marched into Prague, Martha guided an important resistance leader to asylum at the British embassy. Stopped by Nazi guards three times, Martha’s American passport enabled them to safely get through each checkpoint. A few days later, Waitstill arranged for a member of the Czech parliament to be smuggled from a hospital morgue in a body bag.

The Gestapo did not permit people like the Sharps to continue their life-saving rescue of refugees. In July their office was closed down and the furniture tossed into the street. Yet the courageous couple remained in Prague until August, when Waitstill attended a conference in Switzerland and was not permitted to return to Czechoslovakia. Threatened by imminent arrest by the Gestapo, Martha fled Prague alone. The Sharps then reunited in Paris and sailed for home.

However, in May, 1940, the president of the American Unitarian Association asked the Sharps to again return to Europe as representatives of the newly formed Unitarian Service Committee (USC). Although the danger had increased with many European countries now under Nazi occupation, the Sharps accepted the new mission. 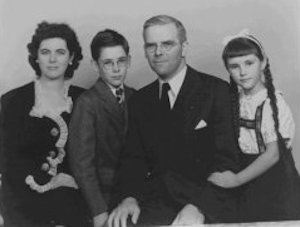 The Sharps with their two children

The Sharps planned to open the USC’s offices in France, but before they arrived in Europe, Nazi Germany occupied Paris. Instead, the couple opened an office in Lisbon, since thousands of refugees were rushing to neutral Portugal hoping to find safety and a ship to the United States.

While Waitstill Sharp was based in Lisbon, Martha worked at a new USC office in Marseilles, the primary port in unoccupied France from which refugees could escape.

Among those the Sharps assisted were Jewish Nobel laureate physicist Otto Meyerhof and writers Franz Werfel and Leon Feuchtwanger. Smuggling Feuchtwanger out of Europe was extremely difficult as he was on the Nazi's "most wanted" list. Dressed as a French peasant woman, Martha accompanied Feuchtwanger by train from Marseilles to the Spanish border where she distracted the guards so they would not discover him. When no extra ship tickets were available, Martha generously gave up her own ticket so that Feuchtwanger and his wife could sail to New York with Waitstill.

Martha continued to find ways to break through the antisemitic United States immigration bureaucracy to allow Jewish children to come to the United States. She determinedly battled numerous bureaucracies to secure exit visas, transit permits, and identity papers for 27 children and ten adults. She sailed from Lisbon with two of the children and four adults in early December 1940. The others followed on a second voyage.

In 1940, Marianne Scheckler was 12 years old, one of triplet sisters who had fled Vienna with their parents just ahead of the Nazis. Now a resident of Laguna Hills, California, Marianne Scheckler-Feder still remembers that day and Martha Sharp: "She was a very elegant lady. Kind of serious and very concerned. You looked up to her... What she did for us was outstanding. It will never be forgotten."

Martha’s organization of the children’s transport became a model for the United States Committee for the Care of European Children, which brought several hundred children from France, Spain, and Portugal to the United States during World War II.

Waitstill and Martha Sharp remained involved with humanitarian organizations after returning to the United States in late 1940. In 2006, after both of their deaths, Martha and Waitstill Sharp were the second and third Americans, after their colleague Varian Fry, to be designated as “Righteous Among the Nations,” a title granted by Yad Vashem, Israel’s memorial to the Holocaust. 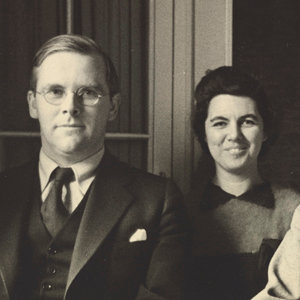 The Sharps have also been recognized by The United States Holocaust Museum, the United States House of Representatives and by more than 2,000 adults and children the Unitarian Service Committee helped rescue from Nazi persecution.

The work of the Sharps is detailed in a book called Rescue and Flight by Susan Elisabeth Subak, published in 2010. A documentary film, Defying the Nazis: The Sharps' War, was co-directed by Ken Burns and the couple's grandson, Artemis Joukowsky III, of Sherborn, Massachusetts.

The Bishop who Saved 1500 Jews
What Makes Eli Run?
The Tyranny of Materialism
Science Enters the Mysterious Inner World of Consciousness
Comments
MOST POPULAR IN Current Issues
Our privacy policy