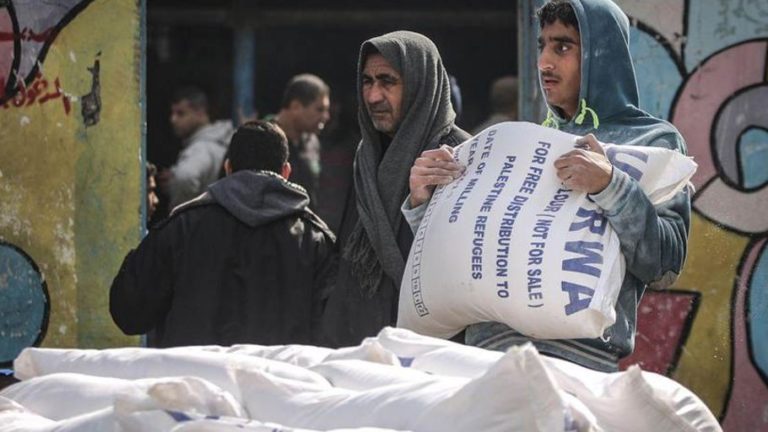 The unique status afforded to Palestinians is the single biggest stumbling block to achieving peace.

News reports suggest the U.S. administration is considering a historic decision to redefine who is and is not a Palestinian “refugee.” I hope the reports are true. A change is long overdue and could actually help the search for peace long-term.

Tragically, there have been countless refugees in the annals of history.

In the 20th century alone, tens of millions of refugees, if not more, were compelled to find new homes – victims of world wars, border adjustments, population transfers, political demagoguery, and social pathologies.

The 1923 Treaty of Lausanne codified the population exchange of Greeks and Turks, totaling more than 1.5 million people.

Huge numbers of Hindus and Muslims moved because of the partition of the sub-continent into two independent nations – India and Pakistan.

Refugees by the millions, unable to return to their countries, were created as a result of the 12-year Third Reich.

The exodus from Cambodia, Laos, and Vietnam after the victory of communist and rebel forces was massive.

Refugee flows from Africa’s civil and tribal wars have been constant.

Yemenis were kicked out of Saudi Arabia by the hundreds of thousands during the first Gulf War due to Yemen’s support for Iraq.

Countless Bosnian and Kosovar Muslims fled, or were expelled, due to Serbian aggression.

And this is just the tip of the refugee iceberg.

Instead of wallowing in victimization or becoming consumed by hatred and revenge, my parents started anew, grateful to their adopted lands for making it possible.

In fact, I don’t have to look far to understand the unending refugee crises of our times – or the trauma they have created. My mother, father, and wife were all refugees. Yet, instead of wallowing in victimization or becoming consumed by hatred and revenge, they started anew, grateful to their adopted lands for making it possible.

This past May, the UN High Commission for Refugees (UNHCR) counted 19.9 million refugees in its jurisdiction, with the largest populations being from Syria, South Sudan, Somalia, Sudan, and the Democratic Republic of the Congo. Over five decades, UNHCR estimates that it has assisted 50 million refugees “to help restart their lives.”

And yet, of all the world’s refugees, one group – the Palestinians – are treated entirely differently.

Indeed, the 1951 Refugee Convention explicitly does not apply to Palestinians, who fall within the purview of the UN Relief and Works Agency for Palestine Refugees in the Near East (UNRWA).

There is no equivalent UN body for anyone else in the world.

The definition of a refugee under the UNRWA mandate is also unique. It covers all descendants, without limit, of those deemed refugees in 1948. This helps explain why its caseload has quintupled since 1950.

Unlike UNHCR, UNRWA does not seek to resettle Palestinian refugees, but rather provides social services while, in effect, keeping them in perpetual limbo.

And despite the crocodile tears shed by Arab countries about the plight of their Palestinian brethren, they have been among the most miserly donors to UNRWA. They assert that it is not their responsibility to care for refugees created by the decisions of others. The top five donors to UNRWA until now have been the U.S. and European governments.

By the way, I should hasten to clarify that only those Palestinians seen as victims of the Arab-Israeli conflict are given this special treatment.

During the first Gulf War in 1991, when Kuwait sent packing 400,000 Palestinians for their alleged backing of Iraq’s Saddam Hussein, there wasn’t much reaction from the international community. And more recently, while thousands of Palestinians have been dislocated by the Syrian civil war, again there’s silence. Arab violations of Arabs’ human rights are seemingly viewed differently, if they’re noticed at all.

And in Lebanon, with its large Palestinian population under UNRWA auspices, the government has long imposed strict restrictions on Palestinians’ right to work in numerous fields. Where is the outcry?

So, we are confronted by something unprecedented.

Palestinians are not the world’s first refugee population, but their leadership may be the first to resist a workable, long-term solution.

Palestinians are not the world’s first refugee population, but their leadership may be the first to resist a workable, long-term solution.

Think about it. In 1947, the UN offered a two-state plan to address competing national claims. The Jews accepted it; the Arabs rejected it. Or in UN-speak, the “proposed Arab State failed to materialize.” Had it been otherwise, two states could have emerged, and with any luck, learned to coexist. Apropos, to this day, that two-state concept remains the most feasible outcome.

Instead, the Arab side went to war. Has there been any war without refugees? Yet, in a case of reverse causality, Israel is blamed for the refugees resulting from hostilities triggered by five Arab countries.

Meanwhile, the Arab-Israeli conflict produced even more Jewish refugees from the Arab world (and Iran). They, however, resettled elsewhere with little fanfare and no attention whatsoever from the UN.

They’ve been used to create the single biggest stumbling block to achieving peace – the Palestinian fantasy of ending Jewish sovereignty in Israel.

Then, by design, the Palestinian refugees, and their descendants ad infinitum, were kept in UNRWA camps to serve as permanent reminders of the impermanence of their situation. Taught to focus their hatred on Israel, and to believe they will one day “return,” they’ve been denied chances for new lives. And they’ve been used to create the single biggest stumbling block to achieving peace – the Palestinian fantasy of ending Jewish sovereignty in Israel.

Even now, 13 years after Israel totally withdrew from Gaza, astonishingly, over 500,000 Palestinians continue to live in UNRWA camps there. Why? Gaza is under Palestinian rule, not Israeli.

While the Palestinians are among the world’s largest per capita aid recipients, much of that assistance has been siphoned off to line the pockets of Palestinian officials – who then turn around and seek more funds for their allegedly neglected people.

It’s the same absurd logic that Hamas deploys when it decries energy shortages, while trying to shell the Israeli power plants that provide electricity to Gaza.

The whole process is abetted by an elaborate, well-funded UN apparatus, encompassing more than just UNRWA, created by a majority of member states to support the Palestinians. By contrast, among others, Kurds, who have a compelling case for statehood, and Cypriots, who have lived on a divided island due to Turkish occupation, have no comparable UN bodies to advance their causes.

This is not to say that Palestinians have had easy lives. They haven’t. It is to say that their leaders, with the complicity of too many, have pulled off one of the most successful spin jobs in history. Rather than resettle the refugees, they have shamelessly exploited them and their descendants.

Therein lies the irreducible tragedy – and the heart – of a decades-long conflict.